Recently Hamid Dabashi published an article on the consequences of Brexit for Europe from a post-colonial point of view.

While I agree with much of what he says, one paragraph caught my attention. It seems particularly inappropriate to put European philosophers, scientists, and politicians in the same basket as a mass murderer such as Anders Breivik.

OPINION: Europe is the creation of the Third World

It reads like this: “Yes, there are nervous ‘European’ philosophers (as they continue to insist in designating themselves) like Slavoj Zizek, or even more zealous Zionists like Bernard-Henri Levy and Alain Finkielkraut, or mass murderers like Anders Breivik, or politicians like Marine Le Pen, or Islamophobe atheists like Richard Dawkins, who fume and fumble at the sight of new Muslim immigrants. But there are also other defiant voices like Alain Badiou’s, who catch these retrogrades red-handed and whose visions are far more embracing of the newcomers.”

Along with Badiou there are many other European philosophers (Edgar Morin and Gianni Vattimo among them) troubled by Levy and Finkielkraut’s brand of Zionism, but that does not justify juxtaposing them intentionally with a right-wing terrorist – who in one day killed 69 young centre-left political activists and set off a car bomb in Oslo that killed eight more people.

The same goes for Zizek and Dawkins. Their views on new Muslim immigrants, which are not alike as Dabashi seems to suggest, are not sufficient reason to place them alongside a mass murderer who wrote in his manifesto that “multiculturalism”, “Islam” and “cultural Marxism” are the enemy.

Also, as much as reasonable people are appalled by French right-wing politician Marine Le Pen’s Islamophobia and her other racist views, she did suspend a member of the party for describing Breivik as “a resistance leader, an icon … fighting against the Muslim invasion.”

‘The West and the rest’ duality

But why would Dabashi link these European writers with a Nazi terrorist and a far-right politician?

Following one of Frantz Fanon’s most iconic phrases, “Europe is literally the creation of the Third World”, Dabashi accuses the Dalai Lama of being a “retrograde cartographer” for recently saying in an interview with the Frankfurter Allgemeine Zeitung that “Germany cannot become an Arab country.”

According to Dabashi this statement is founded in an “unexamined metaphor of ‘Europe’ beyond all reality and geography” that His Holiness shares with millions of others who are also incapable of imagining a Europe that is “tinted with the presence of non-Europeans, Arab or otherwise”.

The problem for Dabashi rests not only in this outdated image of Europe but most of all in a “normative entrapment” that Europeans “can never decode”.

Europe may be the creation of the Third World, but it also might offer the interpretive tools to reveal that Europe and its Other are the same, part of the same world; a world existentially threatened - as long as it is defined - by the capitalist and imperialist idea of globalisation.

Thus, Dabashi considers the recent wave of refugees an opportunity to awaken Europe to “its central paradox: both its racist foregrounding and its liberal illusions.”

I agree that the refugees provide an opportunity for Europe to overcome this paradox. The way we confront the humanitarian crisis they are caught in will determine our future not only as a union but also as an idea, a vision, and a value system.

And here lies the problem: Dabashi, contrary to other postcolonial theorists for whom there is no strict separation between the coloniser and the colonised, suggests that these millions of people are still framed within a Eurocentric notion of “Europe” and the “Other”, that is, the “West” and the “Third World”.

Presumably, this is what drove the Dalai Lama to state that “Germany cannot become an Arab country”, and that from “a moral point of view … the refugees should only be admitted temporarily” and the goal “should be that they return and help rebuild their countries”.

Part of the same world

Although the Dalai Lama does not need philosophers to defend him, it must be pointed out that in this same interview he also states, “Die Liebe ist bei jeder Religion die Kernbotschaft, auch im Islam”, that is, “love is the core message of all religions, also Islam”.

Perhaps His Holiness, like so many others, is not really “dismissive, derisive even, nervously sardonic of even the idea” of Germany becoming an “Arab country”.

Nor does making it a goal to help refugees return to their homes qualify as “dismissive, derisive”. Doesn’t the Dalai Lama, like so many other refugees, wish to return to his country? Who is really disoriented and dizzy here?

I do not wish to deny that many citizens of the European Union are still incapable of accepting the idea that Europe has been exhausting its “enabling emotive universe”, as Dabashi says, but this does not mean that emergency alarms must go off at any mention of Muslim integration in Europe or that there is any reason to fear all Western cultural values in general.

It is worth asking whether it makes sense at this moment to follow Dabashi’s call to resist these Western, European values or, as Zizek recently suggested, whether they should now be “critically reinterpreted, [because] many of them – egalitarianism, fundamental human rights, the welfare state, to name a few – can serve as a weapon against capitalist globalisation,” which is the root cause of the refugee crisis and the imperial wars that have unleashed it.

Europe may be the creation of the Third World, but it also might offer the interpretive tools to reveal that Europe and its Other are the same, part of the same world; a world existentially threatened – as long as it is defined – by the capitalist and imperialist idea of globalisation.

As we can see, the problem with the alarm that Dabashi is sounding is that it can deafen him and others to the differences between scare-quoted European philosophers and politicians and a mass murderer when the only common element is that they all had something to say about new Muslim immigrants.

In the weeks when the Islamic State of Iraq and the Levant (ISIL, also known as ISIS) coordinated attacks in Istanbul, Baghdad, and Medina, perhaps what we need is to remember that thinking, writing, and debating are starkly different from blind violence.

Rhetorical tricks that elide this difference merely propagate outmoded ideas of difference and keep us – all of us – from uniting around a common good and against a common enemy, whether that enemy strikes within the political borders of Europe or without. 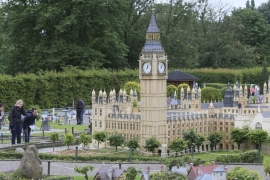 Europe is the creation of the Third World

What will remain of the very idea of ‘Europe’ now that the UK opted to bid it farewell? 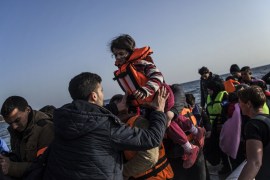 A philosophical approach to the refugee crisis

We shouldn’t wait for philosophy to give us the solution to the crisis, but maybe it can help us propel towards it.