When the Greek sovereign debt crisis broke out back in early 2010, the prospect of Greece’s exit from the single currency regime of the European Union dominated world headlines – and for a good reason.

The bailout programmes, designed by EU officials and the International Monetary Fund and administered in turn by the incompetent, corrupt, and servile Greek political establishment, made the situation in Greece much worse by causing a massive decline in domestic demand and sharp rises in long-term unemployment while the public debt-to-GDP ratio exploded from 128 percent in 2010 to a current 180 percent.

But the much-anticipated Grexit never materialised, and all talk of such a prospect retreated into the background after the Syriza-led government ignored the outcome of an austerity referendum, in which the overwhelming majority of voted “No”, and proceeded in turn to sign a new bailout agreement with the nation’s official creditors.

However, in the aftermath of the UK’s Brexit vote, which sent shockwaves throughout the world economy and temporarily shook the foundations of the Brussels-based corporate and largely politically illegitimate entity known as the EU, talk of a Greek exit has returned in full force.

READ MORE: Brexit may be a good thing for Turkey

Media sensationalism and ignorance or reality? The verdict weighs heavily in favour of the former.

Ever since the eruption of the debt crisis, the political mood in Greece, although anti-austerity, has always been predominantly pro-euro.

The decision on the part of  British voters to leave the EU has had no visible impact on political developments in Greece and the country will continue to be strapped into its euro straitjacket for the unforeseeable future.

Ever since the eruption of the debt crisis, the political mood in Greece, although anti-austerity, has always been predominantly pro-euro.

And it remains so, although recent surveys indicate that those favouring a return to the drachma may now represent more than 37 percent of the entire population.

The reason for the pro-euro stance among the overwhelming majority of Greek citizens is that they are afraid that a return to the drachma under current conditions will cause inestimable damage to the already badly battered economy and will have vast geopolitical implications.

While this stance may be interpreted as a sign of cowardice, given the fact that the country has been experiencing an economic holocaust since the introduction of the bailout schemes, the fears about the consequences of Grexit are directly attributed to the lack of trust among voters in the nation’s political leaders.

The Greek political establishment is not only lacking in vision, but has shown a sickening knack for corruption, for making laws that benefit the rich and powerful  and its own acolytes, and for raping and brutalising public interest with impunity.

This is how the country has been run for much of the contemporary era.

The current pseudo-leftist government in Athens has proved to be no better – in fact it is quite worse – than its predecessors. It came to power  with a popular mandate to end austerity and chart a new course for the economy, but has broken all its pre-election promises, promoted cronyism and political clientelism, and has sided squarely with the interests of the domestic and European elites.

The result is that the vast majority of Greeks now feel totally helpless, demoralised and frustrated and have retreated from public spaces into private enclaves.

Strikes, demonstrations and protests have become increasingly rare phenomena and, when they do occur, the numbers pale in comparison to what was taking place at the start of the crisis.

In other words, most Greek citizens sense that their voice in government and politics doesn’t matter any more and that contemporary representative democracy is a sham.

And they are quite right about that.

The power of raw democracy

In all likelihood, even the Brexit vote will not be put into effect. The British establishment has already expressed its dismay over the power of raw democracy and will surely find a way to ignore the outcome of the referendum and keep Britain in the EU.

There can be no denying that democracy is in crisis today, thanks mainly to the drive for a neoliberal European “superstate”, while the plague of unemployment and economic insecurity paves the way for political apathy and resignation on the one hand, and the surge of extreme right-wing parties and movements on the other.

Back in Greece, most people are concerned nowadays with mere survival, while the exodus of the educated and professional classes continues in record numbers and deepens the crisis.

In this context, there is no mass movement in Greece today striving for an alternative socioeconomic order and for an exit from the eurozone. Only the Leninist-Stalinist Communist Party claims to have an alternative vision for the future of the country, but even the communists do not advocate the return to a national currency.

CJ Polychroniou is a political economist/political scientist who has taught and worked for many years in universities and research centres in Europe and the United States. 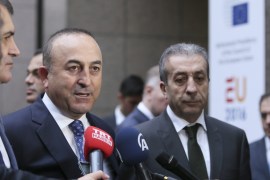 Brexit may be a good thing for Turkey

After Brexit, Turkey and Europe should focus on what is workable for them. 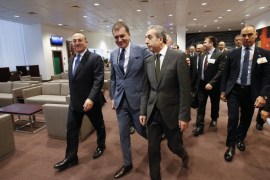 The fragmentation of the EU carries huge costs for Turkey, which can only be ameliorated by closer integration.