This week marks the first anniversary of the Joint Comprehensive Plan of Action, also known as the Iran Deal.

In July 2015, it was a bad deal. In July 2016, it’s still a bad deal. The only difference now is that Iran is stronger and more forthright in the region today than it was before the deal was agreed.

This deeply flawed deal has bolstered Iran’s economy, increased the military threat it poses to the region, and will leave future US presidents in a weaker position to confront and roll back Tehran’s nuclear weapons programme.

As the months now turn into years it is worth recapping why the deal was so bad in the first place.

First, it didn’t achieve the originally stated goal of the international community, which was to stop Iran from ever getting a nuclear weapon.

Rather than cutting off all paths to a nuclear weapon, the deal signed last July only temporarily slows down Iran’s progress towards this goal.

Secondly, under the terms of the deal, Iran regained access to about $100bn in unfrozen assets. It’s important to note that these unfrozen assets do not include the hundreds of billions of dollars that Iran will receive over time as a result of international economic sanctions being lifted.

European and United States companies were jumping at the opportunities to do business in Iran before the ink was barely dry on the agreement.

Even US Secretary of State John Kerry admitted that it is likely some of the money will go to funding Iran’s regional proxy war and terrorism.

Thirdly, important restrictions of the deal end after 10, 15 and 20 years.

Fourthly, the inspections regime is not as strong has it has been suggested. International Atomic Energy Agency only has 24/7 access to Iran’s declared nuclear sites.

If the IAEA suspects nuclear activity at a location not explicitly stated in the Iran Deal it could take as much as 24 days before inspectors are allowed to visit the site. In fact, using certain delaying tactics, as the Iranians have in the past, it is possible that Tehran could stall access to inspectors for months.

Nothing in the past 12 months has indicated that Iran is becoming a responsible actor in the Middle East because of the deal. In fact, the contrary is true.

Finally, under the deal the United Nations arms embargo ends in five years and ballistic missile restrictions are lifted in eight years.

This will allow Iran to upgrade its conventional weapons through imports from foreign suppliers and enable it to more easily arm its foreign allies and proxies.

Nothing in the past 12 months has indicated that Iran is becoming a responsible actor in the Middle East because of the deal. In fact, the contrary is true.

A week before Adoption Day – the day that all sides commit to implement the terms of the deal – Iran launched its new long-range ballistic missile called the Emad.

Iran followed that October 2015 launch with another in November during which Iran reportedly tested the medium-range Ghadr-110 missile.

ALSO READ: Why the US-Iran talks will succeed

These launches were a violation of Iran’s obligations under UN Security Council Resolution 1929, which states that Iran “shall not undertake any activity related to ballistic missiles capable of delivering nuclear weapons“.

Iran continues to stoke the war in Yemen. Iranian military officials have threatened to topple the ruling family of Bahrain. Iran still behaves recklessly in the Gulf and threatened to close the Strait of Hormuz as recently as May.

Perhaps it is in Iraq and Syria where Iran’s nefarious meddling is most pronounced. Hundreds of Iranian soldiers are fighting in Syria to help prop up Bashar al-Assad making a bad situation worse.

Iran has also invested heavily in terms of manpower, money and equipment to help Shia militias in Iraq.

In some cases these militias have been accused of gross human rights abuses against local Sunnis.

The Iran Deal was driven by a political timeline and not a national security concerns.

There was no reason why the deal had to be finalised in the summer of 2015 other than to help build US President Barack Obama’s presidential legacy.

While the Europeans sat by idly and the Russians gleefully, John Kerry did a deal with Tehran that will come to haunt him in the future.

Today, the world faces have a 21st-century Iran longing for the days of the Achaemenid Empire.

It is through the lens of this long history that Iran sees its future – this is something the West fails to understand.

If I was an Israeli or a Sunni Arab leader in the Middle East, I would be frightfully scared of what the future holds for Iran’s activities in the region. 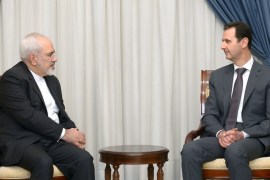 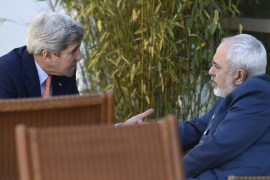