On July 12, the Permanent Court of Arbitration in The Hague issued its ruling on the high-profile case brought by the Philippines over its dispute with China regarding the right of Manila to exploit natural resources in the Exclusive Economic Zone extending from territory it claims in the South China Sea.

The ruling awarded to the Philippines has been widely viewed as an objective an authoritative denial of Beijing’s expansionist territorial claims in the South China Sea based on its so-called “nine-dash line”.

But while tensions in the South China Sea have been building incrementally over the past several months, there should also be significant attention paid to the simmering row between Japan and China in the East China Sea.

Tensions in the East China Sea are multifaceted and focus on more than just the territorial spat between Tokyo and Beijing over the disputed Senkaku islands, known as the Diaoyu islands in China.

The two sides are also at loggerheads over resource issues in the East China Sea as Beijing continues to inch closer to Japan’s Exclusive Economic Zone for natural gas exploration.

Tokyo has levied accusations at Beijing for constructing natural gas projects that, while not technically located within its Exclusive Economic Zone, would likely siphon gas from Japanese seabed nearby the boundary line.

Within the past couple of months, there have been a number of troubling incidents that demonstrate the fragility of situation in the East China Sea.

Meanwhile, tensions continue to build unabated in the waters surrounding the Senkaku islands. Within the past couple of months, there have been a number of troubling incidents that demonstrate the fragility of situation in the East China Sea.

Last month, a Chinese naval frigate entered the contiguous zone of Japan’s waters surrounding the Senkaku islands – an unprecedented ratcheting up of tensions.

Previously, incursions into the contiguous zone – the buffer between a state’s Exclusive Economic Zone and territorial waters – were limited to Chinese coastguard vessels or commercial ships.

Magnifying concern about this incident was the simultaneous incursion by three Russian naval ships and fears of collusion between Moscow and Beijing in order to justify China’s breaking of the status quo.

Last month, China made another unprecedented move by dispatching one of its naval spy vessels through Japanese territorial waters – only the second such move since the end of World War II.

While countries are allowed to traverse through other states territorial waters for innocent passage (as claimed by Beijing), they are not permitted to do so if they are engaging in acts of espionage. The incident occurred in waters near Kagoshima prefecture in Japan’s south, far from the Senkaku islands.

Despite this, the calculated move by Beijing is linked to the territorial row and is a sign that China wants to introduce a more diverse array of tactics to challenge Japan’s administration of the Senkaku.

The introduction of Chinese naval vessels to the dispute is a risky move, especially considering that there still is no crisis avoidance mechanism agreed to by both sides. Chinese vessels continue to make repeated and routine incursions both within Japan’s territorial sea and its contiguous zone surrounding the Senkaku Islands.

Beijing also continues to significantly increase the capabilities of its coastguard and has mastered the art of rebranding its former naval vessels and ushering them into the coastguard.

Moreover, China has plans to construct two “mega-ships” for its coastguard which have a 10,000 tonne displacement – making them the largest such vessels in the world. All of these moves are aimed at forcing Japan’s hand to make concessions in the East China Sea.

The potential for an unintended clash or incident continues to build under these conditions. Meanwhile, the crisis management talks – focused on the maritime and air domains – continue to be held up because of disagreements over the inclusion of the territorial space over the Senkaku Islands.

Tensions in the airspace in the East China Sea have resulted in a record number of scrambles from Japan’s Air Self-Defence Force (ASDF) over the past several months.

There have also been a few recent troubling incidents that nearly involved clashes between the ASDF and Chinese fighter jets.

There is concern that tensions may increase following the Permanent Court of Arbitration decision in the South China Sea as Beijing looks to apply pressure against Japan – and its US ally – which is also helping other states in Southeast Asia as they try to resist Chinese encroachment.

In the coming months, it will be critical for Tokyo to both prepare against Chinese provocations and to maintain its focus on reducing the likelihood of a clash with Beijing in the East China Sea. 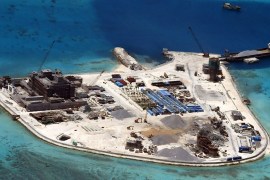