If time truly clarifies the full meaning of past events, then we have much to digest this week as we mark the 49th anniversary of the June 1967 Arab-Israeli War in the midst of warfare, suffering, and state fragmentation across many Arab countries.

In retrospect, the consequences of that terrible defeat would mark a historical turning point in modern Arab history, in several realms.

The June War’s profound military failure and political incompetence buried the 1960s myth of pan-Arab military power in the service of Arab nationalism.

In response to the humiliation of that defeat, the years immediately following it ushered in perhaps the single greatest constraint to genuine, sustained Arab national development in the past century: military officers quickly took full control of Arab governments, and turned the management of statehood into family affairs that were cemented by multiple security services and expanding circles of corrupt crony capitalist beneficiaries.

Syria, Iraq, and Libya were the first states soon after 1967 to succumb to the rule of military officers-turned-strongmen presidents for life – Hafez al-Assad, Saddam Hussein, Muammar Gaddafi – and their shattered lands today attest shamefully to their brutal legacies.

Egypt’s military rule from 1952 transformed in the 1970s into a darker free-market version of its own weak socialist traditions.

The attempts by a handful of military officers to atone for the shocking 1967 defeat ushered in far greater problems that have shattered entire societies.

Yemen, Sudan, Djibouti, Mauritania, Algeria, and other Arab states soon copied this doomed model: former Arab nationalist developmental states which by the 1980s had turned into family-run security states whose citizens had become mere consumers without any meaningful political rights.

During the 1990s’ post-Cold War and oil boom eras, economic growth fell behind population growth rates, and most governments could not continue funding national developmental efforts.

In all non-oil-producing states, a small super-rich class spirited away tens of billions of dollars of public funds, while tens of millions of their countrymen and women steadily saw their life conditions stagnate and their children’s life prospects dim for ever – until they erupted in rebellion in 2011.

The attempts by a handful of military officers to atone for the shocking 1967 defeat ushered in far greater problems that have shattered entire societies.

Poverty, corruption, abuse of power, over-militarisation, citizen alienation, economic polarisation, and emigration of their finest young minds doomed once promising countries such as Iraq, Sudan, Libya, Yemen, Algeria, and Syria to stagnation, poverty, and today’s violence, fragmentation and exports of refugees and terrorists.

Israel’s military defeat of the Arabs in 1967 was followed by some Arabs defeating themselves politically.

We lost that war because we never properly harnessed our natural, human, economic and strategic resources to set our Arab region on a path of sustained and equitable development.

Governance did not centre on enhancing the capabilities, rights and well-being of the citizenry, but rather sought to perpetuate the incumbency and enrichment of a small circle of people who had seized power.

The second significant lesson from the 1967 war was the importance of political power and national advancement being anchored in populist participation.

This lesson is partly evident in the burst of development of the Palestinian national movement after 1967, when it was clear than pan-Arab action would not restore Palestinian rights. This movement has not achieved its main goals, to be sure; but it has registered some meaningful gains.

Its determined political activism rescued the cause of Palestine from the oblivion it was headed for in the early 1960s. Its promotion of Arab popular support for the just cause of Palestine across the Arab region harnessed Arab government support as well.

It tapped into global support for Palestinian rights, in national manifestations and in global forums.

Perhaps most importantly, it showed how a largely unified political movement based on consultative, participatory decision-making within Palestinian national institutions could make the historic transition from hardline militarism and absolutist political demands to a more reasonable set of compromises that would allow Palestinian rights to be restored alongside the state of Israel whose secure existence was a clear global demand.

That was the noteworthy road travelled from the 1967 defeat to the Saudi Arabian-shepherded Arab Peace Plan of 2002 that remains central today to diplomatic efforts by American, French, UN and other global leaders to find a just and permanent resolution to the Arab-Israeli conflict.

Most of all, however, the third key lesson we should recall from the 1967 defeat is about the very high price we pay for the absence of democratic pluralism in most Arab societies.

We lost that war because we were militarily and diplomatically unprepared, but those conditions were due to our being delinquent in our own governance.

Modern history’s verdict is unambiguous: societies that tap the dynamism and protect the rights of their own citizens will achieve national wellbeing more often than those that subjugate citizens and stifle their will.

Rami G Khouri is a senior public policy fellow at the Issam Fares Institute at the American University of Beirut and a non-resident senior fellow at Harward University Kennedy School. 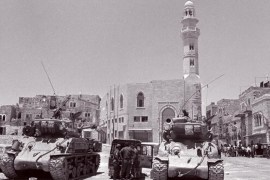 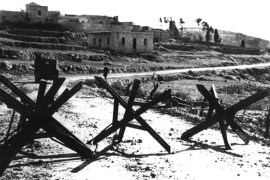