On June 2, the German Parliament adopted a controversial resolution declaring the tragic events of 1915 a genocide. This politically motivated decision is unlawful, misguided and ultimately harmful to the prospect of reconciliation between Turks and Armenians.

First of all, it is important to note that the Bundestag’s decision has no legal basis.

The Convention on the Prevention and Punishment of the Crime of Genocide was adopted by the United Nations in 1948 to make sure that Germany’s atrocities against ethnic and religious minorities, in particular the Holocaust, would not happen again in the future (PDF).

Turkey adopted the convention in 1950 – four years before Germany. The convention was enforced for the first time in 1998, when the International Criminal Tribunal for Rwanda sentenced Jean-Paul Akayesu, a Republican Democratic Movement politician, to life imprisonment.

Nine years later, the International Court of Justice invoked the Convention in Bosnia and Herzegovina v. Serbia and Montenegro. Designating the 1915 events as genocide inherently violates the core legal principle that there can be no penalty without law – “nulla poena sine lege”.

The German parliament’s decision, furthermore, violates European law. In Perincek v. Switzerland, the European Court of Human Rights concluded that it had no authority to determine the status of the 1915 events as genocide under international law (PDF). The Court, moreover, announced that the issue was open to discussion and a matter of debate.

Turkey’s assertion that the resolution has no legal standing was also shared by Bettina Kudla, a Christian Democrat Union politician from Leipzig, who voted against the bill on Thursday.

“It’s not the duty of the Federal Parliament to evaluate historical events that took place in other countries,” she argued after the vote.

On June 2, the German parliament not only violated the law but also made a short-sighted and misguided choice.

By recognising the 1915 events as genocide, the German parliament ignored Turkey’s tireless and unprecedented efforts under President Recep Tayyip Erdogan’s leadership to bring closure through dialogue to Turks and Armenians, whose relations remain poisoned by the tragedy.

The first step was taken in April 2005, when President Erdogan sent a letter to Robert Kocharyan, then president of Armenia, to propose the formation of a joint history commission to shed light on the 1915 events.

The commission, comprising Turkish and Armenian historians along with experts from third countries, would study the archives of Turkey, Armenia and other countries and share their findings with the international community.

Needless to say, the resolution seriously damaged the Turkish community's relations with the government of Germany.

Although Turkey raised the issue several times over the past 11 years, the Armenian government refuses to cooperate.

As a sign of their commitment to working more closely with the government of Armenia, Turkey initiated talks with Yerevan in 2007.

Even though the Turkish government immediately submitted the documents to parliament for approval, Armenian leaders have been reluctant to follow suit.

Finally, President Erdogan became the first politician in Turkey’s history to publicly acknowledge the pain Ottoman Armenians had suffered during World War I, and offered his condolences to their children and grandchildren.

The statement was issued in multiple languages, including Armenian, and published on the Turkish prime ministry’s official website. Similar statements were made in 2015 and 2016, but Erdogan’s reconciliatory declarations were flatly rejected by the Armenian government.

Under the pretext of promoting peace between Turks and Armenians, the German Parliament on June 2 conveniently ignored Yerevan’s uncompromising stance and unjustly targeted Turkey, whose leaders proved time and again their commitment to rapprochement.

By rewarding Armenia’s lack of interest in meaningful progress, Germany made the Caucasus a more dangerous place.

OPINION: Turks, Armenians and the two memories of April 24

The controversial decision, furthermore, places Germany’s relations with Turkey at risk. As a NATO ally, prospective European Union member and a key member of the international counter-ISIL coalition, the Turkish government believes cooperation with Germany could be key to address pressing problems.

In recent months, Chancellor Angela Merkel emerged as a European leader to broker a deal with Turkey, which put in place a mechanism for the legal resettlement of Syrian refugees in Europe and effectively ended the arrival of illegal immigrants in Greek islands.

Unfortunately, the German parliament failed to assume a similar role in the debate about the 1915 events.

OPINION: Why this is so difficult for Turkey

On June 2, millions of ethnic Turks, who make valuable contributions to Germany’s political, economic and cultural life, have been unjustly criminalised by politicians claiming to be their representatives.

Needless to say, the resolution seriously damaged the Turkish community’s relations with the government of Germany.

The controversial resolution adopted by the German parliament showed yet again that politicising history for the sake of accomplishing short-term goals does more harm than good. But there is still hope if the international community unites behind Turkey’s plan.

Without further delay, the government of Armenia should accept Turkey’s 2005 offer to form a joint history commission and unfreeze the approval process of bilateral protocols signed eight years ago.

The children and grandchildren of Ottoman Armenians need Yerevan to start taking concrete steps to get closure and move forward.

Instead of making false claims about Turkey, the international community, including Germany, must put pressure on Armenia to proceed with efforts to resolve a frozen conflict in the Caucasus and redeem themselves.

We have no time for the blame game. Millions of people are praying for lasting peace.

Ibrahim Kalin is the spokesperson for the Turkish presidency. 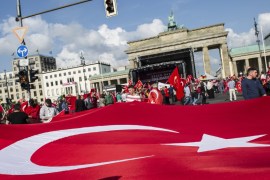 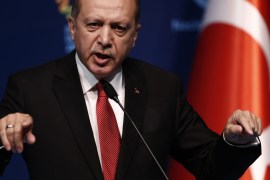