Over the past 10 years China has built about 20,000km of high-speed rail connections, 20 urban public transport systems, countless roads and highways, and dozens of new airports.

At a glance this looks like a massive infrastructure boom – and it is. But at a second glance it represents an unprecedented expansion in human freedom.

In the movies, the human freedom to move is blocked by police inspectors, border checks, and walls.

In reality this most basic physical freedom is mostly suppressed by the simple lack of roads. It is hard to move across the country if you have to walk.

In China even poor people can afford to travel long distances to seek work, visit family, or just explore with a reasonable level of comfort and air-conditioning. Mundane to most Westerners, such freedom to move would be a godsend to most Africans or South Asians.

Everyday freedoms such as the freedom to travel have expanded dramatically in China since the turn of the millennium.

The freedoms to move, to shop, to eat, to choose one’s field of study, and in general to live one’s life as one sees fit are all coming to be ingrained in Chinese popular culture.

To realise how momentous this transition is, think back 40 years to 1970s China. Within that living memory, people had to live where the government said, eat whatever food was served in their work unit canteen and study political slogans above all else.

All of those forms of party-state social control are now gone for good. The Communist Party of China may still pull all the levers of economic and political power, but in the social sphere most Chinese people are freer now than their ancestors had ever been.

If not exactly a golden age for freedom, today’s China is perhaps a silver age in the making. And that’s a big improvement on the iron age of just a few decades ago.

China is not a free country, and Western NGOs such as Freedom House appropriately give China low marks for freedom. Freedom House gave China one of the lowest possible scores on its Freedom in the World index of political rights and second-lowest for civil liberties.

No doubt China has serious problems, but that’s a worse rating than Egypt, which is governed by a military dictatorship that systematically imprisons and kills its opponents.

The freedom of personal choice of everyday activities may not equate to gold standard freedoms like the freedom to advocate the overthrow of the government, but they are probably felt and appreciated by vastly larger numbers of people.

Though China itself may have fitted that description in the years following the 1989 Tiananmen Square massacre, things are certainly much better today. People in China may not be free to call for a new government, but they are at least able to air their grievances with the current one.

In contrast to Egypt, Russia, Turkey, and other high-security states, unsanctioned public protests are actually quite common in China. The government itself is surprisingly frank about this. It even offers some basic statistics on the size and distribution of demonstrations.

Which is not to say that the government quietly accepts public displays of anger. Its reactions are often harshly repressive, especially when public order is threatened.

But then, even in robustly democratic countries like the United States, unruly protesters are often confronted with forceful policing.

Most protests in China are sparked by one of two causes – labour disputes or land disputes. Labour disputes often pit workers against business owners who have not paid wages or are accused of embezzling workers’ social security contributions. Land disputes arise when developers harass homeowners to force them to sell cheaply or move out.

In a country where the government has a hand in everything, both land and labour protests can take on anti-government dimensions. By the government’s own reckoning, 44 percent of public protests involve complaints about government officials.

All this suggests that one of the most fulfilling everyday freedoms, the freedom to complain, is coming to be accepted as a basic human right in China.

The government has even started to integrate the freedom to complain into its system of governance. It increasingly uses public protests as a tool for identifying corruption and other problems.

When people complain, higher-ups take notice: A good official is one who has no complaints. It may not be an ideal way to govern, but it does give ordinary people a voice – however small – in an otherwise alienating political system.

Most people are never going to run for office, but they are going to wear clothes, eat food, live in homes, work at jobs, and, yes, complain online.

OPINION: Is China changing its policy towards Uighur Muslims?

The freedom of personal choice in these kinds of everyday activities may not equate to gold standard freedoms like the freedom to advocate the overthrow of the government, but they are probably felt and appreciated by vastly larger numbers of people.

Even if the quantity of freedom does not make up for a lack of quality, everyday freedoms do have a big effect on the ways people experience their own societies.

One should not sugar-coat the Chinese regime. The fact is that China relentlessly harasses and even imprisons human rights lawyers and others who inconvenience the party and the government.

But at the same time one should applaud the fact that everyday freedoms are increasing every day in China.

From the standpoint of freedom, the past may look dark and the present dim in China, but the future looks promising and, with a little polishing, maybe even bright. 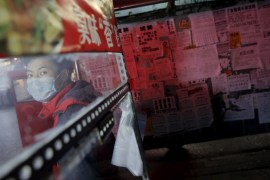