A catastrophic by-product of ongoing conflicts in the Middle East is a lost generation of unschooled children. These children find themselves, through no fault of their own, not only displaced but lacking the opportunity for proper schooling and thus, denied a chance to learn and develop the necessary skills to become fully functional members of society. This lost generation is the tragedy of our time.

According to a 2015 report by UNICEF, the United Nations children’s agency, conflict in the Middle East and North Africa (MENA) region has driven 13 million children out of schools.

Unschooled children are not only a moral challenge, but also one that has negative short-term and long-term consequences both for the refugees, but also for their societies.

Education provides children with the necessary skills to develop into productive members of society. Unfortunately, refugee children fleeing Syria, Iraq, Palestine, and Yemen struggle to find educational opportunities in the countries where they settle.

In the most extreme cases, refugee youth have not attended school in years. For these children, the possibility of finding gainful employment as an adult becomes increasingly challenging.

Besides providing an education, schools serve an important function by socialising children. Because of ongoing conflicts, children are denied the opportunity to develop the necessary social and mental development skills that facilitate growth.

In addition, children in conflict zones face severe trauma through the loss of family members to violence.

Humanitarian efforts tend to focus on physical needs such as food and shelter, but there is less emphasis on dealing with the long-term effects of psychological trauma on children.

The lack of education, coupled with a sense of despair and hopelessness creates the perfect conditions for the radicalisation of refugee children. Without education, refugee youth will not have the economic opportunities provided to children in areas not disturbed by conflict.

UNICEF reported an increasing trend of child recruitment to fight for parties to conflict, especially in Syria.

The international community should push for the de-politicization of schooling and attempt to get both sides of any conflict to agree that children's education should continue.

Children tired of working long hours in sweatshops for little pay tend to find the offer to fight at a salary of $400 a month particularly enticing.

Gordon Brown, the former British prime minister and current UN Special Envoy for Global Education, argues that: “Displaced children are more likely to become the youngest labourers in the factory, the youngest brides at the altar, and the youngest soldiers in the trench.”

Before the outbreak of conflict in Syria, the country commanded a 99 percent enrolment in primary school education (PDF).

The conflict in Syria greatly diminished this number, but the possibility to enrol these children in neighbouring countries could rectify the problem.

Jordan and Turkey have absorbed an estimated 200,000 and 300,000 children respectively in their schooling system, which has put an incredible strain on their existing educational infrastructure.

In Turkey, most classes are taught in Turkish, which poses a problem for students coming from Arabic speaking countries (PDF).

Increased funding could build temporary schools, revitalise the curriculum, and train more teachers to handle the influx of children.

OPINION: Humanity should learn from refugees

UNICEF’s “No Lost Generation” initiative should be revived. Beginning in 2013, the initiative helped fund 600 “school clubs”, which provided remedial education for children missing class for extended periods of time (PDF).

It also facilitated the enrolment of children in Jordan and Lebanon. By revitalising this programme, funding for educational programmes in countries steeped in conflict and their neighbours would receive priority – ensuring the education for a generation of students vulnerable to the problems created by conflict.

The international community should push for the de-politicization of schooling and attempt to get both sides of any conflict to agree that children’s education should continue.

In Syria, where a number of areas remain under siege, schoolchildren should receive protection from local forces to attend schools. Unfortunately, children are routinely barred from crossing into towns held by opposing forces – and apart from one particular case – to take exams.

Additionally, global efforts should strive to create safe spaces for learning, as proposed by the “No Lost Generation” initiative. Even if these conflicts in the MENA region persist, children should not continue to suffer because of opposing political values.

The UN’s “Education Cannot Wait” fund that is currently being launched is a solid step in that direction. The programme is understandably Syria-heavy.

While it also mentions South Sudan and Nepal among other countries – there is minimal mention of Yemen, Libya, or Iraq, whose children remain among those highly affected.

Unfortunately, many worthy programmes are launched, but lose steam due to political deadlock and funding issues.

The “Education Cannot Wait” fund should be embraced and expanded as part of a long-term concentrated strategy to deal with the issue of unschooled children in conflict zones.

Time is already running out. With each passing year, the lost generation keeps growing.

Adel Abdel Ghafar is a visiting fellow at the Brookings Doha Center.

Fraus Masri is a research assistant at the Brookings Doha Center. 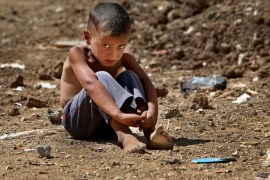 UNICEF says a quarter of the world’s school-age children live in crisis areas and they need more support. 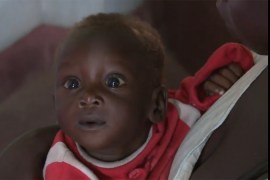