On May 22, the Iraqi government announced the opening of the long-awaited battle of Fallujah, the city only 30 miles west of Baghdad that has been fully under the control of the Islamic State of Iraq and the Levant group for the past 29 months. Fallujah was a critical hub for al-Qaeda in Iraq and later ISIL in the decade before ISIL’s January 2014 takeover.

On the one hand it may seem surprising that Fallujah has not been liberated sooner – after all, it has been the ISIL-controlled city closest to Baghdad for more than two years. The initial reason was that there was always something more urgent to do with Iraq’s security forces.

In January 2014, the Iraqi security forces were focused on preventing an ISIL takeover of Ramadi next door. The effort to retake Fallujah was judged to require detailed planning and a hasty counterattack seemed like a pointless risk.

In retrospect it may have been worth an early attempt to break up ISIL’s control of the city while it was still incomplete.

Then came the loss of Mosul and the battles for Haditha, Samarra, Tikrit, and Baiji. The battle to free Ramadi was fought throughout the length of the war until its recent liberation.

READ MORE: How to prevent sectarian backlash from Baghdad bombings

The Iraqi security forces, mainly Shia elements of the Popular Mobilisation Forces (PMF), settled into a long and inconclusive siege of Fallujah.

For the PMF, which experienced disappointing battlefield results from the spring of 2015 onwards, Fallujah became a way to give the impression that it was still a key player on the Iraqi battlefields.

This siege has caused tremendous material damage to Fallujah, which was never fully rebuilt after the great battles of 2004, when US Marines cleared the city in highly destructive block-by-block fighting.

As importantly, around 70,000 civilians out of the city’s 350,000 original residents remain in the city out of choice or because they are too scared to try to escape.

Shortages of food and medicines within the Fallujah pocket have caused civilian illnesses and deaths that would be preventable under normal circumstances.

The current offensive to liberate Fallujah seems to have been driven by a combination of factors: the mass-casualty bombings in Baghdad during May, the pressure on Prime Minister Haider al-Abadi to show positive results in any field, and the hiatus between the end of the battle of Ramadi and the likely start of the battle of Mosul in the late summer or autumn.

Shortages of food and medicines within the Fallujah pocket have caused civilian deaths and illnesses that would be preventable under normal circumstances.

In theory, there is space for a quick Fallujah operation before Iraq begins to isolate Mosul from the south and west in the autumn and then assault Mosul city itself in the winter. But will it be quick?

The much publicised beginning of the broader Mosul operation launched in March 2016 gave the impression that the city itself was close to being liberated: In fact the fighting was more than 100km from Mosul city.

In Fallujah the relieving forces are much closer – often 5-10km from the edges of the city – but the publicity surrounding the opening days of the offensive have raised expectations of an immediate entry into Fallujah a little too high.

This first week of Iraqi operations have been aimed at rolling back ISIL’s control of outlying areas to the north of Fallujah at Karma, and to the east and south of the city.

The Iraqi Air Force has mounted its most intensive operations of the war to selectively strike ISIL targets in Fallujah with its US-supplied F-16 and AC-208 precision-strike aircraft, Chinese armed CH-4 drones, Russian-supplied attack helicopters and new Czech-supplied L-159 jets,

The operation clearly shows that the Iraqi government, the PMF and the coalition have learned important command-and-control lessons from previous battles.

The Iraqi government, supported by the US-led coalition, is coordinating the battle for Fallujah. They are picking the targets for aerial strikes and commanding the broad framework of the operation.

The PMF, which includes Sunni PMF from the rural areas around Fallujah, are fighting a loosely connected battle that is focused on Fallujah’s rural outskirts.

Some PMF elements, such as Kataib Hezbollah or Asaib Ahl al-Haq, will not receive US air support, but Iraqi aircraft will be on call to help. Importantly, Badr’s leader Hadi al-Amiri said on May 24 that PMF units would not enter Fallujah city.

This division of labour is the product of lessons learned in the battles of Tikrit, Bayji and Ramadi. The PMF cannot “go it alone” in such battles and do not achieve good results in intense urban fighting where coalition intelligence and strike capabilities are critically important.

But Iraq’s security forces and the coalition have learned that the PMF are pretty good at clearing and occupying the rural zones around contested cities and preventing ISIL reinforcements from arriving, which is a necessary part of any effort to liberate a city.

The Iraqi government has learned that excluding the PMF entirely, as in Ramadi, can cause resentment. Time will tell how quickly and how effectively ISIL resistance in Fallujah will be overcome but the formula being used at Fallujah represents a positive evolution for the war in Iraq.

Michael Knights is the Lafer Fellow with the Washington Institute for Near East Policy. He has worked in every Iraqi province and most of the country’s hundred districts. He is a member of the Atlantic Council’s Task Force on the Future of Iraq. 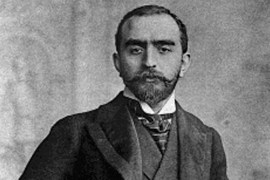