The joke on the street is that Lebanon has no president but Brazil now has a Lebanese one.

But as Brazil’s new interim president – Lebanese descendant Michel Temer – takes over in that country, one suspects Brazilians might have been better off president-free.

Last week, legitimate Brazilian President Dilma Rousseff of the leftist Workers’ Party was suspended from office to face an impeachment trial. She was replaced by Vice President Temer of the Brazilian Democratic Movement Party, who will probably serve out the rest of the term.

What was the great crime that occasioned Rousseff’s ignoble suspension? As Washington DC-based economist Mark Weisbrot put it, “she is accused of an accounting manipulation that somewhat misrepresented the fiscal position of the government – something that prior presidents have done”.

A path of unrepentant neoliberalism

In short, Rousseff’s attempts to temporarily airbrush a budget deficit provided a handy pretext for those wishing to wrench the country from the hands of the left and condemn it to a path of unrepentant neoliberalism.

Meanwhile, the orchestrators of the current coup have engaged in more extreme airbrushing by arguing that it is not a coup at all. In this they are no doubt aided by the operation’s protracted nature, which defies the usual conception of coups as sudden and violent events.

Back in 2009, when the Honduran right wing overthrew the existing political order of that country, the coup was described euphemistically with creative names such as “presidential succession” and even “electoral fiesta”.

In Brazil, they might as well just call it a “carnival”.

To be sure, there are plenty of folks celebrating Brazil’s right turn.

The first item on CNN’s compilation of “five things you need to know” about Michel Temer is that “Wall Street likes him”.

As CNN notes, an economic recovery plan released by Temer’s party last year was hailed by The Financial Times as “the ultimate investors’ wish list”. Now, economic “recovery” will undoubtedly take the form of austerity measures, slashing labour and pension benefits and other manoeuvres guaranteed to thwart public wellbeing.

Rousseff's own popularity has diminished considerably as the economy has faltered.

The second item on CNN’s list, crucially, is that while Wall Street may like Temer, “most Brazilians don’t”. Indeed, a recent opinion poll found that only 2 percent of the population would actually vote for the man in an election.

But hey, democracy is overrated.

Meanwhile, The New York Times editorial board – not usually known for championing the rights of the average human – has found the Brazilian scenario objectionable enough to warrant an editorial reminding us that Rousseff was elected twice and that the “Workers’ Party still has considerable support, particularly among the millions it pulled out of poverty over the last two decades”.

Granted, Rousseff’s own popularity has diminished considerably as the economy has faltered.

Adding to the beauty of the whole spectacle is that, while Rousseff is not accused of graft, a majority of Brazil’s Congress members are themselves under investigation for corruption and other actual crimes.

As The New York Times’ Simon Romero reported, the “impeachment proceedings” against Rousseff were overseen by Eduardo Cunha, the recently-deposed speaker of the lower house of Congress who is “accused of taking as much as $40 million in bribes”.

Cunha’s replacement, Waldir Maranhao, is also “grappling with claims that he pocketed bribes in the graft scheme surrounding Petrobras, the national oil company” – a scandal that has implicated not only Workers’ Party leaders but also, conveniently, some of Temer’s top aides.

Temer himself was fined “for violating campaign financing limits”, Romero notes, which could disqualify him from running in any election for eight years. The result: “An unusual situation in which a politician barred from campaigning ends up running the country.”

The situation is rather unique in other ways, as well, particularly in terms of the characters Temer has chosen to help run Brazil – a country where more than half the people happen to define themselves as black or mixed race.

Vincent Bevins, author of a Los Angeles Times dispatch entitled “In post-impeachment Brazil, the new conservative Cabinet is 100 percent white men”, emphasises that Temer’s is the “first executive government since the fall of Brazil’s military dictatorship in the 1980s to not have a woman in the cabinet”.

I recently spoke with Brazilian journalist Mariana Serafini, whom I met in 2013 in Paraguay when that country was dealing with its very own right-wing coup-disguised-as-a-non-coup.

Lamenting the role of an excessively biased media in inciting anti-Rousseff agitation, Serafini took stock of the damage to society Temer has already managed to inflict by, for example, eliminating the Ministry of Women, Racial Equality and Human Rights.

According to Serafini, some Brazilians who initially supported the suspension of Rousseff are already reconsidering their stance in light of looming prospects of spending cuts, an increased retirement age, and other punitive neoliberal traditions that “hurt the poor the most”.

It’s not clear, however, what opportunities remain for putting on the brakes. After all, this is not really a coup against Rousseff but against democracy itself. 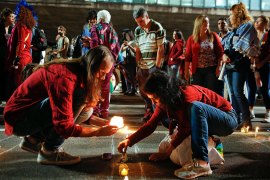 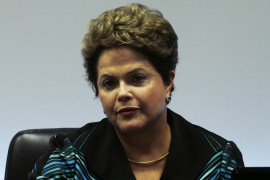