Turkish citizens’ ordeal with the Schengen visa covering most of Europe is quite old. The country has been a candidate to join the bloc since 1963, and its citizens met the visa wall for the first time in 1980 when the country was once again embroiled in political turmoil and generating refugees.

Germany shut the door then, followed by other Europeans. Over subsequent years, abandoned by their authorities in the face of this fait accompli, Turks have filed suits against European states before European or international courts. They have won many of them but, alas, never managed to trigger jurisprudence and the waiver of the visa.

Despite the Customs Union between Turkey and the European Union, since 1996, Turkish businesspeople have experienced visa difficulties while their European counterparts face none, giving them a competitive advantage.

In addition, Erasmus students from Turkey were unable to join European universities, researchers trying to attend joint meetings were denied access and journalists were unable to go after a news story.

There are many incidents of unfair treatment that Turkish people have experienced. A “visa hotline”, launched by three NGOs between November 2009 and January 2010, received almost 1,000 applications in the first two months.

The Turkish business world, academia and civil society groups have tried to resolve this injustice by relying on legal agreements between Turkey and the EU.

A case law has emerged on the issue, leaving the EU with no legal grounds to sustain its current practice.

The greatest obstacle to visa exemption remains political. The presence of Turkish nationals among ISIL ranks, huge numbers of unemployed in Turkey, as well as Turkish asylum seekers whose number is increasing due to the political situation in the country, are all extra arguments before any positive decision.

Nevertheless, nothing was sufficient to resolve the problem. Several EU member states have failed to fulfil their obligations in compliance with the case law, arguing that legions of unemployed Turkish nationals would rush to Europe in the event of visa facilitation.

When the EU introduced visa exemption for visitors from Albania, Bosnia-Herzegovina, Macedonia, Montenegro and Serbia, however, the visa requirement for Turks became unsustainable.

Finally in 2013, the Turkish government took up the issue and, bearing in mind the visa liberalisation deals struck with several other states, it pushed for a blanket waiver for Turkish citizens.

The European Commission mandated to negotiate the deals on behalf of the EU came up with 72 technical – as well as political – conditions that are difficult to meet.

Compliance work started immediately after the signing of the deal in December 2013, but the first monitoring report of October 2014 showed that many hurdles continued to lie ahead.

The second monitoring report was released on March 4, 2016. It was no better than the first but in the meantime, the so-called “refugee deal” was concluded between Turkey and the EU. The final report came exactly two months later with a sea change (PDF).

The Commission has suddenly decided to overlook almost all shortcomings in the compliance with 72 criteria, happily exaggerating the achievements and showing a rosy Turkey where everybody, including refugees, is happy, safe and sound.

In the meantime, Turkey has hastily passed laws and regulations to comply with the requested criteria, but more decisively managed to curtail the crossing of asylum seekers to the Greek islands of the Aegean.

Germans were quick to applaud these achievements, with Chancellor Angela Merkel rushing to visit Turkey several times in a row. She figured in photo-ops in sanitised refugee camps and utterly disregarded all technical and political shortcomings.

Under strong German influence, the Commission came up with its positive recommendation to waive visas for Turkish citizens on May 4.

In other words, the 72 criteria have become meaningless in the eyes of Berlin and its obedient servant the European Commission in view of Turkey’s performance.

But as of that day, another process started, marked by growing awareness among the European public about the issue, and they began to react immediately. For instance, 62 percent of surveyed Germans have expressed a negative opinion on the visa waiver for Turks.

Right after the deal, Turkish President Recep Tayyip Erdogan announced that one of the key requirements – unfulfilled so far and pertaining to the revision of the extensive definition of terror in Turkish laws – was unfeasible, pouring cold water on celebrations in both Berlin and Ankara regarding the imminent visa waiver.

In Europe, however, French President Francois Hollande has clearly indicated that the 72 criteria are not up for negotiation, and this is disturbing for Turkey.

Erdogan is actually pushing for an extension of the definition of terrorism so as to include notions such as “unarmed terrorist organisation” and “individual terrorist”.

At this stage, one should note that although visa-free travel is – legally speaking – the right of Turkish citizens, widespread Islamophobia and Turcophobia in Europe might prevent a happy ending.

The greatest obstacle to visa exemption remains political. The presence of Turkish nationals among the ranks of Islamic State of Iraq and the Levant (ISIL, also known as ISIS), the high unemployment rate in Turkey, as well as Turkish asylum seekers whose numbers are increasing owing to the political situation in the country, are all extra issues to be considered before any positive decision is taken.

We will soon see whether Ankara will reduce its vigilance over potential asylum seekers in order to put pressure on Europe to reduce or dump the visa-exemption conditions.

This policy might backfire, as Ankara’s standing in Europe is shrinking by the day in view of its human rights violations.

As I have always reminded decision-makers in Europe, unless borders are tightly controlled and guarded by the military, as in North Korea, refugees without any future in Turkey will continue to flow into the EU.

Turkey may keep refugees for a while, but they will keep coming. 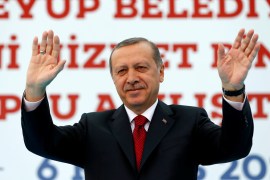 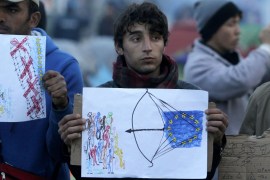 EU Commission says Turkey met most of 72 criteria needed and invites legislative organs of the bloc to endorse the move.