Recent clashes between Azerbaijan and Armenia in the Nagorno-Karabakh region – an occupied Azerbaijani territory according to four United Nations Security Council resolutions – have claimed the lives of more than 30 from both sides. At the time of writing, Azerbaijan declared a unilateral ceasefire.

In military terms, it would be fair to say that Baku and Yerevan would not go into an all-out war.

However, a warlike rehearsal through skirmishes and the trajectory of the recent clashes hinted at what the next war between Azerbaijan and Armenia would look like.

In such a case, the Azerbaijanis would rely on rapid combined-arms offensives to achieve decisive results swiftly, while the Armenian defence planners would attempt to hold on to their topographically advantageous defensive lines and launch small-scale counter-offensives to regain lost positions immediately.

Russia would pretend to be a peace-mediator, while supporting the Armenian defence through the back door.

Finally, Turkish public opinion would strongly side with Azerbaijan, and Ankara would play a supportive yet cautious role.

Beyond the ‘usual’ tensions

Apparently, the recent round of skirmishes presents a different case from the “usual” tensions between Azerbaijan and Armenia.

Although casualty reports of the two parties’ officials differ, they overlap on the military equipment that was used. Both sides reported helicopters, main battle tanks, and other armoured vehicles with artillery support being involved in the engagements.

Baku's actions are stemming from the very fact that the Nagorno-Karabakh and occupied territories issue remains well beyond realpolitik-driven parameters.

From a military standpoint, the clashes are tantamount to what modern doctrines call “combined-arms operations”. The course of action is based on a sophisticated use of different military assets through a simultaneous and synchronised operational way in order to achieve what “each arm” could not accomplish separately.

Therefore, “arms” on the battleground compensate for each other’s vulnerabilities, while providing unique advantages to advance.

In a simplified tactical scenario, tanks provide manoeuvring and protection advantage to infantry, while the infantry protects tanks from anti-tank systems. Simultaneously, artillery pins down enemy formations while attack helicopters hunt down enemy tanks to pave the ground for an armoured offensive.

Notably, combined arms operations cannot be compared with sniper fire-exchange over contact lines. They are conducted to achieve decisive and destructive results swiftly. Clearly, at strategic level, this type of operation aims to change control of terrain.

Severity of the military option

A key detail about the strategic balance in Nagorno-Karabakh came into the picture when the Armenian President Serzh Sargsyan announced casualties, without specifying whether the fallen troops belonged to the local militia of Karabakh or the Armenian military.

This was a small but critical detail, as for some time Azerbaijani military analysts have been focusing on distinguishing the Armenian casualties resulting from the border clashes. In this regard, Azerbaijanis argued that the majority of the Armenian losses were from Armenia rather than the local armed elements.

OPINION: Is war imminent in the Caucasus?

Moreover, the Armenian army – mainly relying on conscription and having severe shortages to finance its armement – has been facing significant modernisation problems in recent years.

Coupled with the manpower problems of the Armenian side, the overall military balance has been shifting in favour of Baku in recent years. The only exception in this regard would be the decreasing oil prices that would affect Azerbaijani military modernisation.

On the other side of the border, the Azerbaijani National Security Concept, which was approved by President Ilham Aliyev in 2007, openly states that a settlement with Armenia could be achieved only under a complete withdrawal of Armenian forces from the occupied territories and full restoration of Azerbaijan’s sovereignty.

OPINION: Nagorno-Karabakh: The death of diplomacy

In tandem, the current military doctrine of Azerbaijan, which was adopted in 2010, underlines the right to exert military force to regain Nagorno-Karabakh.

Thus, Baku’s actions are stemming from the very fact that the Nagorno-Karabakh and occupied territories issue remains well beyond realpolitik-driven parameters.

Rather, it constitutes a vital component of the Azerbaijani strategic culture as the top security agenda and matter of pride for the nation. In other words, the military option is really on the table for Baku.

At this point, the primary drawback of the Aliyev administration is stemming from the risk of igniting a regional conflict in which Russia would support Yerevan.

From a broader perspective, the Russia factor appears more complicated than “simply” a military alliance with Armenia.

Moreover, although Russia’s lucrative arms sales to Azerbaijan and its military alliance with Armenia might seem contradictory, such a course of action even bolsters the aforementioned situation.

During the clashes, Turkish public opinion showed a strong solidarity with Azerbaijan due to the shared national identity. Yet, it seems, Ankara would still avoid a regional war, and opt for capacity-building measures to support its ally.

Can Kasapoglu is a defence analyst at the Istanbul-based think-tank the Center for Economics and Foreign Policy Studies (EDAM). 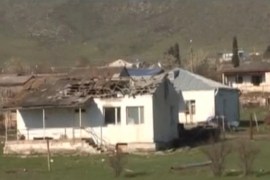 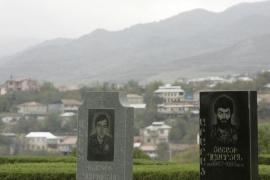 Twenty years after the ceasefire, can ‘citizen diplomacy’ succeed where official talks have failed on Nagorno-Karabagh? 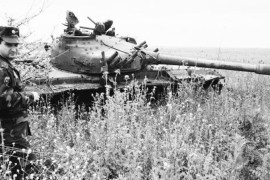