Unlike Syria and Libya’s fiery implosions, the nation-state is folding silently in Greece. So what is globalised neoliberalism doing to us?

Just over a decade ago, Athens pulled out all stops to host that festival of internationalism, the 2004 Olympic Games. In the process, it drove itself into spectacular debt and today, in a carnival of desperation, the government is re-using its rusting sports facilities as refugee housing.

For a while now, conventional nation-states in the East Mediterranean have been splintering. They are turning into the kind of chaotic territories contested by trade blocs and corporations that hint at a future where land is divided between highly-regulated “civilised” zones and no-man’s-land wildernesses. The Panama Papers have exposed the manoeuvres of a hyper-liquid transnational elite, enriching themselves both through international trade and the manipulation of public office.

The authority of the state, whose chief organising principle is a monopoly on violence, is undermined daily, especially in a country like Greece frozen in glacial economic failure since 2010 and now swamped by the global refugee crisis.

In the first two weeks of April, China snapped up the country’s main port in a bargain basement deal; troops from the neighbouring Republic of Macedonia reportedly entered Greek territory to shoot tear gas and plastic bullets at refugees seeking to escape Greece; Turkish fighter-jets repeatedly invaded Greek airspace; and a Belgian artist appointed to head the country’s primary art festival pleaded unfamiliarity with the local culture and revealed an all-Belgian line-up instead.

Meanwhile, far-Right and radical-Left gangs fought each other in the capital over whether refugees should have the right to remain, and capital control restrictions on Greek banks entered their tenth month. It is an extraordinary litany of assaults on some of the key pressure points any state expects to control: its ports, territory, cash-flow, and national culture.

Germany and Turkey can agree on a win-win formula in resolving the refugee problem to their mutual advantage, and ... Greece ends up becoming their unintended dumping ground.

Much of the rest of the Mediterranean region is faring far worse. Libya collapsed in 2011, when NATO assisted rebels to remove the Gaddafi regime. UN efforts to keep the country together through a national unity government are segueing towards calls for an European Union-led intervention.

In neighbouring Egypt, crowds have taken to the streets to condemn the ceding of two contested islands to Saudi Arabia, itself an extraordinary example of capital purchasing sovereignty. Civil strife and military operations continue in Turkey, whose Kurdish-dominated southeastern cities increasingly resemble Syria’s. Nearby Iraq is still in the tailspin it was tipped into by the 2003 US regime change.

But Greece is not an African or Middle Eastern failed state. It is a member – just about – of the world’s most powerful block of nations, the European Union. Yet its privileged status is more of a risk than any protection at a moment when the global competition between states and a tangle of affiliated corporations and individuals sweeps away all before it.

Geopolitical heavyweights Germany and Turkey can agree on a win-win formula in resolving the refugee problem to their mutual advantage, and an already weakened Greece ends up becoming their unintended dumping ground.

Too small to matter, the only time Greece threatened the EU was when it attempted to walk away from its debt in 2015.

Had it done so, it would have set an explosive example to other, more indebted EU members whose default would have destabilised the whole system.

For Brussels to claim that Greece’s debt had been successfully resolved, Athens had to be kept in an EU straitjacket, even if this implied its internal collapse.

So Greece finds itself in a Sisyphean cautionary tale, preserved within the EU in a zombie limbo that keeps the outward trappings of state intact even as the overseeing trio of the European Commission, the International Monetary Fund, and the European Central Bank impose reforms enabling neoliberal forces to continue systematically denuding the state of its motors.

In Greece or elsewhere, transnational companies such as Airbnb and Uber take advantage of the tarmacked roads and safe neighbourhoods guaranteed by the state to undercut the existing regulated hotels and taxis, extract value, and repatriate it to corporate headquarters.

ALSO READ: The wild will chase away the tame

In doing so, they deny the same state whose stability they profited from the ability to raise the tax income necessary to continue providing order.

Compelled by the Troika, Athens overtaxes its citizens to the point of choking potential economic growth, and sells off its infrastructure at bargain basement prices in the pursuit of quick cash fixes to mounting debt deadlines.

As reduced government budgets deny it the ability to provide social services to its citizens, the government becomes incapable of holding up its part of the social pact. Collapse beckons.

The very different ways in which Syria and Greece collapsed places them at opposite ends of a spectrum of violence ranging from the visible to the invisible. Both got caught up in a geopolitical maelstrom, failed to meet their citizens’ needs by attracting enough international capital to keep their economies afloat, and started splintering.

But while Syrian cities became rubble wastelands from which millions fled, Greek cities brim over with tourists and expats. Calm and sunny as Athens may appear, skyrocketing suicide rates, chronic unemployment, and a punishing youth braindrain reveal the damage inflicted beneath the country’s surface.

Scaling beyond the nation-state

Like civil war, austerity systematically removes ordinary Greeks from the transactional equation, trapping them inside low-income bubbles rather than refugee camps. But it also spares the country’s wealth–producing resources, leaving them available to others. As the cost of living plunges to among the lowest in the EU, the quality-of-life on offer remains among the highest. As for the Greeks who just happen to live there, they can no longer afford it.

As internet-enabled globalisation continues to nibble away at physical obstacles, siphoning away national sovereignty, we are transitioning to a post-state system. For those who lack the languages and skills necessary to remain competitive, the process can be terrifying enough to push them into the arms of identity politicians who reward obedience with the promise of a return to a stable, idyllic past.

Never mind that very often, these same strongmen are in cahoots with the transnational companies conscientiously stripping their countries of value or sabotaging their ability to provide the public works and security expected of them.

The entities that will survive this neoliberal cull are those that harness the transnational actors and tax them in a manner creative enough to plough value back into the communities they are currently only extracting from. This is a transnational challenge that can only be dealt with by the state or non-state actors representing large populations collaboratively.

Iason Athanasiadis is an award-winning photojournalist who covers the Middle East. 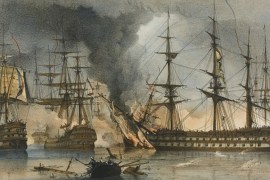 Could Greece become the Libya of Europe?

Recognising its similarities with Libya should be Greece’s first step towards avoiding a similar fate. 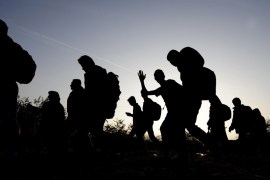 The wild will chase away the tame

Refugees streaming into Europe are victims and agents of a misdirected modernity that will transform our societies.