When American and Russian spokespersons deny the existence of a secret agreement between them over Syria, they’re not necessarily lying – but they are being misleading.

They don’t need an agreement to have an understanding. This is evident by what they’ve highlighted as much as what they de-emphasised during US Secretary of State John Kerry’s last visit to Moscow.

It’s also evident in Kerry’s attempts to bring US regional allies on board with these new understandings.

Russian media is abuzz with leaks and innuendos about the US finally recognising that the way forward in Syria goes through Moscow, and that treating Russia like a second-rate power – whether in Eastern Europe or the Middle East – could equally hurt American interests.

After a four-hour meeting between Kerry and Russian Foreign Minister Sergey Lavrov, the relations between the two countries, which soured over Ukraine, appeared to be softening.

The secretary said the US “reached a better understanding of decisions President [Vladimir] Putin has made of late”, a particularly tolerant comment after the two countries engaged in what seemed to be a proxy war in Syria.

READ MORE: What can a Jewish folktale tell us about Assad?

They came out of their meeting with a “target schedule” and agreed to speed up the timetable for Syrian political transition – with the goal of having a new Syrian draft constitution by August.

Now that Putin has strengthened Bashar al-Assad’s position, and Obama made it clear he will only focus on fighting ISIL during his last year in office, the ducks are lined up for a Russo-American 'understanding' on Syria.

Indeed, despite their distaste for each other, US President Barack Obama and Putin have found a way to work out their differences through their foreign ministers. (This is the subject of a five-part series that Al Jazeera will publish in the coming days).

The US administration doesn’t deny its need for and willingness to work with the Kremlin to get this done, especially when Obama made it clear that he has no intention to get his own hands dirty in distant conflicts.

Well, with one exception: ISIL.

The Obama administration announced this week that it will expand its military campaign against ISIL and find ways to intensify the battle.

Now that Putin has strengthened Bashar al-Assad’s position, and Obama made it clear he will only focus on fighting ISIL during his last year in office, the ducks are lined up for a Russo-American “understanding” on Syria.

The US has caved in on the need for Assad to go and accepted the Russian position that the choice should be left to the Syrians – or, in other words, that Assad must stay.

Lavrov covered up their disagreements on the issue by saying: “The US has plenty of partners who do not agree with them … It does not mean that the differences on one particular issue should stop them from talking at all.”

Unless asked about the Syrian dictator, the secretary didn’t even bother bringing him up after the talks – refusing to say whether or not the future of Assad figured in the talks.

The new Russo-American complicity centres on ignoring the “contentious” issue of Assad’s future in favour of focusing instead on writing a new constitution that redefines the Syrian system of governance and the role of the presidency.

They reckon that if the Syrians embrace a parliamentary system with only a symbolic role for the presidency, then Assad would lose his powers.

And even if Syrians embrace a presidential system, Assad could run like any other Syrian in a future transparent, internationally monitored election based on a new constitution with clear divisions of authority.

And therein lies the scam.

No, Assad is not “like any other Syrian”.  Any such phrasing is an insult to the memory of the hundreds of thousands of Syrians who died because Assad insisted on monopolising power.

It’s an understatement to say that Assad has forfeited his right to run for president when he barrel-bombed his own cities. But such a moral argument is lost on the cynics, many of those governing the region and the world.

And what about the political argument? The basic premise advanced by Moscow and embraced by Washington, goes as follows: Why dictate who should or could govern the Syrians, when they can make that decision in their own in democratic elections to be held in just over a year’s time.

What appears to be a pragmatic, even a democratic position is in fact an utterly cynical one. Assad is like no other Syrian, not only because he’s responsible for more war crimes than any other, but also because he’s got all the power in his hands and all the security services under his command.

As long as he continues to control or intimidate the population centres of the country, notably the capital, he will continue to dictate progress and regress during the transitional period according to the interests of his regime.

The lesson from Yemen is instructive in this regard. Even when the international community sidelined President Ali Abdullah Saleh, he continued to exercise great power through his links with the military, and eventually conspired in driving the country into civil war.

Does anyone really think that a dictator like Assad, who ruled over Syria for the past 16 years, is about to run and lose elections?

You know something? Maybe he would have if only he hadn’t sacrificed a quarter of a million people just to hold on to power.

That’s why after five years of indifference to their suffering, asking the Syrians to fight ISIL and to give Assad a chance is as short-sighted as it is deceitful and dangerous. 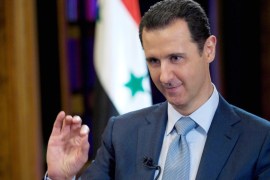 What can a Jewish folktale tell us about Assad?

The Syrian dictator warned of the alternative and then helped create it. 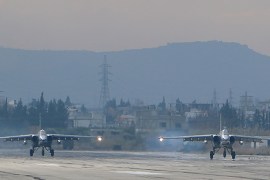