Times have never been so tough for North Korea. Starting in early March, the North Korean state found itself the subject of a set of unprecedented international sanctions.

The United Nations sanctions banned or severely restricted North Korea’s ability to engage in foreign trade. North Korea is not permitted to export such minerals such as gold, vanadium, titanium and rare earths. The export of iron ore and coal – the single largest export item of North Korea – is permitted, but with many restrictions.

On top of that, Executive Orders signed by US President Barack Obama in mid-March, sanction third-country companies that are either engaged in financial transactions with North Korea or employ North Korean labourers – sending labourers overseas is another important source of income for the Kim family regime.

For its part, the South Korean government has closed the Kaesong Industrial Complex, where 54,000 North Korean workers were employed by South Korea’s businesses, and introduced a number of other measures aimed at hitting the North Korean economy.

For a change, China is also participating fully: the Chinese government’s recent instructions make it clear that Chinese companies should not buy coal or iron ore from North Korea, even though the UN sanctions theoretically allow some leniency.

Needless to say, across the globe, diplomats have bent over backwards to assure us that these sanctions will not hit the long-suffering North Korean people, only damaging the interests of the predatory North Korean elite.

ALSO READ: Now North Korea has nothing to lose

It is clear why they have to say this: Long gone are the days when state leaders honestly said that they would soon be sending troops to a neighbouring country to kill every man, woman and child and plunder as much as they could until that country submitted to certain political conditions.

Humanitarian declarations by diplomats should not be taken at face value: Of course sanctions will hit the vast majority of North Koreans, and this is probably the intention.

Nowadays, such rhetoric  – and admittedly, such behaviour too – is largely out of fashion. Nonetheless, humanitarian declarations by diplomats should not be taken at face value: Of course sanctions will hit the vast majority of North Koreans, and this is probably the intention.

Let us start with the ban on the export of minerals. If this ban is fully and comprehensively implemented, it will mean that North Korean exports will at least half in a matter of a year. Coal and iron mines will stop.

Of course, top North Korean officials who are getting a great deal of their profits from these mines – often privately operated – will take a serious hit. Perhaps they will not even be able to afford a new European car, or a new flat in downtown Pyongyang.

However, thousands of engineers and workers toiling in the mines will find themselves out of work. They are not going to become officially unemployed because there is no such thing in North Korea.

However, while they currently receive large salaries by North Korean standards – a good miner, employed in a private coal mine, can make up to $100 a month – these salaries are paid by mine operators out of the profits from exports.

If these exports are halted, the miners will most probably revert to the official basic wage, somewhere in the region of 30 US cents to 50 US cents a month.

It makes sense to keep in mind that we are talking about a large number of people: Mineral extraction has always been one of North Korea’s largest industries. As usual, it will not only be miners, engineers and lorry drivers who will be victims of North Korean pit closures.

Other people caught up in this will be those who serve mining communities, be it their town shop keepers (largely middle-aged women), doctors and nurses (usually paid for by patients themselves), as well as many people in other service industries.

Let us also not forget that a significant part of this mining sector is owned by private investors. Most of these new bourgeoisie will probably go bankrupt. The result being not only for them and their families but also for people who serve the needs of this new rich – be they waitresses in up-market restaurants, English language tutors or drivers – is predictable and depressing.

The same applies to workers overseas. They are often described as “slave labourers”, but it is telling that the majority of these supposed “slaves” have to pay a hefty bribe to be selected for working overseas. There is nothing surprising about this, since, for the average North Korean with little money and few connections, two or three years of hard work overseas provides the best realistic opportunity to get out of the daily grind.

This is not to say that tough sanctions are necessarily bad and should not be introduced. Nasty things are done – and, indeed, often have to be done – to serve the greater good or, at least, some national interests. Perhaps, there are times when it is even morally justified to carpet bomb a city.

Yet even while defending such a course of action as rational and necessary, it is dishonest to pretend that it will not harm civilians. Let us be frank: the average North Korean will also bear the brunt of the sanctions. 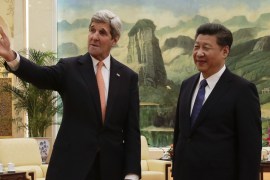