What is poverty? For decades, we have defined it with a number, which the World Bank currently puts at a personal income of less than $1.90 a day. But a single number fails to capture the complexity of poverty. Measuring more than just income is essential to understanding the needs of poor people and delivering optimal assistance.

As the World Bank convenes its Spring Meetings in Washington DC next week, we have an opportunity to set benchmarks that include social and environmental dimensions of poverty. The Bank has acknowledged that more than income should be considered, and recently established a Commission on Global Poverty to recommend additional metrics.

Although many public and private groups already collect data on a range of issues affecting poor communities such as nutrition, maternal health, or access to education, such information remains largely untapped and is rarely shared across institutions.

But there are some beacons of light, including the Social Progress Index, which provides a framework for tracking multiple symptoms of poverty across countries and complements traditional income-based measures.

When we rely on a single number to measure poverty, we misdiagnose the needs of poor people. In my home country, Paraguay, I work with one of the country’s largest social enterprises, Fundacion Paraguaya, to provide microfinance, education, and training to thousands of our poorest citizens. We look at 50 metrics across six dimensions of poverty, including income, housing, education, and infrastructure.

One of our clients, Dona Mercedes, is now a successful micro-entrepreneur from a rural community not far from the capital city of Asuncion. When she first started with Fundacion Paraguaya, she was sharing a single-bedroom home with 16 other family members and cooking meals on a small fire pit on the dirt floor. Now she has a cement floor, a brick house, a separate kitchen, and around $500 in personal savings.

If the World Bank's Commission on Global Poverty adopts multidimensional poverty measures, it will spur other organisations to produce and share more detailed poverty data. That will give aid workers a more comprehensive poverty map of the world, helping to boost the effectiveness of anti-poverty efforts everywhere.

By using Fundacion Paraguaya’s self-evaluation on poverty, she was able to understand her own needs better and address them one at time.

While traditional approaches focus largely on estimating the sources of household expenses and income, the Fundacion Paraguaya self-evaluation helped Dona Mercedes break down her needs into 50 discrete areas that she could work on, piece by piece, and monitor over time.

For example, she self-evaluated the state of her bathroom and kitchen, the quality of the food eaten at home, the family’s dental health, the number of separate bedrooms in the house, and even her self-esteem and decision-making capacity.

A simple poverty map helps her track her progress by using the colours of the stoplight, red, yellow, and green, and highlight her priority areas. Next she plans to add two more bedrooms to her house and to work on enlarging her business.

Fundacion Paraguaya has been able to replicate this type of success in other parts of the world.

In Tanzania, where I worked for three years in rural communities, we helped villages in the Southern Highlands adapt our poverty indicators to the local context in order to tackle water, sanitation, and electrification needs.

Similar efforts are being deployed in South Africa, Nigeria, Uganda, China, and beyond.

We could make even more progress with public-sector support. Fundacion Paraguaya collects rich data across multiple dimensions, tracking more than 8,700 families each year in Paraguay alone.

If this information were to reach the government of Paraguay – which has its own methods for collecting data – we could identify pockets of poverty sooner and customise programmes to help each family.

Because the information is self-reported, this sort of collaboration could deliver targeted aid and highlight specific public services that are needed.

Moreover, if the World Bank’s Commission on Global Poverty adopts multidimensional poverty measures, it will spur other organisations to produce and share more detailed poverty data. That will give aid workers a more comprehensive poverty map of the world, helping to boost the effectiveness of anti-poverty efforts everywhere.

It won’t be easy to choose which measures to include, or even how to set universal yardsticks; but even adopting a few basic ones would spur progress.

For too long, one-dimensional measures such as the $1.90 a day guideline have misdiagnosed poor people’s problems – and more importantly, their causes. We know that the $1.90 a day benchmark does not fully capture the struggles of poor people in places such as Paraguay.

Fortunately, the World Bank now appears to recognise the limits of its income-based indicator. Ensuring that the right type of aid reaches those most in need in a timely and effective manner requires development policymakers to embrace the type of multidimensional poverty data that aid organisations such as Fundacion Paraguaya have learned to gather.

Julia Corvalan is an Aspen New Voices Fellow and Strategy Adviser for Fundacion Paraguaya, a social enterprise based in Paraguay, with expertise in the replication and adaptation of poverty elimination programmes between Latin America and Sub-Saharan Africa. 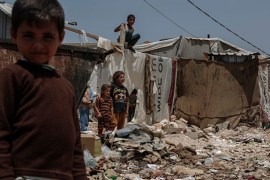 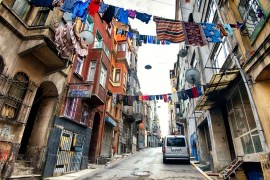 Regional Integration in the MENA region: A call for action