Last year, while researching an essay for an upcoming collection titled False Choices: The Faux Feminism of Hillary Rodham Clinton, edited by Liza Featherstone, I discovered that Clinton had deleted a rather incriminating section from the paperback edition of her autobiography.

In the original version, she detailed the lengths to which she went as secretary of state under Barack Obama to ensure the success of the 2009 coup d’etat in Honduras against slightly left-leaning President Manuel Zelaya.

After the coup, Clinton explained, she and select regional counterparts “strategised on a plan to restore order in Honduras and ensure that free and fair elections could be held quickly and legitimately, which would render the question of Zelaya moot and give the Honduran people a chance to choose their own future”.

Never mind that the Honduran people had already chosen Zelaya for the immediate future. In the United States’ view, apparently, opting for anything less than totally right-wing in Latin America is also a “false choice”.

As per Clinton’s stated vision, elections were held in Honduras – although the fact that they took place under an illegitimate coup administration naturally meant they were neither “free” nor “fair”.

The mootness of the Zelaya question having been officially rendered, Honduras began its descent into an ever-deepening human rights abyss, predictably euphemised by Obama & Co as a “restoration of democratic practices”.

The indicators of the alleged democratic renaissance in Honduras, it seems, include a soaring level of impunity and wanton violations by state security forces.

The indicators of the alleged democratic renaissance in Honduras, it seems, include a soaring level of impunity and wanton violations by state security forces.

In a 2014 op-ed for Al Jazeera America, economist Mark Weisbrot noted some additional by-products of the coup: “The homicide rate in Honduras, already the highest in the world, increased by 50 percent from 2008 to 2011… Femicides skyrocketed.”

This final detail alone should do some serious damage to the marketed image of Clinton as a fervent champion of women’s rights – an illusion dutifully upheld by Clinton supporters who endeavour to cast the slightest opposition to the presidential hopeful as sexist and/or anti-feminist.

Were American political campaigns governed by reality rather than deceit, the illusion would have definitively shattered after the recent assassination of Honduran human rights and environmental activist Berta Caceres.

As historian Greg Grandin notes in an article for The Nation, Caceres had held Clinton responsible for legitimising the coup against Zelaya, and claimed that Washington was partly to blame for post-coup Honduran laws essentially criminalising political protest.

Grandin summarises: “Caceres called it ‘counterinsurgency’ carried out on behalf of ‘international capital’ – mostly resource extractors – that has terrorised the population, murdering political activists by the high hundreds.”

Plenty of non-lethal repression has taken place, as well. I spent four months in Honduras in the aftermath of the coup and witnessed police blast even elderly women with pepper spray-loaded water cannons as they marched peacefully against the coup in the Honduran capital of Tegucigalpa.

Of course, as I point out in my essay for False Choices, it’s not only in Honduras that Clinton’s projected feminist orientation fails to cohere with reality.

Her previous support for the American war on Iraq, for one thing, certainly didn’t translate into many rights for the Iraqi women and girls blown up, maimed, raped, or otherwise made to suffer by the armed forces of the US.

In other areas of the Middle East, too, Clinton-advocated policies have also proven highly destructive to the lives of females – not to mention their male counterparts.

READ MORE: The Honduran meltdown – made in USA

According to the United Nations, Israel’s summer 2014 assault on the Gaza Strip killed 2,251 Palestinians, most of them civilians; 299 were women, and 551 were children.

Clinton’s takeaway from the operation, as told to Jeffrey Goldberg of The Atlantic: “I think Israel did what it had to do.”

As for Clinton-sanctioned international economic belligerence, WikiLeaks cables have revealed machinations by her State Department to prevent a minimum wage increase – to a whopping 62 cents per hour – for Haitian assembly zone workers, including those employed by contractors for Fruit of the Loom, Hanes, and Levi’s.

As I remark in False Choices: Hey, US corporations need to eat, too!

None of this is to imply, however, that Clinton – or any other individual on the American political scene – is the problem. The real problem is the system itself, which encourages punitive policies at home and abroad in the interest of maintaining elite dominance.

It may be easy to argue that electing a female president would constitute a victory for democracy, equality, justice, and other terms the political class has expunged of real meaning. But while a Clinton election might indeed serve to democratise oppression, it would hardly herald progress.

Rather, a Clinton presidency would help to obscure the fact that, as things currently stand, the US establishment is fairly toxic not only for women but for living things in general. 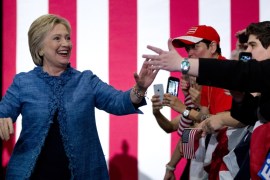 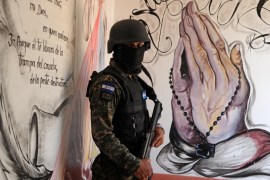