“If you want a serious interrogation, you send a prisoner to Jordan. If you want them to be tortured, you send them to Syria. If you want someone to disappear and never to see them again, you should send them to Egypt,” the Former CIA officer Robert Baer said in 2004, six years before the Arab uprisings started.

In 2015 alone, more than 1,250 forced disappearance and 267 alleged extrajudicial killings were recorded in Egypt with well over 40,000 political prisoners.

Those are not exhaustive numbers, just the cases that the few non-partisan (or less-partisan) human rights local organisations were able to document. Although Egypt has been ruled by repressive military-led regimes for more than half a century, these numbers are unprecedented in the country.

One of the reasons behind the intensity of repression is a belief within security and hawkish military factions that the main fault of Hosni Mubarak was his “leniency”.

In their perspective, Egypt’s former dictator allowed tiny margins for opposition and civil society, which should have been crushed before the 2011 uprising.

Another reason for the level of repression is the sustained international and domestic impunity. So far, there are no costs for torturing-to-death a 28-year-old Italian PhD student, Giulio Regeni – not to mention more than 600 local cases of torture documented by the Nadeem Centre in 2015.

There are significant costs for documenting and exposing such crimes, however. Nadeem Centre was one of about 200 NGOs, research centres and civil society figures under criminal investigations by regime’s judiciary for “unauthorised foreign funding”.

Those are “defendants” in criminal case number 173/2011. A less important reason behind the intensive level of repression is the inhuman politicisation of local NGOs and think-tanks, a consequence of the political polarisation that went too far, and sunk too low.

OPINION: More freedom of expression for the Middle East

Indeed, many of the NGOs listed and the figures legally targeted welcomed the military coup of July 2013 and then cheered for cracking down on their political foes. Only when the repression arrived on their doorsteps, did they complain.

But as a colleague once reminded me, we should not confuse the cheerleaders with the players. Many of the NGO-affiliated “elites” were just the former, not the latter.

So, who are the players that constitute Egypt’s structure of repression? According to their victims, they like to refer to themselves and their headquarters as “capitals of hell”.

The first is directly affiliated with the presidential establishment and has its own special status under the legal framework. The second falls under the Ministry of Interior, and by far the most powerful institution within it. The third belongs to the Ministry of Defence, and gradually grew in power and mandate – to dominate the two other institutions, and smaller ones since 2011.

“They [MIA officers] became the eyes and ears of the Supreme Council of the Armed Forces. The rest of intelligence apparatuses were not trusted,” said a former brigadier-general, who spoke on condition of anonymity given the situation.

The eyes and the ears gradually became the brain, as well. The MIA intervened in parliamentary “elections”, ran political prisons, and formulated anti-opposition policies.

Domestically, these armed security institutions competed to have “political wings”. In the 2015 parliamentary elections, each of them sponsored different multi-party blocs and individual candidates.

They were trying to create their private mini-National Democratic Party – the NDP was Mubarak’s party and the main political mobilisation machine, which was overtaken later by his son’s henchmen.

But these institutions also compete when it comes to foreign security policy. One of their public clashes occurred this month. The Minister of Interior Magdy Abdel Ghaffar – a former head of the NSA/SSI – declared that Palestinian Hamas was directly involved in assassinating the former Attorney General, Hisham Barakat.

Six days later, the GIA invited the political leaders of Hamas to Cairo to discuss security and military cooperation in Northeast Sinai, where the regime has failed to quell a growing insurgency. “So, one institution considers them terrorists and the other considers them counterterrorism official partners. Bamboozling … we certainly got multiple security policies, not a ‘bad-cop, good-cop’ one,” a former major-general in the Egyptian armed forces told me.

How will these conflicting “capitals of hell” affect Egypt’s security and political landscape? Probably, not so positively.

Competition and outbidding between these institutions more likely engender and sustain increased levels of domestic repression. Hence more torture, extra-judicial killings, mass-arrests, and political detentions continue to be an official policy and tools of outbidding.

And in the continuous absence of international and local accountability, oversight mechanism, reformist agendas, and under the shadow of depleting resources, the 90-million strong country is more likely heading towards further instability.

The Egyptian revolution: What went wrong? 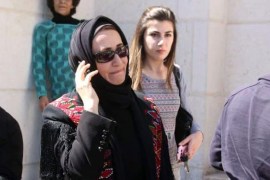 More freedom of expression for the Middle East

Values of freedom and human rights must be reflected in the West’s relations with the Middle East. 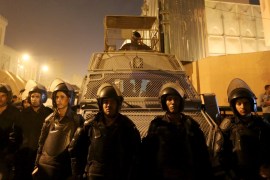 Europe has questions to answer over Egyptian repression

The Egyptian regime’s surveillance equipment is integral to quelling dissent – and European states sold it to them.