The attack on the L’Etoile du Sud in the Ivorian coastal town of Grand Bassam by al-Qaeda in the Maghreb (AQIM), proves beyond doubt that the terrorist network has penetrated far beyond its origins in the Algerian hinterland.

Coming hard on the heels of AQIM’s attacks on hotels in Ougadougou, Burkina Faso in January, and the Malian capital of Bamako last November, which killed 30 and 20 people respectively; the death toll from this latest carnage in Ivory Coast stands at 16, mostly civilians, and with several foreigners among the victims.

Witnesses claim to have seen between four and six gunmen, but while the Ivorian government has stated that six attackers were killed by the military personnel who were quickly deployed to the scene, AQIM claims that only three of its operatives were deployed on the mission.

After the January offensive, France warned Senegal and Ivory Coast that they were the next targets on AQIM’s hit list, according to intelligence gleaned from wire-taps.

Both countries beefed up security at borders and in major cities, especially at locations where foreigners are likely to congregate, and the US advised its citizens in Abidjan and Dakar to avoid tourist hubs.

At the time, the International Crisis Group’s Cynthia Ohayon expressed concern about “whether the intelligence services of these countries have sufficient means to prevent such an attack”.

An attack on Ivorian soil has been well-nigh inevitable ever since France made Ivory Coast its regional base for countering terrorism in the Sahel in 2014, and especially given the 3,000 French soldiers that are based in the country.

An attack on Ivorian soil has been well-nigh inevitable ever since France made Ivory Coast its regional base for countering terrorism in the Sahel in 2014...

But Grand Bassam is situated on the south Atlantic coast, far from the northern Muslim-majority regions that border Burkina Faso and Mali, which might logically have been expected to be the areas in which AQIM would, at least initially, base its Ivorian operations.

A UNESCO World Heritage site, Grand Bassam is also less than 50km southeast of the capital Abidjan, the political, economic and military powerhouse of the nation. Thus, the audacity and the location of this attack confirm that AQIM has penetrated and gained strength within the southern, Christian-dominated parts of the country.

Given Ivory Coast’s recent history of civil strife between its Christian and Muslim populations, the government should be on high alert to prevent any outbreak of religion-based conflict catalysed by the AQIM attack.

While incumbent President Alassane Ouattara retained power in a landslide victory in October 2015, and is widely credited with revitalising the country’s economy, which had been decimated by the civil war; his detractors, who include supporters of former President Laurent Gbagbo, may utilise the terrorist attack to mobilise sentiment against him and, indeed, to foment anti-Muslim/anti-northern sentiment.

The Ouattara government too, has been less than diplomatic in some of its dealings with the Muslim-dominated north, with a 2015 moratorium on the construction of mosques and a blanket ban on preaching by foreign imams.

Such a strategy could foment resentment among conservative communities in a region that is already economically depressed and underdeveloped in terms of basic services; where citizens who feel forgotten and marginalised see their “culture” being proscribed, and may become more receptive to the radical message of AQIM and its allies.

Mauritanian news site al-Akbar names the Sahara emirate of AQIM, together with a group called Al-Murabitun, as having carried out the Grand Bassam attack; the same groups that were responsible for the attacks on the Radisson Blu hotel in Bamako and the Splendid hotel in Ougadougou.

The Sahara Emirate, based in Mali, is known to be led by Yahya abu Hammam, and has claimed responsibility for several attacks within the Sahel in recent years. Meanwhile, Al-Murabitun is led by Mokhtar Belmokhtar, an experienced former AQIM commander who split from AQIM some years ago but was re-integrated into its ranks late last year.

The combined reach and military capacity of these two organisations working in coordination should not be underestimated, as the leaders alone contribute a high level of strategic and combat experience in operations ranging from Algeria in the east to Niger in the West.

In addition, AQIM and its affiliates throughout the Sahel are believed to be well-funded from the fees they demand from the human and drug-trafficking convoys en route to the Mediterranean from West Africa, particularly in Mali and Niger.

Triumphant press reports of the French-led pushback against terrorism in Mali have failed to highlight that the trafficking routes are still largely controlled by rebels who pay AQIM for passage through areas that the government has been unable to secure. Not least, the strong links between AQIM and its counterpart AQAP (al-Qaeda in the Arabian Peninsula) in Yemen and Saudi Arabia, ensure that AQIM has alternative channels to access funds and arms.

Lastly, the ongoing global rivalry between al-Qaeda and ISIL means that a new scramble for Africa has opened up, especially in North and West Africa. ISIL victories in the Middle East have signalled a corresponding decline of al-Qaeda in that region, and AQIM is currently the most successful regional affiliate of al-Qaeda’s global terror franchise.

The current upsurge in North and West Africa may well be al-Qaeda’s method of reasserting itself on the international terror map. If so, the Grand Bassam attack is unlikely to be the last such operation in the region, especially if ISIL affiliates in areas such as Nigeria decide to take on the challenge from AQIM.

While France is likely to escalate its intelligence and military support within its former colonies in the region, especially given the extensive French economic interests in the region, intergovernmental coordination at the African Union level and within its regional bodies in West and North Africa will be a crucial factor in preventing and limiting further attacks in the region. 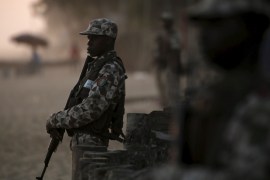 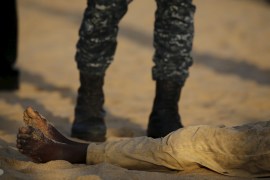 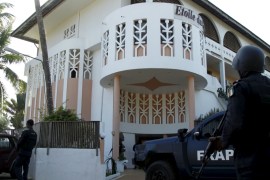