On June 10, 2014, Grand Ayatollah Ali al-Sistani issued a fatwa that established a collective responsibility for all Iraqis to fight ISIL forces, authorising a popular mobilisation of as many fighters as were needed for as long as was needed to fend off the threat.

A Prime Minister’s Commission of the Hashd al-Shaabi was established at the same time to give institutional form to the popular mobilisation and formal status within the Iraqi security forces (ISF).

Led by forceful politicians with military backgrounds such as Badr Organisation leader Hadi al-Amiri and Abu Mahdi al-Muhandis, the PMU initially played key roles in the protection of Samarra, Baghdad and Karbala; in the relief of the siege of Amerli; in the liberation of Jurf al-Sakr and the protection of pilgrim routes; and in the clearing of ISIL from large swaths of Diyala.

As the ISIL threat to overrun Iraq’s majority Shia areas has receded, the PMU has begun to fragment.

Hadi al-Amiri’s Badr, with around 20,000 fighters, is tightening its control over Diyala province, which is increasingly a Badr principality partially outside state control, and Badr is slowly colonising the ministry of interior, which is run by Mohammed Ghabban, one of Amiri’s assistants.

Badr wants to take a major share of provincial council seats in the 2017 provincial elections and use this as a springboard for gains in the national parliament and cabinet in the 2018 general elections.

Leading a further 20,000 troops, Abu Mahdi al-Muhandis has a more difficult task. A US-designated terrorist, he is trying to secure the resources to turn the Prime Minister’s Commission of the Hashd al-Shaabi into a permanent ministry, akin to Iran’s Basij or the Islamic Revolution Guard Corps.

Iranian-backed groups such as Kataib Hezbollah and Asaib Ahl al-Haq seek to use the popular mobilisation as a process to shed their prior reputations as Iranian proxies or sectarian and criminal militias.

The rest of the PMU, numbering about 40,000 troops, around half the number of PMU fighters, are focused on working under the prime minister and Minister of Defence Khalid al-Obeidi.

These comprise the so-called “fatwa forces” who were not acting as armed militias before June 2014: the shrine volunteers recruited and paid by religious foundations, smaller political party militias, and even Moqtada al-Sadr’s re-mobilised followers.

A small contingent of fewer than 17,000 Sunni PMUs – intended to grow to 50,000 – also answers predominately to Abdi and al-Obeidi.

For many months Prime Minister Haider al-Abadi and other establishment figures have been exploring the potential to downscale the PMU forces answering to Badr and Abu Mahdi al-Muhandis.

For many months Prime Minister Haider al-Abadi and other establishment figures have been exploring the potential to downscale the PMU forces answering to Badr and Abu Mahdi al-Muhandis.

At the same time Abadi also quietly tightened his ties to Lieutenant General Abdul Amir al-Shammari, the head of the Baghdad Operations Command and an active opponent of the expansion of Badr and Muhandis PMU presence in the capital.

The temporary reduction in PMU hiring was short-lived. As the 2016 Iraqi budget was negotiated late last year Abu Mahdi al-Muhandis and Hadi al-Amiri placed Prime Minister Abadi under tremendous pressure to authorise a much larger $2bn PMU budget despite across-the-board cuts that were being instituted under Iraq’s austerity programme.  Planned PMU salaries for 2016 surged to 120,000.

Now, in early 2016, the Shia religious and political establishment is reinvigorating its efforts to cut the Badr and Muhandis PMU down to size. On January 28 a meeting of Iraq’s political bloc leaders issued their most explicit warnings yet against the actions of out-of-control Shia non-state armed groups.

The conference called for boosted efforts to fight “organised crime, especially the kidnappings of Iraqis and foreigners, robbery, and armed robbery”.

It also “forbade detaining people without an arrest warrant or, in illegal places”, a practice undertaken by Badr and Muhandis PMU. And finally the conference called for the government to “take all the necessary measures to ensure that only governmental forces bear arms and monitor the sale and use of arms outside the law”. Moqtada al-Sadr echoed some of these points in his February 13 reform manifesto.

In the face of growing militia criminality in Baghdad, Basra, Diyala, Tuz Khurmatu and Bayji, Abadi went even further on February 15, calling for an audit of PMU numbers and casting doubt on whether more than 60,000 PMU fighters were actually engaged in fighting, adding: “I must support the real fighters of the Hashd al-Shaabi.”

The fight is now on: Abadi wants PMU salaries cut to 60,000-80,000, while Badr and Muhandis want more than 120,000 troops and a logistics budget independent of the ministry of defence (MoD).

The gradual recovery of the permanent Iraqi security forces (army, Federal Police, special forces and police) is another factor that may accelerate calls for absorption of the PMUs into the armed forces. The battlefield effectiveness of the Badr and Muhandis PMUs has been slowly reduced over the past 12 months.

Success in defence has not given the PMU the ability to crack ISIL defences in cities such as Tikrit, Bayji, Ramadi or Fallujah. In the battle of Tikrit, for instance, Badr and Muhandis PMUs, with Iranian artillery support, had to be rescued by Iraqi security forces after suffering more than 2,000 casualties in a three-week stalemate.

The same happened at Bayji, where Badr and Muhandis PMUs gave up on a costly four-month effort to unilaterally clear the city, leaving it to Iraqi security forces and the Coalition to lead the successful recapture of Bayji in October 2015. It is increasingly recognised that only the heavily armed and internationally supported forces of the Iraqi state can take Mosul back from ISIL.

Demobilisation of PMU fighters into the MoD is supported by Shia religious and political leaders who recognise the value of the popular mobilisation and the great debt that all Iraqis owe to its fighters but who nonetheless believe that the time has come to fold these forces within the state’s existing security ministries.

One model already in use is the Al-Abbas Combat Division, which has been formed to integrate non-Badr, non-Muhandis PMUs into the Ministry of Defence effort. Al-Abbas units work fully under MoD authority, receive their heavy weapons and orders from the government, do not seek arrest powers, and are committed to dissolving at the government’s request.

At some point in the next two years there may be a formal end to the fatwa that established collective responsibility for armed popular mobilisation. Groups gathered under the Al-Abbas Combat Division are well-positioned to take part in internationally supported operations, while Badr and Muhandis PMU usually withdraw from such operations. Al-Abbas Combat Division elements are also well-positioned to be incorporated into the permanent Iraqi security forces if they want to join and are eligible.

Michael Knights is the Lafer Fellow with The Washington Institute for Near East Policy. He has worked in every Iraqi province and most of the country’s 100 districts. 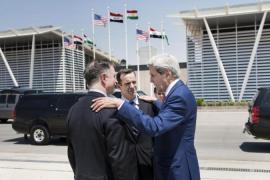 US, Iranian, and Iraqi officials have been woefully unclear and inconsistent regarding the crisis in Iraq. 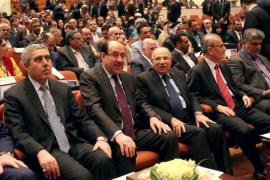 Iraq’s Maliki: Out of favour with Shia allies?