Sometimes events follow each other in a certain way, and start to create a pattern of their own. Everything seems to fall into place, but not the place you had wished for. It is as if the years people have put into activism, fighting for a better and fairer society, a better future and a better world, have failed, and all is left  to look at is the worst of human civilisation.

The Trumps, the Clintons, the attacks on social movements, the curtailing of civil liberties for unions on the right to protest, the rise of the far right, all forms of terrorism (including the most destructive of all, state terrorism), of racism and bigotry, and the failure of the so-called powerful to deal with the most urgent and threatening issue of climate change.

Those things can make anyone turn their back on activism. After all, one needs to find comfort in what he/she does, and needs to feel that the sacrifices one makes are relevant and useful, even if it takes years to bear fruit.

It is in these times that we need to find solace to continue to make sense of it all, to move forward, learn, get stronger and continue. Nobody ever said that caring, fighting and resisting as part of a struggle was easy, but now and then it gets so hard that you need some kind of guidance to keep the human engine functioning and the heart beating.

The day will come

On the year of the 50th anniversary of the founding of the Black Panthers movement and on the month celebrating Black History, the iconic political activist Angela Davis produced such a guide. Her latest book, Freedom is a Constant Struggle, tackles such issues, and leaves us with the exhilarating feeling that we are indeed part of something historical.

That the importance of our actions – however small – are not to be underestimated, because it is these very actions that will change the course of history. The radical actions of different minorities all over the world will create a change so big that it will be unstoppable.

The science behind the Apartheid Wall built in the Occupied Territories is the same one being used along the Mexican border.

As an activist busy with dealing with various day-to-day actions and campaigns, you can easily forget that history has proven again and again that changes – even radical ones – do happen. That our actions are indeed very meaningful.

Davis explains that the struggle for civil rights for African Americans is ongoing, but has taken a different form. The Black Lives Matter movement is the infant of the Black Panthers, and its Ten-Point Program is maybe even more relevant today than it was in the 1960s.

History is in a perpetual motion, like something organic that takes various forms depending on the epoch and the needs of the underprivileged segments of the society. The #Oscarssowhite hashtag would not have existed without the Black Panthers or Black Lives Matter.

The release of Albert Woodfox after 43 years in solidarity confinement would not have happened without the continuous actions of a few determined people. As Davis repeats over and over in her book, it is crucial for movements to learn from history and to study the past to avoid the mistakes that were made. It is crucial to analyse why some movements and actions were more successful than others but, most importantly, to realise that what we do matters, and that it cannot stop.

The book also makes clear that contemporary struggles will be successful only if they clearly identify the danger of individualism and “attempt to develop a consciousness of the insidious promotion of capitalist individualism”.

History has been made by the collective efforts of people and by an ever-expanding community of struggle. The heroisation of a few is better left to a corporate media in perpetual need of leaders. Nelson Mandela and Martin Luther King always made clear that their accomplishments were collective, “achieved by the women and the men who were their comrades”.

Another issue that the book touches upon is the importance of the “global struggle” and “intersectionality”. It is crucial to look at various key events and key movements around the globe, and make the connections between them.

Palestine, for example, has become a laboratory for what the rest of the world could become. The weapons and the tactics used to violently repress peaceful demonstrations in the West Bank are the same ones you see in Ferguson, Missouri.

The science behind the Apartheid Wall built in the Occupied Territories is the same one being used along the Mexican border. The militarisation of our societies that is at its most obvious in the United States follows the same pattern. Israel has been under emergency laws since it was created in 1948. France has been for months since the Paris terrorist attacks.

It is important for people around the world to understand that these tactics and those events are not isolated. They are part of an ideological vision of society that the wealthy, the privileged 1 percent want to adopt for the whole world.

Fighting this vision and aspiring for a fairer society will only be possible if we understand the Machiavellian monster we are dealing with. “Today what I think is most interesting is the conceptualisation of the intersectionality of struggles … now we talk about bringing various social justice struggles together across national borders. We need to create a framework that allows us to think Ferguson [and] Palestine together, and to organise around them collectively.”

We are at a crossroads. The near future and the actions we will undertake as activists and as human beings will be remembered, and will have an effect on many generations to come.

It is therefore essential to make the right choices, and to implement them together in unison. We are lucky to have people such as Davis to show us the way, or at least to accompany us as spiritual guides in the search for a better world.

Frank Barat is an activist based in Brussels. He is the former coordinator of the Russell Tribunal on Palestine. Freedom is a Constant Struggle is out now. 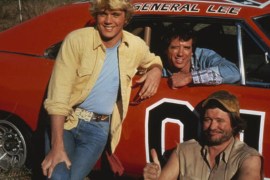 The hidden Hazzard of viral activism

Targeting the symbols of racism alone distracts society from tackling the actual problem. 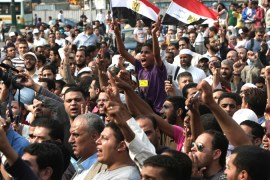 How neoliberalism created an age of activism

Decades of neoliberal economic policies have concentrated wealth and are now spurring a global backlash.