Earlier this month, Morocco reversed a 30-year-old Arabisation policy by reinstating French as the main language of instruction in primary education. This decision marks an important new step in the process of reforms implemented by King Mohamed VI to reorient the country’s development and weigh on the societal evolution of the kingdom in advance of the upcoming October elections.

Education has always been a central question in Moroccan politics and the grim results achieved over the past decades have been regularly pointed out as the main obstacle to the country’s economic growth. The average literacy rate of the Moroccan youth barely reaches 80 percent trailing by more than 10 points its Maghreb neighbours Algeria and Tunisia.

Despite the string of attempts at educational reforms, an ever-growing number of Moroccans have turned their back on public schools, with their overcrowded classrooms and declining standards, choosing to place their children in private educational institutions.

Private enrolment at the primary level has more than tripled in less than 15 years from 4 percent in 1999 to 14 percent in 2013. The consequence is that Moroccan society is now characterised by a rift between well-to-do families trained in French and a large share of the population formed in Arabic public schools to become menial workers and low-grade technicians.

ALSO READ: My Arab Spring – clinging to hope in Morocco

The mastering of the French language has thus become a de facto marker for the capacity to successfully occupy a high-level job. Mainstreaming its teaching throughout society should allow popular classes to reconnect with the economic and political elites.

The mastering of the French language has thus become a de facto marker for the capacity to successfully occupy a high-level job. Mainstreaming its teaching throughout society should allow popular classes to reconnect with the economic and political elites.

Yet, this decision to re-establish French as a primary language also has political ramifications. In the early 1980s, when King Hassan II initiated the Arabisation of the educational system, one of his main objective was to favour conservative and Islamic movements at the expense of the traditional left wing parties.

As taught by the philosophical hermeneutics of Martin Heidegger, language is the central vector to diffuse ideologies and cultural knowledge.

For decades, Morocco had to hire teachers from Syria and Egypt to Arabise primary schools, which led to the diffusion of certain conservative ideologies in the Kingdom.

This educational reform must also be understood in the larger context of the Marrakesh Declaration, released by Muslim leaders last month, which called for tolerance and for the protection of religious minorities’ rights in Muslim countries.

The Marrakesh declaration urges “Muslim educational institutions and authorities to conduct a courageous review of educational curricula that addresses honestly and effectively any material that (…) results in the destruction of our shared societies”.

By re-establishing French as the primary language for education, King Mohammed VI decided to go one step further. He reaffirmed both the commitment of his country to the teaching of critical thinking as well as its historical relations with the European continent.

The debate over whether Morocco should move away from the language of the former coloniser is outdated. The capacity of the kingdom to invest and thrive on bilingualism has often been key to its influence and development.

Its most renowned authors such as Tahar Ben Jelloun or Abdellatif Laabi have always defended this source of intellectual and cultural wealth. The beauty of the Moroccan identity lies in its capacity to conjugate its pluralism: Mediterranean, Berber, Arabic and Francophone.

Moreover, France continues to be Morocco’s largest trading partner and accounts for a quarter of its total exports. The kingdom needs therefore to be able to rely on a well-trained bilingual youth to capitalise on this economic partnership.

Over the past few months, several initiatives have paved the way for this cultural and educational shift. In the diplomatic realm, Rabat initiated a large shuffle of two third of its embassies, nominating human rights emblematic personalities, left-wing politicians and women ambassadors.

In parallel, King Mohammed VI confirmed the opening of a Moroccan cultural centre in the heart of Paris to foster the intercultural bridge between the two countries.

Finally, the king also reaffirmed his decision to strengthen the training of imams based on traditional Moroccan values of moderation and tolerance, ensuring compatibility with the reformed family code (mudawwana) and increasing the number of female preachers (morchidats).

This recent diplomatic and political activity confirms King Mohammed VI’s commitment to a steady pace of reforms, ensuring a regular liberalisation of the country to prevent the rise of fundamentalism.

It also shows his determination to keep the upper hand in domestic affairs in the run-up to the November elections, pulling the rug out from his prime minister’s feet and his PJD party at a time when courageous economic reforms have led to a sharp decrease of Abdelilah Benkirane’s popularity. 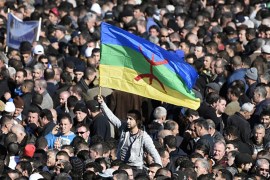