And so it goes; another week, another report revealing Egyptian state repression. These reports, however, seem to have lost their power to surprise; Egyptian oppression seems desperately entrenched. However, Privacy International’s report, The President’s Men, should be of wider concern.

The report reveals the export of surveillance equipment possessing the most insidious qualities and enabling state observation of the most intimate kind. Alarmingly, this equipment comes from Europe and is sold to an arm of an Egyptian regime that, according to the report, is so clandestine that it is not officially in existence.

Leaks quoted in the report suggest that the European companies highlighted, Trovicor and Hacking Team, see exports of their products as business as usual. However, such business must be seen in the context of the realities of repression in Egypt.

A variety of credible non-governmental organisations, such as Amnesty International and Human Rights Watch, have reported on the many shocking violations of domestic and international law in Egypt.

Many commentators have equated those acts to crimes against humanity, amounting to a deliberate government policy to maintain the 2013 coup by crushing dissent in all opposition groups.

Most prominently, in August 2013, the military regime orchestrated a widespread, systematic and violent clampdown on those who had engaged in a non-violent protest against the removal of President Mohamed Morsi.

As legislation, these regulations act as a powerful tool to check the trade. However, in practice, the regulations leave plenty of room for interpretation...

In the aftermath of those acts, Kenneth Roth, executive director of Human Rights Watch, said: “In Rabaa Square, Egyptian security forces carried out one of the world’s largest killings of demonstrators in a single day in recent history … This wasn’t merely a case of excessive force or poor training. It was a violent crackdown planned at the highest levels of the Egyptian government. Many of the same officials are still in power in Egypt and have a lot to answer for.”

The Egyptian government’s attempts to repress democratic opposition have in fact accelerated since then. For example, death sentences have been imposed en masse and repressive laws have been reported as being implemented to imbed the regime.

Such reforms come in the context of open oppression of journalistic freedoms, with the Egyptian regime targeting and detaining journalists for doing no more than reporting from within the country.

Egypt is seen to be rapidly descending towards a humanitarian crisis; deepening and endemic poverty with increasing conflict and hostility have put Egypt on a precipice. The security situation presents a grave threat to regional stability.

The increased use of violence and repression is causing a schism between the state and its citizens.

It is a real concern that the increase in state oppression will result in unwieldly and increasingly hostile dissent; a situation that will only exacerbate the threats to peace and security in an increasingly uncertain region.

In that context, the revelations by Privacy International that European countries are exporting goods that would ostensibly be used by that Egyptian regime to deepen their position are deeply worrying.

Such trade is rightly fettered, in an attempt to ensure that goods are not exported to the most repressive regimes.

In particular, in 1998 a common set of criteria for considering licence applications for nefarious goods was adopted. This Code of Conduct on Arms Exports became a legally binding Common Position in December 2008.

READ ONLY: Why does what bleeds lead?

Recognising the special responsibility of arms exporting states, the Common Position demonstrates the determination of European Union member states to prevent the export of military technology and equipment that might be used for undesirable purposes.

In particular, it sets out eight criteria for the evaluation of export licence applications, including the “respect for human rights in the country” and an explicit commitment that “states will not allow exports that would provoke or prolong armed conflicts or aggravate existing tensions or conflicts in the country”.

As legislation, these regulations act as a powerful tool to check the trade. However, in practice, the regulations leave plenty of room for interpretation, with the Campaign Against the Arms Trade finding that “member state governments [are] making arms sales decisions depending on their perceived economic, political and strategic interests”.

The sale of arms and intelligence equipment accounts for a large proportion of the European economy. However, without effective scrutiny, the real cost of the trade may be the rights and freedom of others. Indeed, as the revelations in The President’s Men show, the European regulations have not prevented exports to Egypt, including intrusive surveillance equipment.

As the report details, the intelligence arm of the regime – and the surveillance equipment they rely on – is integral to the Egyptian regime’s attempts to monitor and quell dissent. They are doing so with equipment that European states have sold them.

Ravi Naik is head of Public Law at ITN Solicitors, a leading law firm based in London specialising in civil liberties and international law. ITN Solicitors act for victims of the Egyptian coup, in international tribunals and domestic courts across the globe. 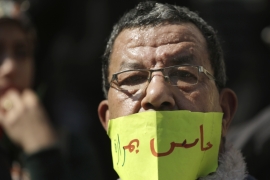 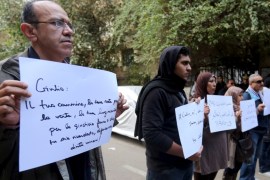