Spotting my grandfather’s stiffened body hanging from the wooden beam in the hall was my earliest memory. I was four then and the year was 1968, at the height of the Cultural Revolution. Grandfather, a small-time grain-dealer in his 50s, took his own life because he was terrified that his politically problematic background – he wasn’t from a poor farmer or worker’s family – would land him with the fate he had often witnessed: humiliation and torture at public gatherings.

This year will see the 50th anniversary of the movement, formerly called the Great Proletarian Cultural Revolution, which lasted for 10 years. In May 1966, Chairman Mao Zedong launched the mass movement, intending to preserve “true” socialist ideology of the new regime, and purge those “capitalist elements” that had supposedly infiltrated the Chinese Communist Party. In reality, the enemies of the state existed nowhere but in the muddled head of the ageing “Great Helmsman”.

In response to the call from the chairman who was worshipped like a god, wars were fought between different factions, each believing themselves to be the “true revolutionaries”. Leaders of all levels were overthrown, couples denounced each other, students beat up their teachers, intellectuals and other “bad elements” were persecuted and were banished to the countryside, and ancient temples and cultural relics were destroyed.

In 1981, the Communist Party announced the Cultural Revolution a disaster, and more or less told its citizens to forget about it and look forward. And this year there will be no public event to mark the start of the movement that shaped contemporary China.

The authorities obviously don’t want to associate themselves with something that could damage their credibility. Not being the most confident regime, the Chinese government is extremely concerned with its legitimacy.

During the Cultural Revolution, Chairman Mao practised a prerogative system which protected the privileged stratum, a fertile breeding ground for corruption. While the ordinary people survived on rationed rice, luxury villas were built for Mao and other top leaders.

Demonised? It appears the majority of those who hold such a view have little idea what actually happened during one of the most traumatic decades in recent Chinese history, let alone the scale or the depth of its horror.

In some ways, they can’t take all the blame for their ignorance. The excesses of the Cultural Revolution have been very much glossed over. Books and films on the topic are subject to strict censorship – at school, pupils can learn only the skeleton of the event.

Ba Jin was a renowned writer who described the movement as a “spiritual pollution”, and requested – on his death bed – that the government build a Cultural Revolution museum. Many renowned writers, such as Feng Jicai, who risked his life by recording the stories of that mad decade, have joined in the chorus. So far, their wishes have not been fulfilled.

The official stance that ignores what happened and encourages Chinese citizens to forget about it is deeply disturbing. As Confucius says: “Study the past if you would define the future”; we have to study the past, especially a past event of such significance.

Unless we truly confront the Cultural Revolution, certain aspects of it may repeat themselves.

The complexity of the movement

One wonders why so many Chinese are not willing to face the country’s past. I guess there have always been disasters in Chinese history. For some, the best way to cope with past tragedy is to forget about it and move on. Others passively accept the official verdict as they believe that in an undemocratic society, their views on the Cultural Revolution don’t make any difference.

Some die-hard leftists, as well as those who have not benefited much from the reforms and opening-up, tend to look at the Cultural Revolution nostalgically, arguing that there was no corruption under Mao and that people were more equal.

The reality was quite different. I believe that some of the social vice in today’s China, such as moral decline, the lack of trust among the people and corruption, are rooted in the movement.

During the Cultural Revolution, Chairman Mao practised a prerogative system which protected the privileged stratum, a fertile breeding ground for corruption. While the ordinary people survived on rationed rice, luxury villas were built for Mao and other top leaders.

Apart from the official silence on the Cultural Revolution, I find the attitude of some patriotic youth equally troubling. The country’s fast-growing economy and its rising position in the world has generated a growing nationalism among some young people, who choose not to examine the mistakes China has made.

A decade of horrors

Despite the authorities’ effort to keep the lid firmly in place, more and more information is coming to light. Last May, a well-respected academic, Qin Hui, published an essay entitled The Rejection of the Cultural Revolution is not Thorough and the Truth Still Needs to be Further Revealed, on a liberal intellectual website, Aisixiang.

Qin detailed the horrors that took place in Southwest China’s Guangxi province in 1967, horrors too deplorable to describe, including cannibalism. In dozens of cases, even the wives and daughters of the accused were not spared. They would be raped first. After their murder, their breasts and private parts were cut out and sometimes their livers were eaten. All in the name of the revolution. Qin’s piece is still being circulated widely among netizens, together with other articles shedding light on the turbulent decade.

I welcome articles like Qin’s and the debates they have sparked as the anniversary is approaching. I hope they will push the Chinese people to ask some hard questions: Why did the Cultural Revolution take place? What happened exactly? Why did so many people participate with religious zeal? What did it say about the national characteristics of the Chinese people? What lessons can be learned from the catastrophe? And, more importantly, what can be done to prevent it from happening again?

I, for one, will never forget about the Cultural Revolution, for the sake of my family as well as for the nation. Without confronting the past and learning the lesson, the “China Dream” – the country’s drive towards national rejuvenation – will, sadly, remain a dream.

Lijia Zhang is the author of “Socialism is Great!”: A Worker’s Memoir of the New China. 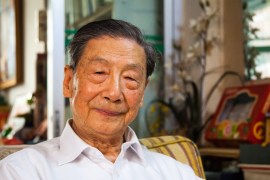 China’s Great Famine: A mission to expose the truth

An economist who survived one of the greatest man-made tragedies is determined to reveal how policies killed millions. 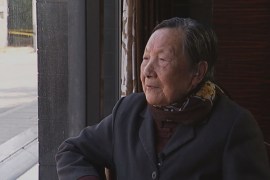 China: Tales of a City

101 East follows the lives of seven people in Nanjing and asks what they think of the direction their country is taking. 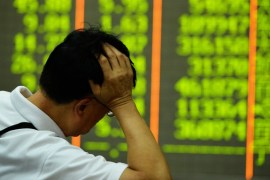 As stocks plunge, millions of investors have no choice but to hope their government engineers a recovery.