Heads were turned in the Middle East when the senior White House strategists stated that the Obama administration appeared to be washing its hands of the Palestinian-Israeli conflict.

How could the United States – the only global party able to apply pressure on Israel – simply abandon its international responsibilities by saying that the two-state solution is unlikely to see the light during the president’s final year in office?

What upset many was that the statement came during the second term of a US president whose Muslim ancestry was supposed to help him empathise with the suffering of Palestinians more than his predecessors. Traditionally, second-term US presidents have much more freedom from pro-Israeli lobbyist pressures because they no longer face election.

Distancing Washington from its traditional role as an honest broker in the conflict was a clear signal to Europe to take a leading position on the Palestinian issue. Europe responded rather quickly by labelling all settlement-made products as separate from Israeli products.

A much more important move, however, has been the decision of the French government to more actively pursue Palestinian-Israeli talks in Paris.

The talks planned for next July have a caveat that caused shock waves among Israeli officials. The French have made it clear that they intend to recognise the Palestinian state if they feel that Israel is not taking the talks seriously.

For his part, Benjamin Netanyahu, the Israeli prime minister, has flown to Berlin and succeeded in extracting from German Chancellor Angela Merkel a statement that the time is not ripe for the two-state solution.

Diverging positions in Europe, however, should not weaken Brussels’ resolve to try and foster serious dialogue, whether via the French avenue or a different one.

It is not clear what leverage Kerry has today after the struggle between Tel Aviv and Washington over the Iranian nuclear agreement, as well as the Obama administration's perceived distancing from the Palestinian issue.

The US is not completely out of the picture, either. Robert Malley, a senior White House adviser who used to head the International Crisis Group, correctly explained the importance of solving the Palestinian conflict in relation to the war against the Islamic State of Iraq and the Levant (ISIL) group and violent extremism.

Malley outlined two ways that the Palestinian-Israeli conflict feeds ISIL. He said that extremists “refer constantly” to the situation of Palestinians, and, therefore, solving this conflict would lose the extremists’ recruiting tool.

Malley also believes that the failure to resolve the conflict makes it “very difficult” to get “the kind of open cooperation that the US needs to get changes on the ground”, because Saudi Arabia and other states can’t work openly with Israel as matters stand.

Malley’s words in December 2015 were quickly, though indirectly, picked up by the US ambassador to Israel. At a security conference in January, Ambassador Dan Shapiro criticised Israel over its double standards in the West Bank.

“At times, there seem to be two standards of adherence to the rule of law [in the West Bank]: one for Israelis and another for Palestinians,” he said.

This week, John Kerry, the US secretary of state, who arrived in Amman, Jordan, on Saturday, met Palestinian President Mahmoud Abbas, and plans to meet Netanyahu.

It is not clear what leverage Kerry has today after the struggle between Tel Aviv and Washington over the Iranian nuclear agreement, as well as the Obama administration’s perceived distancing from the Palestinian issue.

The violence on the ground has not urged local and international officials to reinitiate the peace talks. According to the Palestinian health ministry, 176 Palestinians have been killed by Israelis since October while 27 Israelis were killed by Palestinians.

The resident of the White House – who still has 11 months in office – holds a more sinister and potentially powerful card. The one single decision over which the president has sole control is the recognition of countries. Last year, the US Supreme Court ruled that Congress had no say in presidential decisions with regards to state recognition.

In this respect, is the US pushing France behind the scenes to leverage their recognition of Palestine in case the talks fail as a prelude to a powerful decision by the Obama administration?

What would happen if, in his last days in office, Obama makes a courageous decision and does recognise Palestine along the 1967 borders?

Challenging such a recognition before the inauguration of the new president would likely cause a major rift in US relations with the Arab world. It is less likely to be reversed if a Democrat wins the US presidential elections in November 2016. 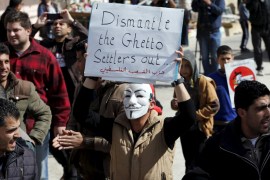 The French initiative for Israeli-Palestinian peace follows a familiar pattern – and it’s outdated. 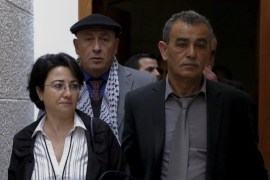