During these exciting times, hard times, uncertain and confusing times, I find refuge in the wisdom of Marilyn Monroe.

“Everything happens for a reason … and sometimes good things fall apart so better things can fall together.”

I totally embrace Marilyn’s hopeful insights about change; after all, life is change.

Sometimes they fall apart for some, for example Tower Records, just as they come together for others, eg, iTunes.

Bearing that in mind, I wonder what will happen as technology transforms the media landscape, rendering old News models and structures obsolete. Will journalists and new media fall together or fall apart?

During the past month, I spoke to hundreds of thousands of people around the world using – with the help of two bright community managers – no more than a smartphone and Facebook. An additional couple of hundred thousand are expected to watch.

Taking questions and comments from every corner of the world and engaging in a global conversation about the complex and controversial issues on the international agenda is an unmatched privilege.

The fact that such uncensored, unedited, improvised – indeed unbound – global conversations could take place any time and from anywhere with minimum effort is testimony to the limitless potential of the internet.

The fact that such uncensored, unedited, improvised - indeed unbound - global conversations could take place any time and from anywhere with minimum effort is testimony to the limitless potential of the internet.

The technology and digital revolutions have allowed more voices to be heard and more images watched from more places than ever before. And they have hence allowed people greater choice for more perspectives than they could ever consume.

They’ve also allowed for social and political mobilisation like never before. (Watch EMPIRE here about social networks and social revolutions.)

They’ve also allowed journalists better, easier and faster access to news and information thanks to fast communication, vast news gathering, and better archiving. It allows them countless means and platforms to share their stories and analysis.

From Twitter’s Periscope to YouTube channels and Facebook lives, Medium etc, the production, dissemination and consumption of news, information and analysis are changing and evolving so rapidly that it is premature – not to say hasty – to try to assess their real long-term effect.

One could argue that the online revolution has allowed for more open and healthy global dialogue and a greater freedom of expression.

But the digital revolution that helped to even the playing field between people and power is neither democratic nor egalitarian.

Like the Industrial Revolution, the digital revolution did away with old, traditional models and structures, but it also led to the rise of new, powerful entities.

Where everyone can speak out, some are much, much louder than the rest. And those with resources have far greater – both quantitatively and qualitatively – influence online as they do in real life.

The new digital conglomerates are like nothing we’ve seen before in publishing, broadcasting, distributing or marketing, etc.

They are throwing their weight in all directions and, in the process, redefining the nature of culture, communication, media and journalism.

One is enticed to compare the influence of Facebook on our lives with, say, that of the Pentagon, of Google or The New York Times and all other influential papers. (Let’s just say for now, they are far more diversified, with more direct influence).

READ MORE: What future for television (and Al Jazeera)?

It’s a great challenge for any news organisation to reach its consumers without passing through these giants who are also their competitors.

They increasingly control the digital highways, the tollbooths, and almost all of the relevant directions and redirections.

They guide, aggregate, and entertain. And they slowly but surely determine why we know what we know and how we communicate it.

They know more about us than do governments; they make billions and are worth trillions.

Their influence over the production, consumption and dissemination of culture, information and news is great and is growing with every damn click.

That doesn’t make me nostalgic for the so-called “good old days”. After all, before the online revolution, only a few newspapers, radios and TV channels which defined the nature of journalism through a handful of elitist reporters and anchormen were the trusted face of News.

In this vast digital world with its mega-powerful monopolies, a journalist is a very small and perhaps dispensable player in a mammoth spectacle.

As News organisations are forced to cut budgets and reduce staff, they rely on fewer journalists and (underpaid and insecure) freelancers to do more.

Increasingly, journalists are expected to act like a one-man circus – juggling investigation, writing, shooting, blogging, editing, publishing and, of course, arousing attention, all at the same time.

And they must do all of that while meeting the challenge of an ever more complicated reality, and the spectre of a more menacing world in which more journalists are intimidated, killed or imprisoned for doing their job.

In this vast digital world with its mega powerful monopolies, a journalist is a very small and perhaps dispensable player in a mammoth spectacle.

In short, journalists & co are the new assembly-line workers of digital manufacturing. Unless they generate a certain number of clicks or page attentions, they are likely to be shown the door.

Will journalism or journalists survive the digital jungle, the “survival of the fittest”, or, should I say, fattest? Or will they adapt and redefine their mission in a new world endowed with endless possibilities?

In the so-called “good old days”, the division of labour between editors and publishers/broadcasters was clear with two different priorities, the public good and revenues/profit.

As with the interdependent relationship between, say, science and technology, or even government and business, one is destined to fail without the other in a modern society.

And in any attempt by one to dominate the other, as in placing profit above the public good, the result has been catastrophic.

But if success is measured by their ability to balance the two priorities, ie, to preserve journalism while generating revenues, today’s media generals and foot soldiers are expected to embody both priorities.

That could be terribly confusing, but manageable nonetheless .

In other words, to stay ahead, they must at once be news mavericks that respond instantly to any crisis, and digital visionaries who foresee challenges and opportunities and act pre-emptively to stay ahead of the curve. 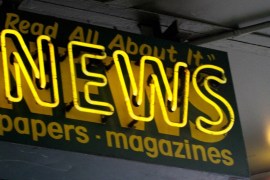 A quick reflection on the imbalance between output and outreach. 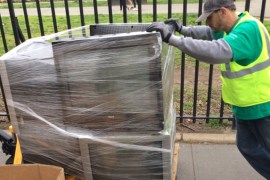 What future for television (and Al Jazeera)?

How conflation and complementarity between old and new media affect TV journalism.