On November 24, 2016, The European Parliament passed a non-binding resolution in favour of freezing Turkey’s EU membership accession process. This issue will be on the table for the final verdict when the European Council convenes on December 15-16.

Even though Turkey-EU relations are going through a difficult period, it is unlikely that European leaders will shut their doors to Turkey when they meet. Mutual interest, rather than altruism, stands in the way of complete termination of accession talks, which have achieved little and are going nowhere at present.

Europe and Turkey are pointing fingers at each other, but neither side is willing to pull the plug and take all the blame.

The EU is saying that Turkey’s lack of reform, democratic backsliding and post-coup crackdown stand in the way of continuing negotiations, whereas the Turkish government accuses the EU of lack of commitment to the accession process, going back on its pledge to liberalise visas for Turkish citizens, and issuing a tepid response to the failed coup attempt.

Though all these factors have certainly played their part in the current stagnation in bilateral relations, they do not explain it fully.

The roots of failure

Power struggles, political battles and a failed coup attempt have defined the Turkish political scene in recent years. In this climate, democratization and reform are fast disappearing from political parlance in Turkey.

Yet Turkey-EU relations hit a wall long before the former started wavering off the democratic path. Between 2004 and 2007, a period often considered to be the “golden era” in these relations, Turkey’s membership was effectively put on hold.

Turkey-EU relations hit a wall long before the former started wavering off the democratic path.

This was due to the election of Angela Merkel in Germany and Nicolas Sarkozy in France and the accession of Cyprus to the EU.

Although the standstill was framed as Turkey’s inability to fulfil criteria in the 35 accession chapters, the real reason for it was Turkey’s Muslim identity, which caused anxiety in Germany and France, coupled with the unresolved nature of the Cyprus issue.

This culturalist rejection, coupled with rising xenophobia, Islamophobia, and anti-immigration sentiments across Europe, has fed anti-EU sentiments in Turkey and has gradually marginalised the pro-western section of Turkish society.

This group no longer has the moral high-ground to urge the government to adopt “European values” to further Europeanise or democratize the country.

Thus, the EU has ceased to be a reference point for Turkey’s reforms and democratization, which has effectively come to a halt in recent years due to much more pressing domestic political struggles. Having said that, no other reference point can replace the EU’s previous anchoring role, and its disappearance bodes ill for Turkish democracy.

In recent years, another set of factors have pushed Turkey further away from the EU.

First, the EU appears to spend more time selling putative European values, but not necessarily always upholding them. The trouble is that the EU’s value-trade has fewer and fewer customers, both internally and externally.

The EU’s credibility relies more on how EU countries uphold these values domestically than how far they project them externally. In short, the view of the Turkish government has been that Europe needs to put its house in order before lecturing others.

Second, from the government’s perspective, the EU membership process has lost its instrumental value. The legislative harmonisation with the EU immensely contributed to the government’s successful drive to rein in Turkey’s previously meddlesome and unruly military and other high bureaucracy.

Though the failed coup attempt has demonstrated that civil-military relations are not ideal, there is no power centre able to challenge the government.

Therefore, an external anchor is no longer needed to deal with a threatening undemocratic power group such as the military or the Gulenist religious cult.

Third, the power struggles of recent years and failed coup attempts have taken their toll on Turkey’s state structure, resulting in the weakening of institutions.

On top of this, Turkey is poised to change its political system from a parliamentary system to an executive presidency. Both of these initiatives indicate that Turkey will be busy transitioning to a new political system while embarking on restructuring the state in coming years. The government appears to believe that abiding by EU rules will decrease the government’s room for manoeuvre in this process.

But there is growing recognition that the first can be attained through engagements with other parts of the world and the need for the second – internal political security vis-a-vis a hostile Kemalist establishment – no longer exists. Though Turkey institutionally remains anchored to NATO, there is increasing questioning of Turkey’s role and membership.

To put it differently, the growing appreciation that there are alternative modernisation paradigms, accompanied by a search for different models of democracy, not just the liberal one, lessen the appeal of the EU path. This partially explains President Recep Erdogan’s exploration of whether the Shanghai Cooperation Organisation can be a viable alternative to the EU for Turkey.

In the long term, these questions will be more effectively dealt with once the EU and Turkey come to clear decisions about their identity, historic mission and orientation. But there are short-term actions that can be taken to save relations from further deterioration.

The accession framework isn’t working at present. Sticking to it will only generate more bickering, animosity and tension between Ankara and Brussels. A more realistic framework that can breathe new life into the relations with attainable goals and feasible conditionality would be mutually beneficial.

Upholding the terms of the refugee deal, upgrading Turkey’s custom union agreement with the EU and investing more energy into a settlement in Cyprus will add positive dynamism into the relations.

Once this is achieved, Turkey and EU officials need to come together to put a more realistic framework for bilateral relations on the table instead of remaining prisoners to the current dysfunctional framework.

The importance and necessity of better relations between the two sides has not decreased as a result of changes in global politics. On the contrary, these changes are an even more urgent reason for improving relations, or at the very least, saving them from further deterioration. 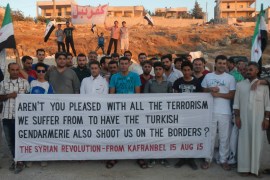 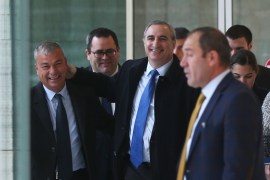