In August 1953, when I was a two-year-old toddler growing up in my hometown of Ahvaz in oil-rich southern Iran, the British and the Americans conspired against the newly elected Prime Minister Mohammad Mosaddegh, toppled his democratically elected government, reinstalled a runaway tyrant, Mohammad Reza Pahlavi, to rule over us, and robbed an entire nation of the possibility of living in a democracy.

As fate would have it, some 63 years later, now in the homeland of the very same plotters who toppled Mosaddegh, a vast segment of Americans are legitimately concerned that Donald Trump, their newly elected president, may usher in a dictatorial abrogation of their democratic institutions, particularly their cherished freedom of press which he seems to be able to torpedo with a few words in his noxious nocturnal tweets.

The British liberals are equally incensed about how the Brexit vote may be the sign of a nasty xenophobic turn in the history of European liberal democracy. Brexit and the election of Trump are therefore seen as cataclysmic events marking 2016 as a turning point in the history of “Western democracy”.

Today I of course deeply empathise when I read a piece in the New York Times such as The End of the Anglo-American Order, in which Ian Buruma argues quite eloquently how “for decades the United States and Britain’s vision of democracy and freedom defined the post-war world” – and then asks quite anxiously: “What will happen in an age of Donald Trump and Nigel Farage?”

But still I cannot help whispering to myself ever so politely: Excuse me, sir, but are you sure that the US and Britain had a vision of democracy and freedom that defined the post-war “world”? Was Iran part of this “world”? Was 1953 within that “post-war” era? What about Chile in 1973, or any number of other nasty covert operations the British or Americans conducted around the globe?

More than half a century after the CIA plot against Mosaddegh I have lived to see the same CIA accusing the Russians of interfering in the presidential election of 2016, manipulating the electorate to get a charlatan businessman into the White House. If Bernie Sanders were the American Mosaddegh, Trump is their Mohammad Reza Shah, as it were.

Is the US being administered a bit of its own medicine, perhaps? According to a report by The New York Times back in 1984, the CIA “contributed more than $1.4m to two political parties in El Salvador’s presidential campaign”.

This, however, was no isolated incident. Since the 1940s, the CIA “has played a covert role in elections and in the affairs of political parties in other countries”.

We also know that between 1953 and 1961, under Allen Dulles, the CIA overthrew the governments of Guatemala, “invaded Cuba, and was tied to the killing of Patrice Lumumba, Congo’s first democratically elected leader”.

The task today is for Trump not to be allowed to do to the US - or nativist xenophobia in UK and elsewhere to Europe - what the US and UK conspired and did to Iran and elsewhere.

More recently, The Washington Post has also allowed into its pages the fact that “the United States does have a well-documented history of interfering and sometimes interrupting the workings of democracies elsewhere.”

In his report, Ishaan Tharoor further adds: “In the late 1940s, the newly established CIA cut its teeth in Western Europe, pushing back against some of the continent’s most influential leftist parties and labour unions.”

Today you may think the US has repented from such unsavoury behaviour, except it has not. Again, as Tharoor reports: “After the end of the Cold War, the United States has largely brought its covert actions into the open with organisations like the more benign National Endowment for Democracy, which seeks to bolster civil society and democratic institutions around the world through grants and other assistance.”

I know of quite a number of discredited expat Iranian “opposition” who are the beneficiary of such largesse, being cooked up for a potential “regime change” back in their homeland.

Recently a particular group among them wrote a letter to Trump asking him to dismantle the Iran nuclear deal, impose more crippling sanctions on their own people, and help them to bring “democracy” to their homeland.

Once Jesus upon a path

The moral of the story is not a vindictive reading of history. Iranians today live in the throes of a repressive theocracy brought upon themselves by their own domestic tyrants.

But the troubled soul of Anglo-American liberal democracy today in both the US and UK will have to be read as the historic closure to the false distinction it has made between domestic prosperity and foreign warfare.

The task today is for Trump not to be allowed to do to the US – or nativist xenophobia in UK and elsewhere to Europe – what the US and UK conspired and did to Iran and elsewhere. In that task we, the survivors of those atrocities, have much to share with our former tormentors and present hosts.

It’s the festive season associated with the name of Jesus Christ – so let me conclude with a magnificent poem by the towering moral authority of Persian poet Nasir Khusraw in which the figure of Christ appears prominently:

Should you have a sword in hand don’t rush to slaughter people,

For in God’s eyes evil will never be forgotten.

Jesus once saw a dead body wasting upon a path,

He wondered and paused for a moment of reflection:

“Whom did you kill,” he whispered quietly, “so you were killed in return?”

“And where would the man who killed you be in return killed by someone else!”

“Don’t harass people knocking at their door with your fingertip!

So no one would bother you banging at your door with a tightened fist!” 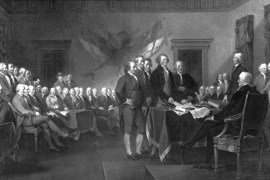 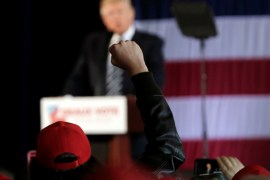