Together, these developments suggest something even more chilling: The halcyon WikiLeaks era when our chief fear was that the whole truth might emerge online is officially over. Cyberspace is rapidly becoming censored.

Although the end game of the hackers who targeted my private email account and that of other journalists and professors is unclear, several scenarios are imaginable.

Did they seek to disrupt our ability to research and write by cutting off access to our files and contacts? Do a “data dump” of embarrassing emails to undercut our authority? Foment internal feuds to divide us, as they did with the emails of Clinton campaign manager John Podesta and Democratic National Committee staffers? Intimidate us into thinking twice before criticising Donald Trump in the future? All of the above?

Whatever the strategy, it’s clear that censorship was the goal. This can also only be the aim of Professor Watchlist, the new McCarthy-like project by Turning Point USA, which asks students to report their professors for espousing liberal beliefs, so that a public registry can be formed.

There’s another way in which the internet has become a tool of censorship, albeit unintentionally. In 2014, Facebook changed its algorithm so that content which the platform detects that an individual user most likes shows up on our respective newsfeeds. As a result, political content that doesn’t fit with a person’s pre-existing beliefs is censored.

As Buzzfeed’s Ryan Broderick explains, “algorithms identify that a user likes one particular page and suggest others, creating an echo-chamber effect that can lead to some pretty scary places.” Broderick says this has helped radicalise Facebook users across the United States, Britain, France, Russia, and Australia, bolstering support for far-right candidates and causes.

More diabolically, The New York Times reported recently that Facebook is working on a tool to censor posts by Chinese citizens, so that it can re-enter the Chinese market, where the government currently blocks access to the site – a practice the social network has already used in Russia, Turkey, and Pakistan.

The small possibility that the US election was hacked – following attempts to hack voting infrastructure in Ukraine, Norway, and the Netherlands – would, if true, be the ultimate form of cyber censorship. We do know that hackers breached voter registration systems in at least two states and targeted more than 20 states.

All of these developments are a direct threat to the marketplace of ideas that John Stuart Mill explained are necessary to a society, so that we can arrive at, and act upon, truths through the consideration of different points of view.

How can we fix this?

First, the US government must strike back at the state-backed hackers targeting opinion leaders and Democratic operatives. It’s wholly unacceptable for a foreign government to meddle in an election, just as it’s intolerable for an outside state to attempt to attack the watchdogs of democracy. Although a counter-cyberattack is warranted, the US should also consider other options, such as sanctions and publicly exposing, and freezing the assets of, the state sponsors of these attacks. This response needs to begin under President Obama, but it must continue under President Trump.

The way journalists and professors should respond to this attack is simple. We should share our views even more. Sadly, in order for us to do this, we will need more help securing our communications from technology companies and from the universities and media companies that provide us with our email accounts.

Journalists and media organisations around the globe can also work together to identify and expose the hackers. This approach was recently used by the German newspaper, Sueddeutsche Zeitung, when it brought together reporters from 107 media outlets around the globe, with the help of the International Consortium of Investigative Journalists, to analyse 11.5 million documents exposing how the world’s wealthiest people shield their money from taxes and commit other financial crimes.

Third, Facebook must alter its algorithms. Today. Although the current debate in the media is largely focused on how Facebook can fight fake news, combating censorship must be an equal and urgent priority. The free flow of information and the debate it generates is essential to democracy.

The renowned legal theorist Thomas Emerson argued that the First Amendment to the US Constitution contains a positive right to information because “the reverse side of the coin from the right to communicate” is “first, the right to read, to listen, to see, and to otherwise receive communications; and second, the right to obtain information as a basis for transmitting ideas or facts to others.” While we also have the right not to consume news we prefer to ignore, that decision should be ours to make. It shouldn’t be decided for us by executives in Silicon Valley, who decree that dissenting views be deleted from our newsfeeds.

Finally, the US needs a publicly funded recount of paper ballots and examination of electronic voting machines in several states. It shouldn’t be up to Green Party supporters or the Clinton campaign to pay for it. The US government also needs to better protect voting systems for 2020.

We need to take the internet back, not as liberals responding to these attacks, but as citizens of every creed demanding that cyberspace not be censored. 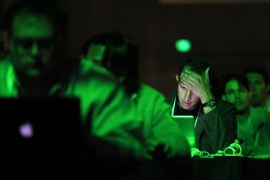 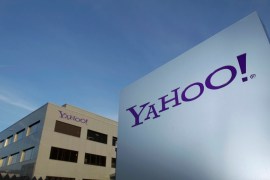