The Palestinian issue is likely to get widespread coverage in 2017, but internal issues will mostly dominate the news agenda rather than the external developments. And by the end of 2017 the occupation of Palestine won’t end and global powers will continue to play the word game about a peace process that is spinning its wheels.

However, the Palestinian side will be very active. From President Mahmud Abbas’ point of view, the successful conclusion of the Fatah congress paves the way for personnel reshuffles as well as some breakthroughs in the split between the Palestine Liberation Organization (PLO) and the Hamas movement.

The warming of relations between the groups, which was once marred by animosity, was evident throughout the days leading to the congress and during the deliberations.

Unlike the previous Fatah congress that was held in Bethlehem in 2009, this time Hamas security officials allowed Fatah delegates to leave Gaza for Ramallah.

And during the congress, both Abbas and Hamas leader Khaled Meshaal exchanged public pleasantries. The head of the Hamas politburo sent a message to the Fatah congress congratulating them on holding the event and pledging to work together for reconciliation. Abbas also reciprocated by mentioning Hamas with a positive tone four times during his major congress speech.

If this rapprochement continues it should produce a breakthrough in terms for the implementation of the Mecca and Cairo reconciliation agreements.

Those agreements lay out the groundwork for a series of consecutive actions that must take place to make the reconciliation work.

While Abbas is not about to exit the political scene, this year will clarify the figures that will be ready to fill his shoes once he leaves.

The steps include the creation of a national unity government, holding the Palestine National Council (PNC) with the participation of Hamas in order to work out an agreed strategy for a unified Palestine liberation, and finally going to parliamentary and presidential elections.

As part of the Fatah congress resolutions, it was agreed that a meeting of the Palestine National Council must take place within three months. Rumours are already afloat that the current Rami Hamdallah government’s days are numbered.

Pundits predict the national unity government that will be created in the next weeks or months to include leading political figures from Fatah, the Popular Front for the Liberation of Palestine (PFLP), the Democratic Front, and the People’s Party, as well as independent factions such as Mustafa Barghouti’s Al-Mubadara (Palestinian National Initiative) and others.

Hamas will most likely be represented by independent Palestinians nominated by the Islamic movement. Once this new government is in power, its mission will be to prepare for elections.

The convening of the Palestine National Council will also be an important event in 2017. The last time the PNC met was in the Gaza Strip, with United States President Bill Clinton attending parts of the session.

Held in April 1996, the 21st session of the PNC authorised the creation of various institutions as a result of the Oslo Accords and annulled all clauses that contradicted the recognition of Israel which were adopted during the 1993 convention.

It is too early to tell where the 22th PNC session will take place. The PFLP and probably Hamas would like it to be held outside Palestine but this is unlikely. If Abbas has his way, it will be in Ramallah to avoid potential political pressures on the Palestinian leadership from any neighbouring Arab countries.

If the national unity government is formed and the PNC is held with the inclusion of Hamas to the PLO, the biggest hurdle would be to hold elections and to allow a smooth transfer of power regardless of who wins.

The most recent attempt to hold local municipal elections failed partly because of actions and accusations by the differing groups. The PLO accused Hamas of influencing the results of the elections through putting pressure on the candidates, while Hamas made similar accusations against Fatah and those in power in Ramallah.

2017 is also expected to be the transitional year for the two major Palestinian political groups. Fatah’s most recent elections have propelled the imprisoned Palestinian leader Marwan Barghouti and the head of the Palestinian Football Association Jibril Rajoub to the top two positions within Fatah.

And while Abbas is not about to exit the political scene, this year will clarify the figures that will be ready to fill his shoes once he leaves. Abbas has repeatedly insisted that he is not planning to run in any future elections. Therefore, if elections take place some time in 2017, we should be able to see some of the new faces.

Hamas will also witness changes. Meshaal is not running for the current Hamas shura elections that are taking place in Gaza and abroad. The elections are taking place in quasi-secretive form for security reasons, but the attention is given to the former Palestinian Prime Minister Ismail Haniyeh, who headed the pro-Hamas list that won decisively in the 2006 parliamentary elections.

While the Palestinian arena will be busy with various internal battles and changes, very little is expected to change in terms of the Palestinians’ main struggle aimed at ending the Israeli occupation. It is unlikely that much progress will happen on this front while Israel has Benjamin Netanyahu as prime minister and the US has Donald Trump as president. 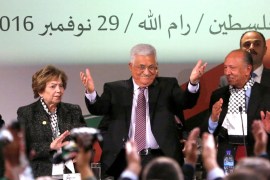 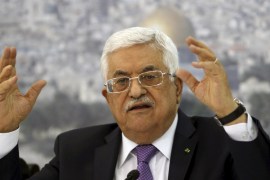