Three momentous recent events will shape the course of the Syrian crisis: the fall Aleppo, the assassination of the Russian ambassador to Turkey and the trilateral meeting between Russia, Turkey and Iran held in Moscow on December 20. This new trilateral diplomatic activism was preceded by a shift in the military balance of power on the ground as a result of the fall ofAleppo.

At this stage, the consolidation of military gains, the increasing legitimacy of the Bashar al-Assad regime, and Russia, Iran and Syria regimes’ preservations of their respective interests seem to form the immediate goals of these talks from the Iranian, Russian and Syrian perspectives.

They seem to be poised to crown relative military gains with political concessions, the most important of which is to take the talk of regime change in Syria off the table, and hence increase the international acceptance and legitimacy of Assad.

With the Assad regime in control of almost all major urban centres in Syria, the multilateral talks in their previous forms – be it in Geneva or Vienna – have lost their meaning. No longer will the regime and its backers, at least for the foreseeable future, be willing to engage in talks premised on a transition of power that would have seen Assad exit the scene at the end of an agreed-upon timeframe.

Three of the four most important countries shaping events in Syria were present in Moscow. Despite the glaring absence of the United States, Russia, Turkey and Iran set out the ambitious target of finding a solution to the Syrian crisis, with a pledge to act as guarantors to any ceasefire deal that the regime and opposition might agree.

Clearly, the communique produced in the aftermath of the Moscow talks was a setback for Turkey’s Syria policy and the opposition’s demands. Despite the reference to the United Nations Security Council resolution as the premise for any solution to the crisis, the communique has reduced the Syrian crisis largely to that of terrorism and humanitarian tragedy.

Nowhere were the regime’s actions or its legitimacy regarded as a problem, while the fight against terrorism, with explicit allusion to the Islamic State of Iraq and the Levant (ISIL) and the Jabhat Fateh al-Sham (formerly al-Nusra Front), was framed as a centrepiece of this deal.

No similar reference was made to the role of the Shia militias or Hezbollah, both of which have a well-established record of carrying out killings, massacres and other human rights abuses and war crimes.

For many within the opposition, this deal is likely to be seen as an imposition at a time they are weak, which needs to be scrapped as the first available opportunity.

The prospects of this new initiative are unlikely to be as sanguine as its protagonists portray. Lessening humanitarian tragedy and finding a solution to the Syrian crisis are two separate issues.

While this meeting could be instrumental in lessening the humanitarian crisis in Syria, given the close ties that the counties involved enjoy with the warring parties in Syria, it is unlikely to be able to deliver a solution to the Syrian crisis.

The absence of the US is a major shortcoming of the deal. No doubt the fall of Aleppo, with the concomitant human tragedy, is and will remain a major stain on the Obama administration’s record.

Its policy has sent a strong signal to heavy-handed dictators all over the world that brute force works. In the words of the Brookings Institution’s Leon Wieseltier, Barack Obama’s “inconsequential action doctrine“ has set the stage for the deepening of the Syrian crisis, the fall of Aleppo and all other human, strategic and geopolitical tragedies the world has suffered as a result.

OPINION: The implications of the Andrey Karlov assassination

In spite of this, a search for a solution to Syria will remain incomplete without the inclusion of the US, unless Americans are content with other powers hammering out a road map for Syrian crisis without its input.

Given that the US is the country that bears the most influence – although this influence shouldn’t be exaggerated – over the Kurdistan Workers’ Party (PKK) affiliated Democratic Union Party (PYD) and the Syrian Democratic Forces, the backbone of which is formed by People Protection Unit (YPG), the inclusion of the US is essential to sort out the role of the PYD within the Syrian equation.

The inclusion of the US is also essential for dealing with the question of “what kind of political architecture needs to be put in place in ISIL-occupied territories once ISIL is rooted out”. This is a major question that will loom large over subsequent talks.

For many within the opposition, this deal is likely to be seen as an imposition at a time they are weak, which needs to be scrapped as the first available opportunity. Similarly, as its track record suggests, the regime is unlikely to abide by a deal if it feels that it can attain further gains through arms.

In addition, the lack of reference to the PYD and Hezbollah is probably related to Turkish-Iranian rivalry. The status of Shia militias, Hezbollah, and the PYD will probably prove to be major sticking points in these talks.

The growing presence of Iran-allied Shia and other militias or paramilitaries in Syria and Iraq is alarming for Turkey. Turkey is hence striving to limit their roles.

In contrast, Iran has largely built its influence around the presence of these militias. As has been the case with the PMF, it aims to help these groups to become an integral part of these countries’ security structures.

In fact, it is highly likely that Iran will push for a similar legalisation process for its affiliated militias and paramilitaries in Syria. Turkey perceives this as a grave danger and menace to its interests in these countries.

Turkish Foreign Minister Mevlut Cavusoglu’s emphasis on the necessity of termination of any support given to Hezbollah in Syria while speaking to reporters in Moscow was no accident. Instead, it illustrates Turkey’s deep displeasure with the growing clout of Shia militias in both Syria and Iraq. This in return points to a major source of disagreement between Iran and Turkey: a point of friction that will cast its thick shadow over the talks going forward.

Despite the fall of Aleppo and the Russian-Turkish-Iranian diplomatic drive, the Syrian crisis isn’t about to be resolved any time soon.

Russia and Iran have proved to be competent in turning the tide in favour of the regime in the war, but they are unlikely to have similar successes in delivering a peace in Syria. 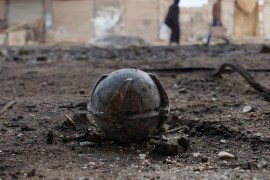 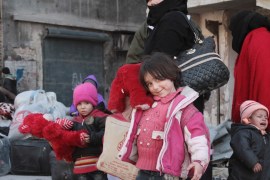