Six Ahmadi men were murdered because of their faith in Pakistan during this year up to November – the seventh Ahmadi died on December 12 of a heart attack, while stranded at his village mosque during a violent mob attack.

Khalid Javed was 65 years old and he could not be provided medical assistance because the mob had begun vandalising and firing at the mosque. The attack on the mosque of the Ahmadi community took place on Eid Milad un Nabi, the anniversary of the birth of Prophet Muhammad.

This attack has led to the displacement of Ahmadi families from the village. Similarly, in 2015 and 2014, two violent mob assaults on Ahmadis in Jehlum and Gujranwala resulted in hundreds of displaced families.

The recent violent mob at the Ahmadi mosque in Chakwal was initially a group of about 1,000. As its initiators called for reinforcements during the attack, the number went up to at least 3,000.

The calls by the anti-Ahmadi extremists started days before. Ahmadi community leaders had written to the authorities for security, because the extremists were campaigning to occupy Ahmadi mosque both offline and through social media.

After the attack, one of the extremist Barelvi religiopolitical organisations was rallying on the streets and shrewdly using online platforms to incite users against Ahmadis, citing the death of one of the perpetrators as a deliberate act of violence by the Ahmadis.

The social media users and protesters in the ongoing anti-Ahmadi rallies subscribe to the Barelvi sect, which advocates discriminatory blasphemy laws and lionises Mumtaz Qadri – the assassin of Salmaan Taseer, former governor of Punjab – who was executed in February.

Right after Qadri’s execution, an Ahmadi man who had been the victim of hate crimes for years was stabbed to death. The anti-Ahmadi extremist groups are now making calls for commemorating the anniversary of Mumtaz Qadri’s death on a national scale in 2017.

For about a century now, followers of Ahmadiyya community have been ostracised for an interpretation of Islam that differs from traditional orthodox positions. Ahmadis say their faith has been misinterpreted by mainstream Muslims and clerics intent on persecuting them.

Declared non-Muslims by the parliament in Zulfiqar Ali Bhutto’s Pakistan in 1974, and apostates by the clergy, systematic bigotry (PDF) against Ahmadis increased in 1984, when General Zia ul-Haq introduced an anti-Ahmadi ordinance in Pakistan Penal Code, criminalising practising Ahmadis.

Members of the community cannot call themselves Muslims or imitate Muslims in any way. For instance, Ahmadi mosques can only be called “worship places”.

Contrary to the restrictions on this persecuted group and other minorities, mainstream extremist religious groups can express themselves freely in Pakistan with impunity.

Ahmadis are even barred by law from using the traditional Muslim greeting “Assalam Alaikum”, a term used widely by followers of all faiths in Pakistan without any restrictions.

Rights activists and lawyers have also called this treatment of Ahmadis a legal apartheid. Where the impact of discrimination of Ahmadis is violent and bloodied, the everyday life of any Ahmadi is not spared either.

Students are scared of telling their class fellows about their religion and, in professional spaces, colleagues avoid discussing faith. In short, if you are an Ahmadi in Pakistan, you hide your religious identity.

Pakistani government recently made an attempt at undoing an iota of decades-long damage done to Ahmadis by naming a fellowship and physics department of a public university after noble laureate Physicist Dr Abdus Salam, who was Ahmadi.

While progressive Pakistanis were celebrating this recognition on social media, the same day, the counterterrorism department of Punjab police carried out an unprecedented act of harassment.

Masked and armed CTD officers raided a publication office of Ahmadi publication in Rabwah, the central Punjab town which is the community’s secretariat and possibly the safest place for them in Pakistan.

Four Ahmadi men were arrested from Rabwah on terrorism and blasphemy charges. These steps were taken under the pretext of National Action Plan, which has negatively impacted Ahmadi civil rights in the cover of controlling hate speech.

The Director of Public Affairs of Ahmadi community in Pakistan, Saleem ud Din, says over 80 publications of the community remain banned since December 16, 2014.

Contrary to the restrictions on this persecuted group and other minorities, mainstream extremist religious groups can express themselves freely in Pakistan with impunity. They have access to public space for their gatherings and marketing their agendas, putting their views out there through provocative speech and even threaten the state with violence and disruption.

OPINION: The neverending plight of Christians in Pakistan

Their impunity and freedom look stark in comparison to the attempts by the state to curb freedoms of minorities, journalists, human rights defenders and civil society at large.

It is an established truth that Pakistan is not good to its citizens who do not practise mainstream Sunni Islam and the status of Ahmadis is a harrowing example of this mistreatment. 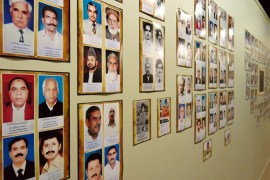 Pakistan’s Ahmadiyya: An ‘absence of justice’ 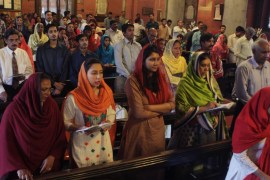