When the Bulgarian Ministry of Education announced the launch of a scholarship programme for 700 Romani high school students (individual awards totalling $32, monthly) in October, ethnic Bulgarian parents protested across the country.

National television programmes reported the scholarships as an “unjust measure that discriminates against non-Roma”, and a Bulgarian MP from a progressive centrist party questioned whether this “ethnic-based privilege” should be considered unconstitutional.

Considering that only nine percent of Roma complete secondary education and that one-third of the Bulgarian Romani population live in absolute poverty (PDF), it is hard to see how Roma in Bulgaria could be labelled as privileged, in any context. Yet, the argument persuaded many people to protest against the proposed scholarship programme.

Sadly, this case illustrates the situation of Roma throughout Eastern Europe and does not bode well for efforts to integrate the countless refugees now bottlenecked in Greece and Turkey, many of whom are Muslims, a religious minority in Europe.

Integration policies are doomed to fail, if generalised and unchallenged racism from majority populations continues unchecked.

A recent article by Leonid Bershidsky in Bloomberg presents the issue differently. “Eastern European national governments … have no idea how to integrate the Roma,” he writes, going on to quote the Bulgarian political scientist Ivan Krastev, who says this failure contributes to “Eastern Europe’s compassion deficit” towards Muslims and refugees.

“In many east European countries the Roma are not simply unemployed but unemployable because they drop out of school very early and fail to acquire the skills needed for the twenty-first-century job market,” claims Krastev.

This argument is dangerous, as it makes Roma the scapegoats for the failures of their governments and fellow citizens.

Bershidsky and Krastev present the plight of Roma as an issue impossible to solve. They seem to ignore that the first reason for the failure of Roma inclusion policies is the lack of political will by national governments to implement successful integration programmes, despite the substantial European Union funds allocated to European countries for the integration of marginalised communities.

When Hungary, Slovakia and the Czech Republic continue to place Romani children in segregated schools, one can have doubts about the sincerity of Eastern European countries’ willingness to provide better opportunities for their Romani citizens.

We Roma have been present in Europe for more than 600 years and we have been scapegoated, humiliated, and persecuted for just as long. It is unfair that we should now be pointed to as the reason for Eastern Europe’s intolerance towards Muslims, or for the lack of empathy Eastern Europeans show for refugees fleeing war-torn zones.

Muslims and Roma share the condition of being the most hated minorities in the region. A recent study by the Pew Research Center showed that 64 percent of Hungarians hold unfavourable views of Roma, and 72 percent of them have a negative opinion of Muslims.

In Poland, my home country, these figures are 47 percent and 66 percent respectively, even though both groups together total just 40,000 in a country of close to 40 million, mostly white Catholics.

According to a report by the Polish National Prosecutor’s Office, hate crimes increased by 13 percent in the first half of 2016 in Poland, affecting primarily Muslims, but also Roma, Jews, and blacks.

Intolerance by majority societies is the only objective parallel we can draw between Roma and Muslims in Eastern Europe. As long as countries are not willing to open their public schools to Roma children, to prosecute hate crimes against Roma, or to offer them an equal chance to participate in public life and in the employment market, no integration of any minority group will be possible.

Racism is like cancer; if it is not stopped radically, it spreads through the entirety of the social body. Attacks on minorities are a clear symptom of failed inclusive democracies.

Eastern Europeans do not reject refugees because of the failure of Roma integration; they do so because they are intolerant, and they are generally allowed to codify that intolerance, or at least act on it.

The prejudice Roma have suffered for centuries is a mirror held up to European societies; if we want the reflection to look any different, we will have to change ourselves.

Andrzej Mirga is a Roma from Poland. He is an anthropologist and the Chair of the Roma Education Fund. 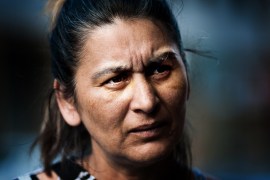 Roma women launch campaign to end segregation in Czech schools and fight for equal opportunities for their children. 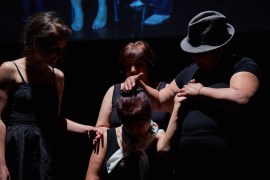 ‘To be able to have children is so important for a woman. When they took that away from me, I felt worthless.’