In Colombia, more than 350,000 plastic surgeries are performed each year; that is, 978 procedures a day, 40 an hour and three procedures every five minutes.

Plastic surgery is one of the most profitable branches of medical services in the country. The demand for cosmetic procedures responds to a massive need, fed by the hyper-sexism of the Colombian society which limits the professional and personal opportunities for women. Often, “being pretty” is the only way forward for a Colombian woman.

This is why it is understandable that there is such a high demand for such surgeries and so little regulation. Over the past decades, Colombia gradually became the perfect setting for offering unsafe surgeries, as the government took no serious action against the surgeries and victims felt too afraid to speak out.

Many complaints, but no action

In the past 10 years, this lack of proper regulation has led to a number of cases of botched procedures making the headlines.

In 2009, Colombian model Jessica Cediel had a procedure in which a synthetic polymer was injected into her buttocks, one that left her with physical and emotional scars.

In 2014, Luisa Toscano, a 20-year-old trans woman, died as a result of having a surgical procedure in an illegal aesthetic centre that offered surgeries to trans women.

In 2015, the model Angie Mendoza died due to a buttocks enlargement procedure performed by a cosmetologist in Barranquilla.

The authorities, too, are receiving an increasing number of complaints of aesthetical procedures going wrong.

In 2014, the Medellin Ombudsman (Personeria) Rodrigo Ardila received 19 complaints of alleged irregularities in aesthetic procedures that were referred to the Public Prosecutor’s Office.

Also, according to data from 2015, the Clinic of the Bolivarian University every month receives three to five women with serious health conditions caused by illegal aesthetic procedures.

Despite the threat to public health that such unsafe procedures constitute, the Colombian authorities have been slow to respond.

WATCH: Colombia – Under the Knife

Bills aimed at addressing this issue and regulating plastic surgery have been submitted to the Colombian Senate for years, but they haven’t been passed. A lot of money has been invested in powerful lobbies to keep the status quo.

Currently, there is a proposed law aimed at regulating certification of plastic surgeons, but it has been delayed and is unlikely to be discussed in the Senate before its Christmas break.

Even if it passes, there is a risk that it will be written in such a way that it will benefit the massive and low-quality supply of plastic surgeons.

The problem of unsafe plastic surgeries also has not been taken seriously because Colombian society divides victims into “good” and “bad”. It has a serious lack of empathy with the victims of unsafe cosmetic surgeries.

Any woman who has a certain cosmetic surgery is judged negatively, and if her health is put at risk, well, “tough luck”, because this woman is seen as a “bad victim”. This only applies to certain cosmetic interventions; that is to say, there is no moral judgment against anyone for going to fix their smile or for changing their hair colour.

The surgeries that society rejects are those that have to do with women’s sexualisation. And in Colombia, for women, there is only one thing worse than being a sexual object: not being one.

And in Colombia, for women, there is only one thing worse than being a sexual object: not being one.

To this is added the painful experience of speaking publicly about a body that one no longer recognises, of making one’s deepest fears public.

Unlike victims of other medical malpractice, the victims of cosmetic surgery are re-victimised by societal perceptions that “they sought it” and that this is a “punishment for their vanity”.

Colombian women are thus abused twice: once, when they are told they aren’t beautiful and need to go through these procedures to “fix” that and, then, again when something goes wrong and they are silenced, facing cruel judgment if they decide to speak out.

This does not mean that women should be judged for deciding to put themselves through plastic surgery. They should be free to decide how they want their body to look and it is their own business why they choose it.

Every woman has the right to navigate, as best as she can and wants to, the machismo and sexism of Colombian society, and no woman, without exception, should see her life, her integrity or her self-esteem in danger for deciding to go through a cosmetic procedure.

After years of victims’ silence, journalist Lorena Beltran decided to go public with her story of how she suffered after an operation in 2015. By investigating her own case and making it known to the public, the country learned of one of the biggest scandals in the industry.

Beltran had a reduction of her bust with the doctor Francisco Sales Puccini and, one week later, she suffered from necrosis of her nipples and scars that did not heal. Beltran has accused Puccini of being responsible for this, which he has denied.

Sales Puccini and other doctors took courses delivered in Portuguese at the University Veiga de Almeida in Rio de Janeiro, in Brazil, to be certified as plastic surgeons. Documents uncovered in an Al Jazeera documentary showed that there are many unanswered questions about the validity of these certificates.

Prosecutors are now looking into the case, but it is still unclear whether the inquiry will result in any legal action.

At this point, it is clear is that victims such as Beltran have only one course to seek justice: activism. This is the only way they can confront powerful lobbies, doctors without ethics, complacent bureaucrats, and petty lawyers – who are willing to make the most of one of Colombia’s most profitable business.

And healthcare is indeed a business in Colombia because Colombians’ health comes in third place of importance, right after profit and misogyny.

Catalina Ruiz-Navarro is a Colombian-Caribbean feminist and journalist living in Mexico City. She is the cofounder of the feminist counter-speech project Estereotipas. 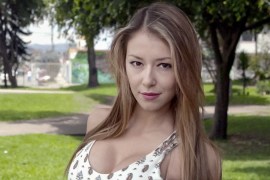 We investigate Colombia’s backstreet cosmetic surgery trade and the scams that leave victims scarred for life. 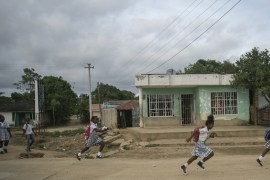 Palenquero: The identity behind a language in Colombia

Spoken by residents of a settlement established by runaway slaves, Palenquero is seen as a form of cultural resistance.