No one had a plan for this. Neither Brexit campaigners nor the government made any contingency plan for how Britain’s exit from the European Union would be organised, or on what terms, if the majority of people voted to leave. So why is Theresa May in such a big hurry?

Once the result was in, the Conservative establishment moved quickly to install a leadership that could be trusted with its management. David Cameron resigned as prime minister and Conservative leader.

His former ally and the Home Secretary Theresa May was piloted into power after potential rivals, the clownish Boris Johnson and the hard-right fund manager Andrea Leadsom, were forced to stand down.

May was no Brexiter. She had been quietly on the Remain side, and had given a private speech to Goldman Sachs warning of the dire economic consequences of leaving the European Union.

But she was also preparing her leadership bid, and knew that in the event that she had a chance to stand, she would have to shred her liberal, modernising credentials and come out as a new model reactionary.

This strategy was cleverly epitomised in her recent speech to the Conservative Party’s annual conference, in which she laid into immigration but also promised to use the power of government to defend working-class people, while attacking tax dodgers and multinationals.

By articulating a right-wing, nationalist version of Jeremy Corbyn’s class language, she hoped to tap into popular discontents, squeeze out the UK Independence Party (UKIP) as a right-wing challenger, and use racism to cut into Labour’s electoral base.

Currently, her government has the support of more than 40 percent of the population, a level of support rarely achieved by the Conservatives in recent decades. This is remarkable, given that her government has overseen a sharp fall in the value of the currency, to its lowest levels since 1985, food prices are likely to soar, and the property market – at the centre of a growth system based on speculation and debt – is set to flatline.

No right to use prerogative power

So why, then, did she set herself up for such a dramatic failure in the High Court last week? Having come into office with no plan for leaving the EU, May promised “Brexit means Brexit”.

She adopted a timetable for leaving based on triggering Article 50 of the Treaty of Lisbon, giving notification of the intention to leave, by March next year.

Hard Brexit would be devastating for business, while soft Brexit would necessitate British acceptance of some form of free movement of labour.

She claimed that she could do this without consulting parliament by invoking royal prerogative powers.

These powers derive from the Crown, and in principle give the monarch a great deal of power to make decisions.

In practice, it is usually used by the executive in Downing Street in matters of defence and national security – a legacy of empire. But, as the High Court ruled, the prime minister had no right to use prerogative power in this case.

May is a sophisticated, shrewd operator, but she almost gives the impression of being a ham-fisted, UKIP-style pugilist. Unless, that is, the result was actually a success for her.

If we were to work on the hypothesis that she still agrees with the views that she outlined before and during the referendum, then her task is to engineer the softest possible Brexit while appearing to give the right-wing what it wants.

In British politics, “hard Brexit” has come to mean leaving the EU and the single market, and ending the free movement of labour to and from the UK.

“Soft Brexit” means leaving the EU, but retaining access to Britain’s biggest trading partner – accounting for 44 percent of UK exports, and 53 percent of imports, in 2015.

Hard Brexit would be devastating for business (and almost everyone else), while soft Brexit would necessitate British acceptance of some form of free movement of labour.

Since immigration was the big issue galvanising Brexit, Theresa May has claimed to put immigration controls ahead of having access to the single market.

There is a harsh irony in that. For many of those who supported Brexit, controlling immigration was supposed to spare jobs and resources for hard-press British workers.

In practice, punishing immigrants now matters more than people having work or enough to eat.

But May’s apparently gauche invocation of prerogative powers may have been subtler than anyone realised. There is a strong likelihood now that her government will be “forced” to bring legislation to parliament before triggering Article 50.

This allows for all sorts of delaying motions, as well as making it more likely that the process will result in a “soft” Brexit.

What is more, May will not have to take responsibility for any of it. She can blame the opposition parties, above all Labour, for sabotaging sincere government efforts to fulfil the democratic will.

Of course it is just possible that May doesn’t know what she’s doing and is essentially stumbling around in the dark.

Pundits often don’t make enough room for that aspect of political life. But May’s record is far more suggestive of guile than ineptitude, and this looks like a gambit that paid off. 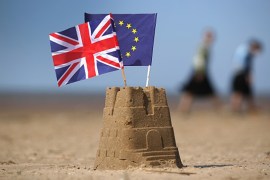