Journalism and journalists are under siege … but not in the places you might suspect.

Now, be honest, as you read that sentence what countries sprang instantly to mind? Russia? Turkey? Egypt?

To be sure, doing journalism in any one of that troika of nations can be risky business, often inviting imprisonment or worse.

But the smug, widely held view that Western journalists are largely immune from the state-sanctioned perils faced by their brethren toiling in other, more repressive states has always been a reassuring myth.

In the United States, the first amendment is famously supposed to ensure, on paper at least, a “free” press, free from intimidation, censorship and reprisal.

In Canada, Section 2b of the Charter of Rights and Freedoms explicitly shields: “freedom of thought, belief, opinion and expression, including freedom of the press and other media of communication.”

Journalists who don’t pick at the comfortable margins, and choose, instead, to challenge the vested centres of state power, have long known that geography and the political pedigree of a government are irrelevant when it comes to official retribution.

Predictably, after an enterprising reporter pricks the empire’s sensibilities, the empire routinely strikes back, invariably using all the legal and illegal tools at its disposal to establish who’s the real boss.

Of course, this vindictiveness is not new.

Because of his abiding insecurity and suspicion, Richard Nixon fashioned an “enemies” list teeming with the names of pesky, recalcitrant journalists.

Still, if “enemies” lists don’t do trick, then the courts will.

The inveterate culture of impunity is endemic to police and spies no matter the ideology or country they serve, nor, it's clear, the nationality of the journalists fixed in their malevolent cross-hairs.

New York Times reporter James Risen spent seven taxing years duelling with the Obama administration in court to stay out of jail and to protect the identity of a key source central to his revelations about clandestine US efforts to disrupt Iran’s nuclear ambitions.

A circumspect journalist not prone to hyperbole, Risen once described the Obama administration as “the greatest enemy of press freedom in a generation”. (President-elect Donald Trump will, I’m convinced, quickly wrest that ignominy from Obama.)

If the courts don’t do the trick, then the surveillance state will.

NSA whistleblower Edward Snowden has repeatedly raised the alarm that Western governments use their tools in the electronic ether principally to spy on their citizens – including journalists – and not terrorists or foreign spies.

Not an ‘isolated’ incident

Recently, Snowden’s prescient warning was borne out when it emerged that several journalists in Quebec were spied upon by police, possibly at the behest of powerful provincial figures.

The drip, drip, drip of damning disclosures began in late October when Montreal police admitted that they had, for months, snooped on La Presse columnist, Patrick Lagace, in a futile effort to unearth sources who were leaking unflattering information to him about the police.

Montreal’s police chief defended the spying by claiming investigators had obtained the necessary warrants and the leaks constituted a crime worthy of inquiry.

Lagace and his editors dismissed the police chief’s exculpatory reasoning as dangerous bunk.

“It irredeemably compromises the confidence that must exist between a journalist and his or her source so that citizens can be informed of subjects that are in the public interest and can participate in an enlightened manner in the democratic life of the country,” Trottier wrote.

The news about cops spying on scribes had just begun to reverberate inside Quebec’s political and media circles when it emerged that the tally of journalists who were targets of police surveillance had mushroomed suddenly to seven.

This time, Quebec provincial police confirmed that the calls made and received by several prominent print and broadcast journalists had been tracked for more than five years in connection with a 2013 police probe that was launched, reportedly, on the same day that a high-profile union leader made a complaint.

Apparently, the once “isolated” incident was now spreading like a state-engineered virus.

One of the targeted journalists, Alain Gravel, said: “It’s a shock. In a democratic society like ours, you never imagine that this thing could happen and be so systematic. It’s two events now in the same week. So we’re very concerned.”

While I sympathise with their plight, Gravel’s suggestion that systemic spying on journalists working in “democratic” societies by police and other muscular, secretive state institutions is inconceivable, borders, surprisingly, for an experienced reporter, on the naive.

Gravel’s and his colleagues’ experience proves that not only is Western government-approved spying on journalists plausible, it’s also an inevitable institutional response to scrutiny that puts those agencies in league with the anti-democratic practices of the regimes Western journalists are so quick to expose and condemn.

In any event, to staunch the metastasising scandal, the Quebec government has struck a public inquiry to examine the police forces’ subterfuge, warning that “sanctions” maybe in the offing.

I’m not reassured. Public inquiries into police misconduct in Canada – whatever its nature, scope or duration – are as routine as a Trump tweet at 3am.

After receiving a stern lecture and a tepid slap on the wrist for abusing their pervasive, surreptitious powers, cops know that, in time, and with a little patience, they can safely return to covert business as usual since, ultimately, they are immune from real, lasting accountability.

This inveterate culture of impunity is endemic to police and spies – East and West, North and South – no matter the ideology or country they serve, nor, it’s clear, the nationality of the journalists fixed in their malevolent cross-hairs. 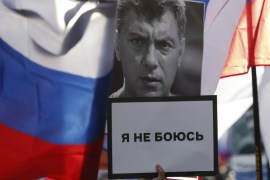 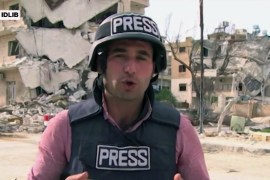