Recently, Trudeau celebrated his first year in office by granting “exclusive” interviews to golden-ticket bearing journalists who, predictably, treated him with gooey deference, careful to avoid asking their younger and perpetually effervescent guest any prickly questions.

It’s telling that a politician who claims to be doing politics in a new way continues to exploit legacy media to share his saccharine-laced message that “sunny ways” Canada is back.

Of course, this is a media-manufactured mirage. But if Trudeau and his protective team of PR advisers have proven anything since he was elected last October, it’s how adept they are in fashioning an image of a prime minister who is all smiles, all the time, sans the top-hat, frilly outfit and candy factory.

For diabetes-inducing evidence of this, I invite you to listen to this largely friction-free interview Trudeau conducted with the CBC to commemorate his one-year anniversary as prime minister earlier this month.

Among the first of many agreeable questions posed by the fawning CBC host was this embarrassing bauble: “You have always been clear that spending time with your own young family is a priority. How do you balance that with the job that you have?”

OPINION: Don’t be fooled, Justin Trudeau is an old boy at heart

Trudeau knocked that gift-wrapped confection out of the park, saying, with all the solemnity that he could muster, that he wasn’t in politics for the prestige or power, but because of his three children.

“Everything I’m doing here is or should be in service of making the world a better place for my kids, for all of our kids to grow up in,” he said.

“And as a dad, what’s your favourite thing to do with your kids at the end of the day?”

At that point, the CBC ought to have wheeled out a chocolate cake with a solitary candle on top so Trudeau and family could blow it out, while everyone joined in a rousing rendition of “Happy Anniversary” on Canada’s public broadcaster.

The obsequious CBC wasn’t the only major Canadian media outlet not only to give Trudeau a big, largely gentle platform to parrot his cliche-ridden bromides, but also to give him high marks as prime minister.

Despite plastering a happy face decal on Canada, Trudeau has followed in his Conservative predecessor's reactionary footsteps so closely that critics are beginning to refer to him, justifiably, as Stephen Harper light.

A columnist with the Toronto Star – Canada’s largest circulation newspaper that has traditionally supported the Liberal party – wrote that Trudeau had earned an A- because he had kept some of his election promises, rehabilitated Ottawa’s relationship with Washington, provided safe haven to Syrian refugees, launched a public inquiry into missing and murdered indigenous women and introduced a modest carbon tax.

While I have applauded Trudeau’s decision to welcome Syrian refugees and to attempt finally to redress the centuries’ old injustice visited upon Canada’s first peoples, a less pollyannaish assessment of his admittedly short stint in the top job is also a lot less flattering.

Despite plastering a happy face decal on Canada, Trudeau has followed in his Conservative predecessor’s reactionary footsteps so closely that critics are beginning to refer to him, justifiably, as Stephen Harper light.

Examine Trudeau’s environmental record. To date, it’s, in effect, a carbon copy of Harper’s: pay theoretical lip service to the existential need to stave off climate suicide, while adopting the Conservatives’ limp carbon emission targets and approving a liquefied natural gas plant, as well as a pipeline on British Columbia’s coast that, taken together, will substantially add to, rather than subtract from, Canada’s carbon footprint.

Like Harper, Trudeau dutifully sided with corporate interests over environmentalists, scientists and indigenous peoples who believe they’ve been betrayed by a malleable politician who has, once again, sacrificed the land and the people who inhabit it for the geyser of cash to be made from energy exports.

And they’re not the only Canadians who feel betrayed by a prime minister who has mastered taking selfies and double-speak.

Trudeau talks often in sophomoric terms about recapturing the halcyon days when Canada was a force for peace and international security.

Meanwhile, the number of Canadian military “advisers” in Iraq has tripled and his government approved a multibillion-dollar sale of armoured vehicles to Saudi Arabia that helped vault Canada into second place – behind only the United States – in arms sales to the Middle East in 2015.

Apparently, in Trudeau’s geopolitical calculus, war is indeed peace. Not only that, NATO and Obama are great. Putin is very bad. Israel is never wrong. Dead Palestinian children, women and men don’t count. Ukraine is a freedom-loving democracy. Russia is a dictatorship. Free trade deals and unfettered foreign investment are the keys to prosperity. “Protectionism” is a dead end.

I could go on, but you get the point. The rhetorical and substantive differences between Trudeau and Harper’s so-called “foreign policy” are microscopic.

Oh, and rather than rein in the surveillance state enshrined into law by Harper, Trudeau has effectively permitted it to operate carte blanche and in the absence of any tangible oversight.

Canada’s spies remain The Untouchables, beyond the reach of any prying eyes or the law. Trudeau won’t even apologise to a trio of Canadian Muslims who were tortured overseas with the complicity of the RCMP and Canada’s spy service, CSIS.

Tough-on-terror Trudeau has rebuffed persistent calls by civil libertarians, constitutional lawyers and concerned citizens to repeal the Harper-engineered “national security” bills, opting instead to launch cross-country “consultations” designed to provide him with semi-plausible political cover to rebut cynics like me who insist the cement on this score is already dry.

Still, Canada’s Willy Wonka sits comfortably atop the opinion polls. But, sooner or later, Canadians’ appetite for Trudeau’s charming act will fade – whether he knows it or not. 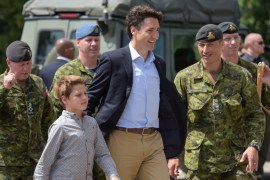 Don’t be fooled, Justin Trudeau is an old-boy at heart

Look beyond all the selfies, the world’s newest media darling, Justin Trudeau, is a neoliberal mirage. 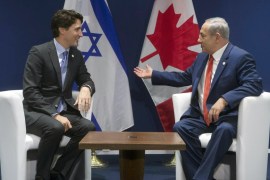