As US President Barack Obama and his national security team huddle about deciding what to do in Syria, a simple but necessary act can be done to save the lives of Syrian refugees without the use of military power.

The battle of Aleppo and other parts of Syria is being fought by proxy powers, especially the Russian air force and to a lesser degree Syrian fighter planes. These planes are causing the biggest damage among civilians because they are able to act with impunity in Syria, leaving a daily carnage of civilians.

Pushing for a no-fly zone might be the best way to stop this carnage but short of bombing the Syrian runways and controlling the skies, the attacks from the air are unlikely to stop.

But there is something that the US  and NATO can do to save lives from air bombardment without resorting to any military measures.

Many lives could be saved if NATO would be willing to share information they have from the sky regarding the timing and movements of Russian and Syrian warplanes.

In any war that includes fighter planes, or even rockets, a national plan is usually in place to warn the public and to allow them to take refuge.

Sophisticated satellite and other hi-tech equipment in the possession of the US military can easily detect fighters planning to bomb Aleppo or other Syrian cities enough time before the bombs hit the ground.

Such sophisticated technology provides sensitive time-based information that can mean the difference between life and death. All that is needed is to make this time-sensitive information available to the people who are on the ground.

Creative Syrian activists popularly called “rasideen” (monitors) have been trying to do this using unsophisticated methods.

Young people in different locations physically eye the planes and try to make out their general direction and then call a network of their friends with the hope of avoiding the brunt of the bombings.

Mobile phones don’t operate in areas not under the control of the Syrian regime, which means that only people with satellite phones can know about the coming bombers from the sky.

In any war that includes fighter planes, or even rockets, a national plan is usually in place to warn the public and to allow them to take refugees.

Naturally such a manual effort has limited results because it can’t reach the entire population.

A more successful effort can be done if physical sirens are placed in populated areas to be connected somehow with those with the information of the coming flights and can sound out the siren in time for people to try to take refuge.

It is true that in most Syrian homes no safe room or underground shelter exists, but real-time knowledge of a coming bomber can provide civilians with a chance to make do with whatever make shift safety location they can find.

The violence in Syria has become one of the deadliest conflicts in the world towards civilians. All parties to the conflict, including the Russian and Syrians, regularly claim that they are not targeting civilians.

The idea of the UN or NATO sharing information about Russian and Syrian flight patterns might be considered an act of war because it weakens the surprise factor. But this non-violent form of protecting civilians cannot be compared to the more direct operational military actions.

The US can’t simply shirk their responsibility for what is happening to civilians in Syria. Words and threats are not enough to stop the bombings.

If the US is not willing to use its military power to stop these attacks and to get a no-fly zone, then the very least they can do is to ensure that civilians living in Syrian cities that are daily being bombed, get the information already available to NATO.

Providing sirens and feeding local communities with this information is a small step to help ease the damage. It will not stop the war or end the suffering but in a small way, it can save lives.

Even if one civilian life is saved by the sirens, this would be better than giving powerful speeches or making an intervention in the United Nations Security Council.

Hazm Almazouni is a Syrian journalist and researcher specialised in Syrian refugees. 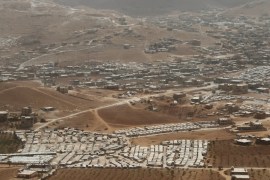 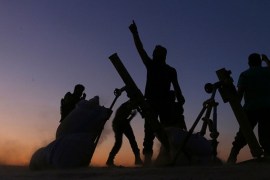 The loss of the city is a blow to ISIL but bigger challenges are looming.