You’d think that the 24/7 cable “news” networks could spare a few moments during this odious, interminable election for the millions of Americans who have to endure the kind of daily, grinding poverty that is decidedly at odds with the aspirational and largely mythical American “dream”.

You’d think these journalists might be able to pay at least a passing, if symbolic, nod to the fourth estate’s increasingly anachronistic clarion call: to comfort the afflicted and afflict the comfortable.

You’d think that the estimated 43 million Americans, including, by the way, about 15 million children, would have seized the attention of the marquee US newscaster who moderated the first presidential debate several news cycles ago and prompted him to ask even a solitary question about their endlessly uncertain fates. They didn’t.

And, I suspect, journalists won’t raise their plight during the twilight of a campaign that has been consumed lately by more graphic but not particularly surprising evidence that Donald Trump is a vile frat boy with vile tendencies about how he exploits women for his sexual pleasure.

In the ensuing frenzy, the poor have receded even further from view. Fact is, the legion of American children, women and men who live life below the so-called “poverty line” remain largely invisible, and easily forgettable statistics for much of the US corporate media before, during and after an election.

Despite their extraordinary numbers, the poor are habitually invisible because many of the journalists-turned-prime-time-US-television-stars are disconnected – economically, culturally and psychologically – from the audiences they claim, preposterously, to serve.

Despite their extraordinary numbers, the poor are habitually invisible because many of the journalists turned prime-time-US-television-stars are so disconnected ... from the audiences they claim, preposterously, to serve.

The reason for this, I’m convinced, is that, in part, the polished, well-manicured men and women who populate the US news networks have been preoccupied by the pursuit of fame, riches and ratings rather than the plain and, in this case, ugly truth. They are, like Trump, reality-TV celebrities – whether they’re prepared to admit it or not.

As such, the poor don’t count because these journalists-in-name-tag-only live and work in rarefied orbits inhabited by their fellow 1 per centers that rarely, if ever, cause them to report on, let alone consider, the plight of millions of Americans whose lives are often racked by fear, want and a not-so-quiet desperation.

Do you recall any of them paying a nanosecond of attention to this column by Hillary Clinton in The New York Times about her supposed “plans” to “help America’s poor”? That is, of course, a rhetorical question.

So instead of spending time and space on matters that matter such as environmental suicide or chronically obscene poverty rates and the ever widening chasm between the uber-rich and the perpetual poor, this US election has once again been driven by the near maniacal obsession with the candidates’ so-called “competing visions for America”, their petty, tit-for-tat taunts and, not so long ago, Trump’s tax returns.

Conflict – big or small, real, imagined or manufactured – defines the election “narrative”. In this context, the establishment media’s equally obsessive preoccupation with polls is a natural, even ritualistic aspect that propels much of what can be laughably referred to as the “coverage” of the US election.

Who’s winning? Who’s losing? Who’s up? Who’s down? These are the parochial, inside-the-incestuous-Washington-beltway questions that dominate the ubiquitous “panels” made up of the wind-them-up, talking-point-spouting partisans that often devolve into epithet-hurling volleys of charges and counter-charges.

This all-too-familiar pantomime has become more acute since it has become depressingly apparent that a Trump presidency – despite his most recent parallel-universe shenanigans – may still be in the offing.

The attendant polling hysteria is a reflection, I suppose, of the widespread hysteria associated with the stubborn prospect that this Twitter-addicted hysteric and an unrepentant 70-year-old “thug” in a tailored suit could become the so-called “leader of the free world”.

Fueling the hysteria is the usual stable of well-established polling firms and a relatively new crop of poll “aggregators” such as Nate Silver of the popular website FiveThirtyEight, who update their statistics-based crystal-ball projections about the November 8 presidential election not by the day or even the hour but, incredibly, by the minute.

Plucked from obscurity and launched into the polling punditry stratosphere for accurately predicting the outcome of 49 of 50 states in the 2008 presidential election, the bespectacled statistician recently offered this thoughtful, measured advice to Democrats fretting in the face of a rash of pessimistic polls: Panic!

Silver’s silly admonition triggered yet another round of frenzied conjecture masquerading as “debate” on TV. In effect, the talking heads were reduced to talking about what anyone – statistician or not – could divine by reading a batch of ephemeral polls commissioned by a batch of polling firms.

Now that those same polls have done what amounts to a U-turn, the panic has subsided – if perhaps only temporarily – on the Democratic side.

Still, you can be sure that in the dwindling days before election day, the pollsters and the aggregators and their willing conduits in the corporate media will faithfully document the ebb and flow of popular opinion with a rabid frequency.

Meanwhile, those 43 million poor Americans will be waiting for someone, anyone, to notice through the blizzard of polls that they exist.

When, mercifully, this election is over and after an instant-coffee-like moment of introspection, the poll-giddy reporters will make a solemn pledge to do better next time. But you, I and they know that they never will. 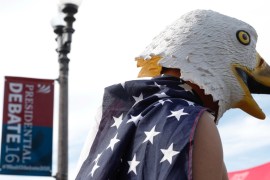 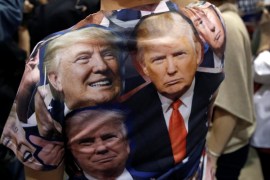