It’s a bleakly depressing map – an aptly illustrative closing curtain on a bleakly depressing year. Bad enough that the nightmarish war in Syria unleashed the biggest refugee crisis since World War II. Horrendous enough that the menace of Syrian President Bashar al-Assad’s deadly bombs, along with the Islamic State of Iraq and the Levant’s twisted and murderous atrocities, forced so many Syrians to risk death, through perilous and petrifying migration attempts, in pursuit of life.

Blood-curdling enough that ISIL claimed so many gruesome global terror acts: in Paris, killing 129 people; in Ankara, killing more than 100; in Beirut, taking 41 lives; at a Tunisian beach resort, killing 37; and with the downing of a Russian plane, over Egypt, killing 224.

That map, as put out by a British tabloid newspaper at the end of 2015, shows one European reaction to all of this – which has been to become ultra-nationalistic, super-intolerant, ethno-purist and extremely hostile to refugees. It depicts a spike in support for xenophobic far-right parties across the continent.

In France, there is the National Front, which surged in the first round of that country’s recent local election. In Austria, the far-right Freedom Party secured 30 percent of the vote in local elections earlier in September.

In Denmark, after winning 20 percent of the vote and coming second in June’s general election, the far-right Danish People’s party is part of the government coalition. And in Hungary, one in five of the population supported the ultra-far-right Jobbik party in April’s general election. Those are just some of the stats, but we could add plenty more; from Switzerland to Scandinavian countries, the far right has been quietly making serious gains.

It is all typically pegged to the refugee crisis – as analysts depict a Europe in fear of an influx of refugees, mostly from Syria, that shows no sign of abating. You might question this level of panic over a supposed deluge: the UN high commission for refugees saw at least 700,000 asylum claims in Europe in 2015 – while the population within the European Union is about 494 million people.

It's all typically pegged to the refugee crisis - as analysts depict a Europe in fear of an influx of refugees, mostly from Syria...

But you can probably guess where the stoked-up fear over mostly Muslim refugees comes from: the deluge of denigrating myth-making and panic-mongering by media and politicians alike, presenting Muslims as a kind of fifth column, or as communities of terrorist sleeper cells within Europe – even though, quite obviously, Muslims are actually fleeing terror, as inflicted by ISIL in Iraq and Syria.

A far more understandable concern, though, is over access to jobs and resources – because cruel austerity cuts across Europe have put the squeeze on these, increasing job insecurity and forcing people to work long hours, taking less pay while living costs keep rising. That’s the bit that connects Europe’s financial crisis with migration and the rise of the far-right.

As Daphne Halikiopoulou, professor in comparative politics at the UK’s university of Reading, argued a few months ago, austerity breeds right-wing extremism because of the work insecurity experienced by the middle classes.

“When a crisis hits, those who have a job fear that they will lose it. Those who don’t have a job (or those who do lose it) fear that they will have no safety net or alternative means of subsistence,” she wrote in the Huffington Post, adding that, the greater the insecurity experienced, the more likely this would result in support for the far-right.

And that is where the progressive left comes in, the kinder side of Europe’s depressing political map. It’s the other political force that surged across Europe last year, and one that wants to tackle the issue of squeezed resources in a different way – by putting a stop to those savage, ideologically-driven cuts, for a start.

Last year began with a resounding win for Greece’s anti-austerity Syriza party and ended with Podemos in Spain, a party that came into being only two years ago, breaking a decades-long two-party monopoly in elections in December.

Sandwiched between those two events was the anti-austerity Scottish Nationalist Party winning all but three seats in Scotland in the UK’s May election, and the anti-austerity socialist Jeremy Corbyn unexpectedly taking the helm of Britain’s Labour party in a landslide leadership victory a few months later.

These progressive parties are focused not just on the Europe-wide obsession with avoidable, counter-productive cuts – these have prolonged the financial crisis – but over the nature of the Europe Union itself.

If the current version of the EU – with its unelected power-wielding European Central Bank and European Commission – is all about preserving and extending neo-liberalism through deregulated financial markets and race-to-the-bottom work conditions, those nascent progressive parties are seeking alternatives.

Coming up from – and constantly referring to – grassroots support bases, these movements want stronger employee rights, fairer taxes and a welcoming approach to migrants – rightly seen as contributing to, rather than taking from, domestic economies.

That progressive politics fared so well in polling booths during 2015 speaks to a growing appetite for alternatives to the welfare-state-shrinking, elites-serving, fortress-Europe-enforcing politics that has been the prevailing force across Europe’s major countries for so long.

It’s the counter to the troubling surge in support for the xenophobic, hate-spreading far-right. It’s the politics of hope – and for the first time in a long time, it’s quite possible that it might just triumph over the politics of fear. 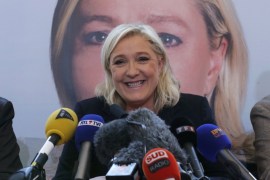 Marine Le Pen’s victory is a bigger threat than ISIL

The National Front’s track record of ineptitude, corruption and nepotism might herald the end of the French republic. 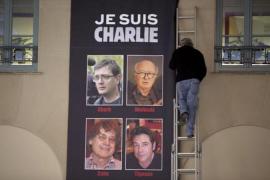