The execution of 47 people on “terrorism” charges in Saudi Arabia, which included the Shia leader Nimr al-Nimr and the al-Qaeda figure Faris al-Zahrani, prompted an attack and torching of the Saudi embassy in Tehran, promptly followed by Saudi Arabia cutting its diplomatic ties with Iran completely.

The decades long rivalry between the two regional superpowers had finally come to a boiling point and assumed a false sectarian divide between the Sunni and the Shia Muslims, or even worse between Arabs and Iranians.

Far from the maddening mayhem of these conflicts, and yet smack between the two warring factions, stands one magnificent museum with a hidden, silenced, and overwhelmed message.

For those of you who may not have yet visited this magnificent museum, its sublime architecture is designed by the renowned Chinese-American architect IM Pei and its site is the singular grace of a landscape otherwise flooded with the rambunctious debris of the gaudiest specimen of architecture from around the world thrown at Doha.

IM Pei’s exquisite architecture, built with wisdom, humility, and respect for the local environment and homage to Islamic architecture does not simply disregard that cacophony of poor taste and bad design. It actually captures a panorama of it in its central atrium with gentility, generosity, and tolerance, while literally placing a sea between its serenity and that madness.

During my recent visit, the museum was featuring two exhibitions in addition to its own magnificent permanent collection. One of these is called “Qajar Women: Images of Women in 19th Century Iran” and the other “The Hunt” in which the curators had gathered a marvellous collection of artifacts on  the theme of royal hunting.

...the fabricated delusions of the Sunni-Shia or Arab-Persian divide that today has reached explosive crescendo in the Saudi-Iranian rivalries.

The uncanny experience of visiting the Museum of Islamic Art in Doha at this particular moment is the marked and dramatic difference between the reality of Muslim civilisation as best represented in its priceless artistic gems and the fabricated delusions of the Sunni-Shia or Arab-Persian divide that today are marked by an explosive crescendo in the Saudi-Iranian rivalries.

If you wish to see with your own eyes why this dangerously delusional hostility manufactured and presumed between Arabs and Iranians, or between Shias and Sunnis is categorically alien to the very texture of Islamic civilisation just spend a few hours in this museum.

You go from one floor to the next, from one dignified treasure room of Islamic art to another, and you see not a single sign of anti-Iranian sentiment or pro-Arab prejudice. With an admirable generosity of spirit, works of art from Iran, India, Turkey, and Central Asia sit gracefully next to other works of art from Egypt, Syria, the Levant, North Africa, and the rest of the Arab world.

Not a shred of evidence that those responsible for procuring these masterpieces of Islamic art, caring for and curating them so elegantly had anything but the widest possible embrace for all cosmopolitan aspects of Islamic art regardless of their provenance – marking and crediting the nation that had produced them. In one case, you would see a copy of the Koran from India sitting gently next to a copy of Saadi’s Bustan – marked, dated, located with precision, accuracy, and above all, the absence of any sign of prejudice.

They say (and they say so sarcastically) as Constantinople was about to fall to the Ottomans in 1453, Christian theologians were busy debating how many angels could dance on the point of a needle.

I have much love, admiration, and collegial affinity with those magnificent theologians, and do not consider their exquisite question anything but a miracle of dialectical reasoning. I can only imagine the grace and glory of their company when they debated such sublime issues. I wish I were with them.

Today as the fire of hatred and violence rages from one end of the Arab and Muslim world to another, I found myself in the company of those magnificent theologians as I got myself lost in the Museum of Islamic Art in Doha, wondering how many facets of the most miraculous artistic and scientific achievements of a civilisation could gather and dance in perfect peace and harmony on the point of this space not much larger than the point of a pin in planetary terms.

Just like those Christian theologians or their Muslim or Jewish or Hindu counterparts, my musings in that museum were not in willful negligence but in deliberate defiance of those raging fires of hatred and violence, sectarianism and jingoistic nationalism.

What those theologians were in fact debating was how many pure abstractions of our better angels we can manage to mobilise in peace and harmony to dwell on this Earth, which is in fact much smaller and less spacious than the point of a needle in cosmic scale.

In the abstracted space crafted by an ingenious poet of an architect, IM Pie has crafted the simulacrum of that theologians’ gathering, not to escape and run away from the barbarians at the gates of our humanity but to tame that diabolical savagery dwelling in the very fabric of our humanity.

The escalating rivalries and animosities between Iran and Saudi Arabia have nothing to do with the Sunni-Shia divide in the Islamic theology, even less with the common fate and destiny of Iranians and Arabs among other nations in the region. They are the firing fury of two states determined to outmanoeuvre the other at any cost.

The Museum of Islamic Art in Doha is the last vestige of the Islamic art of tolerance – standing there not so much despite the terror that is falling around it but in fact as a caring, kind, and gentle observatory of how to cast a redeeming gaze back at it. 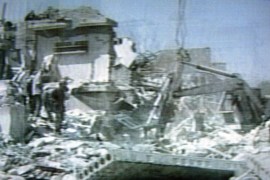 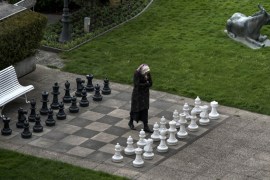