The fact that Britain is the most charitable developed nation in the world and Muslims are “its top charity givers” has been well established for some time. Prime Minister David Cameron acknowledged this reality in his Ramadan 2014 message, “Here in Britain, Muslims are our biggest donors – they give more to charity than any other faith group.”

The impulse of charity giving is embedded in human nature. For many Muslims the prime mover is the teachings of their religion to help fellow human beings in distress or in need, irrespective of their background. This has contributed to the emergence of a strong Muslim charity sector that has employed thousands of dedicated professionals. Many new charities have appeared in recent years and are attracting young, talented university students and graduates as volunteers. Some are known for their highly entrepreneurial and specialised works.

But in recent years, the new menace haunting Muslim charities is the fear of their bank accounts’ closure. The first that came to be widely known was HSBC’s notification to a few charities that their accounts would be closed in just two months’ time as they were outside the bank’s “risk appetite”.

This irreversible decision came without any previous notice and as a shock to the affected charities. HSBC’s failure to provide any warnings or appropriate evidence for its actions has been a real worry.

Since then, a few other banks such as Barclays and the Co-operative Bank have followed suit. Early in 2015 HSBC closed the Muslim Aid account.

Recently, they have closed down the account of Islamic Relief, the largest UK Muslim charity. On December 15, the Co-operative Bank informed Friends of Al-Aqsa that it would close their bank account. No reasons have been provided, apart from mentioning the same “risk appetite” issue. The Co-op has refused to engage in any negotiations, and has called this “a business decision”.

Bigger charities like Islamic Relief UK and Muslim Aid use multiple bank accounts; for them the main issue is serious damage to their reputation. But smaller charities do not have the luxury of doing this, so closure of their main account becomes a survival issue for them.

Bank closures undermine the great work done by Muslim charities abroad and within our own shores, such as in recent and past floods.

For a community undergoing disproportionate scrutiny from successive government’s counter-productive Prevent agenda, bank closures of its charities without proper explanation is an additional worry. When an organisation such as the Palestinian Solidarity Campaign, which has supported Palestinian rights for decades, found that its account with the Co-operative Bank was also closed last July, naturally it raised the spectre of fear among many.

Bank closures undermine the great work done by Muslim charities abroad and within our own shores, such as in recent and past floods. Many feel that the rhetoric of “extremism” and “protecting British values” vis-a-vis Muslims is creating a climate in which Muslim NGOs are seen as a fair game. One is not sure whether this selective bank closure affecting only Muslim charities is because of the political climate of judging the community through a prism of security.

Of course it is understood that there would be greater scrutiny of charities’ finances prompted by international money-laundering concerns and tougher UK counter-terrorism laws. But in a rights-based society renowned for its principle of innocence until proven guilty, if a community is made to feel out of place it does not bode well for Britain.

The Muslim charity sector has been the jewel in the Muslim community’s crown in serving humanity in recent decades; without a way out this may one day be reduced to insignificance.

Almost all charities in Britain are now regulated by Charity Commission (CC); so charities are duty-bound to maintain due diligence while transferring money directly to the recipients or through reliable partners acceptable to the CC.

Access to banking facilities is vital for transparency and good governance, and there are fears that fundraising and aid work in Muslim communities could collapse or even be driven underground.

The confidence of Muslim charities in British banks is obviously at an all-time low. The community is deeply worried about this development. Although banks are denying that their motives are religious, many believe this is the penalty of bearing any “Islamic” name in the current political climate.

David Anderson, the UK’s reviewer of terrorism legislation, called for dialogue between policymakers and NGOs on the issue of bank closures. It is time the government steps in to assure that Muslim charities are not victimised for political reasons. 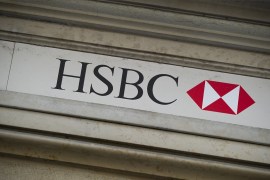 Move against Islamic Relief is latest to affect Muslim groups in the UK but the bank denies motives are religious. 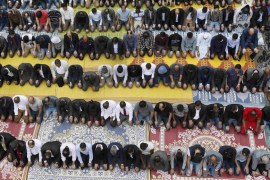 Muslim charities help to alleviate the hidden poverty in the UK in the spirit of Ramadan.