Later this month, representatives from the five littoral countries of the Caspian Sea – Russia, Azerbaijan, Iran, Turkmenistan, and Kazakhstan – will meet in Moscow to discuss the ownership of the Caspian seabed.

But do not get your hopes up.

More than 20 years since the break-up of the Soviet Union, the five Caspian coastline states have disagreed on how the energy resources under the seabed should be shared, developed and managed.

Even though each year brings new rhetoric on how an agreement will soon be reached, nothing has changed in the geopolitical situation in the region which leads one to assume that the upcoming meeting in Moscow will end the deadlock between the Caspian states.

A lake or sea?

When one looks at a map, they will see in the heart of Eurasia the largest inlet of water in the world: the Caspian Sea. But do not let this name fool you.

There is a serious debate as to whether the Caspian is legally a lake or a sea – and how this debate is resolved could have major geopolitical ramifications.

As the country with the shortest Caspian coastline, Iran’s position is straightforward: They consider the Caspian to be a lake. To back up this claim, Tehran uses old treaties signed with the Soviet Union in 1921 and 1940. Yet, Iran’s reliance on these former treaties is curious since neither makes any reference to seabed ownership or its use.

The three former Soviet states – Azerbaijan, Turkmenistan, and Kazakhstan – consider the Caspian to be a sea and, therefore, claim the seabed should be divided based on the coastline.

Russia’s position on the Caspian seabed ownership is complicated. The Russian Ministry of Foreign Affairs considers the Caspian to be a lake, believing this is the best way to preserve Russia’s dominant geopolitical role in the region.

On the other hand, the fuel and power ministries and the oil and gas lobby consider the Caspian to be a sea, as this would create more opportunities for Russian companies to compete for more lucrative contracts.

At best, Moscow’s incoherent position has evolved into what is best described as “common waters, divided bottom”. With this policy, Russia is able to maintain surface navigational rights and, therefore, naval supremacy in the Caspian while taking a more pragmatic approach to oil and gas explorations below the waves.

There are an estimated 48 billion barrels of oil and 292 trillion cubic feet of natural gas in proven and probable reserves in the Caspian region. As technology improves, there will likely be even more resources discovered in the region.

Even with the “lake or sea” dispute, there has been modest progress among the Caspian countries on agreeing to certain sections of the seabed. For example, last year the Caspian states agreed that each country will have sovereignty over a distance of 15 nautical miles from their coastlines.

This agreement might work for now since most of the oil and gas is close to the coastline. But as new technology becomes affordable and available, new fields will be exploited further away from the shore. This is why an agreement delineating the ownership of the seabed is so important.

For Europe and Turkmenistan

Europe desperately needs new alternatives to Russian gas upon which it is heavily dependent. Turkmenistan, home to one of the world’s largest natural gas reserves, needs major export partners other than Russia and China.

Laying a natural gas pipeline across the Caspian Sea has been a dream of Turkmenistan and Europe, but this initiative is regularly blocked by Iran and Russia.

The outcome of the “lake or sea” debate will have a major impact on future pipelines bringing oil and gas from Central Asia into Europe.

Furthermore, until there is an agreement, the possibility for armed conflict in the region remains real. Already, the lack of clear delineation of the waters and seabed has led to multiple disputes over oil and gas ownership.

All Caspian countries are building bigger navies. In the past, Iranian and Turkmen naval vessels have harassed Azerbaijani oil and gas exploration operations.

Even with so much at stake, do not expect very much to come out of the upcoming meeting in Moscow – other than flowery words in a press statement. 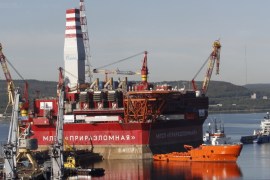 Vladimir Putin’s Arctic rhetoric goes down well with a population that has little hope for its future. 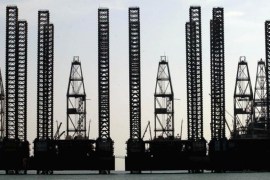 Russia and Iran are no longer fighting each other for territorial gains in the S Caucasus, but they are still competing.