A recent poll conducted by Afghanistan’s Tolo Television paints a bleak picture of the country’s new government. President Ashraf Ghani’s approval rating shows a dramatic decline from 60 percent nearly a year ago to slightly below 20 percent. CEO Abdullah Abdullah, the president’s partner in the National Unity Government (NUG), fares about the same.

Economic stagnation and worsening security conditions are major contributors to popular discontent. The survey also reports that 63 percent of the respondents say their economic situation has deteriorated in the past year. Migration has increased manifold; domestic and foreign investments have dramatically dropped.

A number of political formations are in the works in Kabul and some propose an early end to the NUG’s tenure, either through early elections or the creation of an interim government. Last week, a council of mujahidin parties – curiously consisting mostly of Ghani’s campaign supporters – announced its creation.

This hodgepodge of unlikely allies has taken an ambiguous stand: While it claims that it is not an opposition front, it also warns Ghani and Abdullah that it will monitor their policies and might rise against them if need be.

Some of the council members have expressed their dissatisfaction with the negligible share they have received in the post-election, power-sharing arrangement. Speculations have arised over the possible motivations of this council, with many analysts seeing this as preliminary posturing for a possible change of government in the future.

Interestingly, most of the former mujahidin groups, who were supporters of Abdullah during the election campaign, do not seem to be a part of this council.

Also read: The dangers of short-sighted policies in Afghanistan

Developments in the peace talks have been much debated. Ghani’s rapprochement towards Pakistan was first met with criticism by Abdullah’s campaign allies. However, renewed and intensified terror attacks in Kabul and other provinces compelled the Afghan government to put a screeching halt to the peace process. When Ghani’s tough and furious posturing supplanted his earlier conciliatory overtures to Pakistan, the president and CEO immediately found common ground.

The proposed electoral changes, submitted last week by an ad hoc elections reforms commission, seem to have created yet another point of contention within the government.

For a moment, it seemed like the two men had worked out their differences. However, the proposed electoral changes, submitted last week by an ad hoc elections reforms commission, seem to have created yet another point of contention within the government.

Another point of contention

The majority of the commission’s members have proposed radical changes, but two members walked out in protest and have announced an alternative reform scheme. Based on last year’s campaign platforms, one can deduce that while the former group’s pitch reflects Abdullah’s pledges of fundamental changes, the latter duo’s suggestions are based on Ghani’s less dramatic “evolution and continuity” theme.

Clearly, Abdullah’s former mujahidin allies will stand to benefit the most from the commission’s reform proposals. If parliamentary elections are based on a party system, as proposed by the commission, the only parties that have organisational, networking and financial capacity to win party-based seats will be these groups. With the approval of elections reforms, they won’t have to resort to the creation of opposition councils or plots to overthrow the government.

While the failure to reach an agreement on the election reform issue can potentially start another round of discord within the government, it will still be a trifle compared to more pressing issues that require their attention and concordance.

Afghanistan’s economic stalemate since the presidential elections has exacerbated the already bleak figures reported in 2014. The continued trade deficit of 96 percent , a decline of economic growth rate from 9.2 percent in 2010 down to 1.9 percent in 2014, and a rise in unemployment to over 50 percent and poverty to 36 percent (38 percent in rural areas) are certain to appear worse when the 2015 statistics come out.

Foreign aid, which pays for all of Afghanistan’s development budget and almost half of its regular budget, has significantly decreased since early 2014. This is partly correlated with US and NATO’s military withdrawal. It may also be a result of poor reports on aid effectiveness in the past decade. Reports issued by the US Special Inspector General for Afghanistan Reconstruction (SIGAR) are a vivid example of corruption and mismanagement of aid by donors.

The contested presidential election was often cited as the reason behind a freeze on approved funds. But, a year into the new administration, donors continue to play a “wait and see” game. They want to see systemic and institutional reforms before releasing funds and resuming project implementation.

As invidious as that backdrop may seem, there are a number of factors that make it imperative for the donor community and Afghan politicos to continue to stand firm behind Afghanistan’s current administration.

Let us not forget that Ghani and Abdullah have inherited most of the present state of the affairs and that election problems compounded Afghanistan’s calamities. These alone make it unfair to hastily dismiss his government as ineffective. Being pounded by Pakistan while working with empty coffers and around the old guard is a task that even world-class leaders fail to juggle successfully.

Whether foreign diplomats or influential Afghans have an issue with the president’s personality or methods, he remains one of the few political leaders with a vision that appeals to donor countries. His micromanagement style may be annoying, but Ghani has fresh approaches to the country’s long-standing and complex problems.

Together with Abdullah’s public relations savvy and the international community’s firm political and financial backing, this package has a better chance of directing Afghanistan and the immediate region towards sustainable stability than any other alternative.

A vast programme for changing the government’s procurement methods, which has been a major source of corruption, has been put in place. The colossal task of curbing corruption requires fundamental changes in governance and stern implementation of the rule of law. Technical reforms have begun. Tackling the political side of corruption will require the strengthening of the government’s position first.

Despite all criticism of Ghani’s offering of the proverbial olive branch to Islamabad and Pakistan’s failure to reciprocate, it cannot be disputed that Afghanistan now stands on a higher moral ground. Peace processes are bound to take many twists and turns, but showing good faith, along with concrete schemes that would reap economic gains for both countries, must not be viewed as a naive strategy.

Ghani’s long-term economic vision consists of establishing new regional trade cooperation routes, developing Afghanistan’s natural resources, and expanding her agro-economy. The regional trade cooperation was discussed this week in Kabul at the Regional Economic Cooperation Conference on Afghanistan (RECCA). The government’s overall economic plans and commitments were examined on Saturday in Kabul at the Senior Officials Meeting (SOM) with the country’s international donors.

The Afghan government did its best to convince the world that the dividend of its scheme goes beyond economic prosperity to restore stability to Central and South Asia. Now, the ball is in their court. Rather than looking at alternatives, the best course of action for those with a vested interest in Afghanistan’s stability is to boost its economic activity and strengthen the current administration. 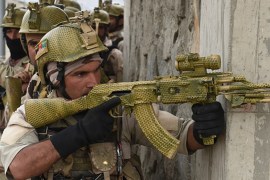