Around the time of launching the Middle East negotiations in the 1990s, the BBC launched a new sitcom by the name of Keeping Up Appearances.

The British comedy featured a comical and delusional middle-class woman by the name of Mrs Bucket, who conjured up stories of grandeur and insisted on being called, “Mrs Bouquet”. It became a big hit.

The diplomatic process also became a big hit, as long as it maintained the appearance of a peace process. But as Mrs Bucket, – excuse me, Madame Bouquet – described her husband, it was like a gold card, but without the money.

Eventually, official pretensions were exposed as a farce; delusion gave way to sobriety, and the process devolved into a tragicomedy.

After almost a decade of failing successfully, the diplomatic process finally imploded at the Camp David Summit in 2000. But American and Israeli officials kept up the appearance of peace negotiations with official Palestinian complicity, alas.

For a whole decade after its expiration, the peace process went on to manufacture false expectations on the basis of agendaless meetings and photo op summits.

Western NGOs and international organisations produced millions of documents, held thousands of meetings, made hundreds of initiatives, and tens of signed agreements – all to no avail.

Worse, the peace industry continued to flourish even as illegal settlements expanded, Jewish settlers multiplied, and the occupation deepened.

Also read: Palestine on the ropes

Images of handshakes, smiles and chuckles of US leaders positioned between their Israeli and Palestinian counterparts were widely circulated as Palestinian suffering worsened in Gaza and elsewhere.

The hypocrisy was so flagrant, the Israelis so intransigent, the Palestinians so screwed, that the Obama administration could no longer maintain appearances.

Indeed, an era has finally come to an end – and I am not only speaking of the diplomatic farce, I mean of the Palestinian cause as we know it.

The truth about Palestine

I can’t seem to get a particular image out of my head: It’s so raw, so dramatic, and so humane and heroic. It exposed the utter tragedy of Palestine and Israel.

It’s the image of a Palestinian family as they took on an Israeli soldier after he captured and wrestled down their child, Mohammad, to the ground.

The young sister, Ahed, bit the offender’s hand. The mother, Nariman, grabbed his face, as two other women removed his mask and tried to pull him away. Reportedly, after the drama ended, the women needed hospital treatment.

The image of the Tamimi family is not that of a random moment, but – just as other images create historic symbols – this one captures the essence of the Palestinian story. A YouTube video showing the incident was pulled, but not before it was seen by more than two million viewers.

For years, the Tamimis and the 600 inhabitants of the village of Nabi Saleh have mounted a peaceful resistance against the Israeli occupation and its confiscation of their land.

Since the so-called peace process started in 1993, Mohammad’s father, Bassem, was arrested nine times and tortured. His mother was arrested four times and is under house arrest. His brother suffered just the same.

Israeli soldiers killed other members of the Tamimi family, including an uncle, who was shot in the back. But the family continues to struggle for freedom from the occupation.

This is the real bitter (sweet) truth about Palestine that was eclipsed by the images of empty diplomacy and failed leadership, including incompetent Palestinian leadership both in the West Bank and Gaza.

Capturing the truth beyond the facts

In recent memory, images have, on a number of occasions, ushered in new eras.

For example, the image of a young man trying to block a tank with his body in Tiananmen Square became the symbol of a defiant new generation of Chinese.

An Iranian woman drowning in her blood after being shot during the Green Revolution symbolised the crackdown in Iran. And certainly the images of a tortured Iraqi prisoner with his head covered and another man naked on a leash as he was dragged by a soldier, exposed the brutality of the US occupation of Iraq.

Earlier, other iconic images went on to frame their respective conflicts: pictures of a Vietnamese girl fleeing from a US napalm attack, naked after her clothes were burned away from her body, the dead Salvadorian nuns whose bodies were found after being buried by the regime’s death squads, the journalist killed on live television in Nicaragua by the regime’s soldiers.

And that of another boy, Mohammad Ad-Durra, and his father under fire during the second Intifada.

In a world dominated by a multimedia culture, images could be more effective than rhetoric, and human stories are more real than analyses – and easier to accept – because they humanise and familiarise social and political movements.

Not even the most capable Israeli spokesman or propagandist can argue with a powerful image.

The truth about Israel

Images of the Israeli soldier as he tried to take on the Tamimi family tell the truth about Israel, too.

The fact of the matter is that the Israeli military that once won wars against other neighbouring militaries has been mostly stuck fighting, shooting, or arresting Palestinian women and children.

Israel’s wars (and failures) in Lebanon and Gaza and its bravado against Iran cannot hide the fact that its main – dare I say – existential challenge lies in their daily occupation of another people.

In Palestine, Israeli drones, fighter jets and nukes are of no real consequence. As Israeli settlements expand into Palestinian hinterland and settlers attack Palestinian communities, as well, the Israeli military is no more than an apartheid enforcer.

Yes, apartheid. The choice was clear for Israel when the diplomatic process started two decades ago: peace or apartheid. It chose the latter, alas.

Apartheid is not about any one particular race or religion; it’s about racism – an ideology that allows one people to oppress their neighbours at will.

The reality of Israel today is such that its minister of culture is dismayed by the fact that the soldier couldn’t shoot the Palestinian women that hit him.

It’s no coincidence that Israel has finally stopped trying so hard to appear democratic and peaceful. Apartheid radicalises and dehumanises. It is dangerous and it is destructive. 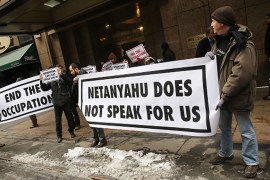 The Obama Doctrine may act to “de-Zionise the American empire” and seriously complicate Israeli-US relations. 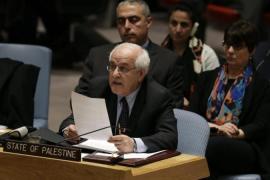