As world leaders gather in New York for the 70th United Nations General Assembly, Iran’s future will be much discussed. Although Tehran’s nuclear pursuits will grab the spotlight, it is the regime’s record on human rights that deserves scrutiny.

The Iranian regime continues to execute its citizens at a higher rate than any UN member state. In fact, the regime boasts the highest rate of executions per capita in the world, surpassing even China. More than 2,000 people have been executed on President Hassan Rouhani’s watch in just two years, more than in any similar period in the past 25 years.

Amnesty International has referred to Iran’s “execution spree” as “staggering”, and the UN Special Rapporteur for human rights, too, has decried the rising tide of executions – also carried out on juvenile offenders – during Rouhani’s tenure.

Today, hundreds of Iranian dissidents, including minority and women’s rights activists, are behind bars, and Iran has become the largest prison for journalists in the Middle East.

Despite Rouhani’s repeated promises to respect civil rights following his election in 2013, serious rights abuses continue. The regime’s record of arbitrary detentions and unfair trials, discrimination against minorities, mistreatment of political prisoners, and restrictions on freedom of expression, have led UN Secretary-General Ban Ki-moon to deliver a sharp rebuke in March 2014.

But in recent months, security issues have distracted the US and world leaders from the regime’s domestic troubles. As the UN General Assembly gets under way, it is time to refocus the world’s attention on human rights.

Ban has called this year’s assembly a time of “turmoil and hope“. Turmoil, he notes, “because conflicts have deepened in so many places, and civilians are paying the price”. Hope, because global leaders are again gathering to forge solutions to the world’s troubles, he says.

But the reality is less hopeful for millions of ordinary Iranians who are imprisoned by a regime that cares little for their welfare. Indeed the circumstances are bleak for millions of Iranians trapped by a regime that has grown adept at consolidating its own power and influence while doing little to support the people’s aspirations for a more just and tolerant society.

As world leaders take their seats at the UN, the primary agent of Middle East instability will have a seat at the table. But officials should know that Tehran’s leaders don’t speak for the Iranian people.

The Iranian people yearn for a democratic, tolerant, gender-equal, pluralistic state, and today, supporters of the principal Iranian opposition will gather near the UN headquarters to give voice to the voiceless.These individuals – thousands of them – will denounce the presence of Rouhani and Iranian officials at the UN General Assembly and demand that the international community hold the Iranian regime accountable for its abysmal human rights record.

These expressions of dissent arrive at a critical moment when the US Congress is voicing broad, bipartisan disapproval of the Joint Comprehensive Plan of Action and when human rights watchdogs are voicing near uniform disapproval of Tehran’s internal repression, treatment of minorities, and gender apartheid.

The rally in New York will include men and women, young and old, and individuals of diverse backgrounds in a show of extraordinary solidarity. The event will be a demonstration to the world that there is a democratic alternative to the Ayatollahs. But more needs to be done to highlight this principled resistance and the values it upholds, commitments consistent with the very charter of the United Nations.

When Iran’s foreign minister sat recently with his Western counterparts in Geneva – shaking hands and celebrating a possible nuclear accord – the lifeless body of a young man hung from a crane in a bleak public square in Tehran. As world leaders gather, Iranians are rightly asking if the world will continue to disregard human rights and their moral commitments in the interest of cosmetic diplomacy or whether a tipping point has finally been reached.

Robert Kagan of the Brookings Institution makes the case that regime change in Tehran is the “best non-proliferation policy“. But regime change from within may also be the best strategy to uphold human rights.

President Barack Obama makes a mistake by treating Tehran as a fixture of the Middle East landscape, but other US officials need not make the same mistake. International law does not simply guarantee sovereignty – it upholds human rights. States are instruments of and by the people – not the other way around.

As the UN General Assembly convenes, the Iranian opposition’s calls for freedom and human rights, peace and security reflect these noble hopes and aspirations, and their determined resistance reflects the arc of history bending towards justice.

Ivan Sascha Sheehan is director of the graduate programme in Global Affairs and Human Security at the School of Public and International Affairs at the University of Baltimore. 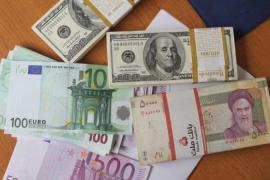 Why diplomacy with Iran is doomed

The Supreme Leader of Iran, Ayatollah Khamenei is convinced the US’ aim is regime change, and with good reason too. 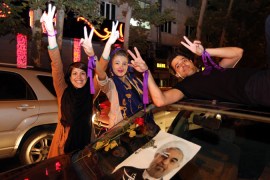 “The Iranian nuclear crisis is no crisis at all. It is a fabricated issue,” writes Hamid Dabashi.