Why would a grown-up man, a respectable scientist, a self-professed warrior for the cause of reason and truth, pick a quarrel with a 14-year old boy who was the subject of a horrid act of bigotry by people who are supposed to protect and nourish his trust in the world, his confidence in becoming a self-respecting human being?

By now, everyone knows the story of Ahmed Mohamed, a 14-year old boy who made a clock to impress his teachers and classmates and ended up being suspected of terrorism, arrested, handcuffed, and detained by the police on suspicion of having built a bomb. The story has had a very happy ending. They boy is cleared of all charges, and a global outcry of support for him includes an invitation by President Obama to visit the White House.

This New Atheism forms the most potent ideology informing US imperialism.

This should have been the end of the story – on to the next atrocity. But no: The self-proclaimed prophets of New Atheism – the loudest Islamophobic ideology of our time, competing with neo-Nazis for attention, would not let go.

We read in the news that one of the leading prophets of the cult, Richard Dawkins, has come out criticising the young boy that he had pretended to invent a clock and that he “wanted to be arrested”.

New Atheism as a Fanatical Religion

As practised by Richard Dawkins and his ilk (the late Christopher Hitchens, Bill Maher, Sam Harris, et al), what is branded as “New Atheism” now amounts to a fanatical religion, degenerated into an offbeat cult, entirely contradictory to the delusion they are preaching that they are atheists.

As a moral, philosophical, or even metaphysical position, atheism is a perfectly legitimate position that perfectly honourable and moral people might have. But, by and large, atheists are pacifists denying any superior being manufacturing or managing of our universe, for that is what they think theism is. They may or may not be right in that assumption, but they are entirely entitled to refuse to believe in something others believe.

Related: When clocks are bombs

The manner, however, in which Dawkins and his coreligionists preach and practise their atheism is not much different than the manner in which Abu Bakr al-Baghdadi preaches and practises his Islam, or John Hagee confesses his Christianity, or Rabbi Eli Ben-Dahan his Judaism. They are all fanatical absolutists, dead certain in their hateful convictions, and without the slightest human doubt about their fanatical dogmas. They are all interdictions and punishments: no room for error, no time for introspection, no interior space for tolerance.

No collective human experiences that this particular brand of atheists designate, denounce, and dismiss as “religion” has ever been devoid of tolerance, doubt, humility. Judaism produced its Maimonides, Buber, and Levinas, Christianity its Schleiermacher and Kierkegaard, Islam its Rumi and Ibn Arabi, Hinduism its Ramakrishna, Ramana Maharshi, and Mirabai. But who have these profoundly fanatical atheists produced to teach them patience, humility, and forgiveness? Richard Dawkins, Bill Maher, Christopher Hitchens, Sam Harris – an abiding love of humanity and our frailties? They are each more vindictive, arrogant, and spiteful than the other.

Dawkins accuses Ahmed of fraud: that he may have purchased a clock and taken it out to impress his teachers. Suppose he had. So what? Is this something that a grown-up man from half way around the globe picks up by way of intervening on this case?

The atheism that Dawkins and his ilk preach is an intolerant and dogmatic creed predicated on a theology of contempt for human follies and frivolities. They have become the picture perfect of that which they denounce. They have made a bogeyman whom they call “religion” (by which like Hitchens and Harris, they mean mostly Islam) and have made it so much the target of their hubris and hatred that they have metamorphosed themselves into it: intolerant, dogmatic, fanatical – the very model of medieval inquisition any human decency would denounce in any recalcitrant religion.

Can you imagine if these vindictive fanatics were to rule the world, legislate its laws, and execute its mandates? Anxiety-ridden, obsessive, and hypochondriac – they excel in the neurotic behaviour they then attribute to “religion”.

It is as if from their brand of hateful atheism they have deduced backward a theology of contempt for human dignity – that by definition includes human folly, human frailty, human fragility. In denouncing such human traits, they are prophets of subhuman hatred and loathing, not just of people they scarcely know, but of the very texture of humanity, of who and what and whatever for it is we are.

Along with Christian Zionism and Neoconservative Neoliberalism, this New Atheism forms the most potent ideology informing US imperialism – now looking at itself in the mirror of murderous fanaticism of the Islamic State, and thus, foregrounding them all is Samuel Huntington’s “Clash of Civilisation” thesis.

In a magnificent essay, “New Atheism, Old Empire“, Luke Savage has already demonstrated in detail how this New Atheism is really a subterfuge to give “intellectual cover to Western imperialism”. In an equally magnificent book, “Reason, Faith, and Revolution”, Terry Eagleton has exposed the bizarre fanaticism of the same cult.

What needs to be added is the fact that this New Atheism comes together with the “Axis of Evil” and the “Evil Empire”, one coined by President Bush and the other by President Reagan, to form a theology of imperial domination that reveals not just the banality of boorish chicanery they preach, but more importantly, the moral and intellectual vacuity of the unbridled neoliberalism they all promote. 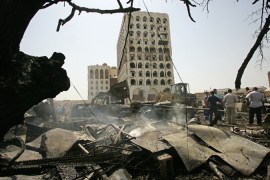 Too many journalists report official narratives of the powerful, missing the stories of working class people. 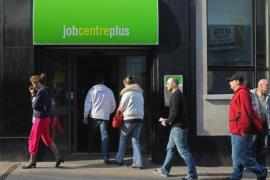 The non-immigrant working class in northern Europe have become figures of fun and objects of derision in the media.