In the late 1970s, the Soviet Union sent dozens of “advisers” to Afghanistan. By the early 1980s, these advisers turned into hundreds of thousands of troops who fought in a war that, in part, brought the Soviet Union to its knees.

Today, Russia makes no secret of the fact that it has “advisers” in Syria. Even more, Russian warships have been called into Syrian ports, and Russian warplanes and helicopters can be spotted on Syrian airfields. Social media accounts have shown Russian soldiers on the ground in Syria. There have even been reports that Russia is building a military base in Syria.

The actual number of Russian troops and the extent of their involvement in day-to-day combat in Syria are not yet clear. If there is a large number of Russian soldiers on the ground, their presence will not be kept a secret for long.

The Kremlin’s soldiers in Syria are bound to stick out like a sore thumb. Even in eastern Ukraine – which shares so many similar cultural, linguistic, ethnic, and religious traits with Russia – Moscow has failed spectacularly at keeping the presence of its troops a secret.

Obama’s weakness and Putin’s willingness to show strength have led us to the situation we find in Syria today.

Also read: Russia is part of the solution and the problem

Russia’s ultimate goal in Syria is the preservation of the Assad regime. If Assad goes, Russia stands to lose its only naval base in the Mediterranean Sea at the port city of Tartous. As Russia’s only port in the Mediterranean – and its only toehold in the Middle East – this would be a major blow to Moscow.

Even if Assad hangs onto power, he will never control all of Syria as it once was. Putin knows this. Therefore, it is likely Moscow will help shore up Assad’s defences in the region around Latakia – where he maintains his strongest support. Luckily for Putin, this is also where his naval base is located.

Putin sees the Middle East as another region on his global chessboard that can serve as a spoiler of Western policy. Deep down, Putin does not care if the Middle East burns or if thousands die. For Putin, the perception of the US failing in the Middle East is a victory for him. Keeping a naval base for Russia is merely an added bonus.

Assad is happy to play host to the Russians, no matter what the cost.

There has been a lot of focus on Iran being the primary guarantor of the Assad regime’s survival. Though Tehran plays an important role in this regard, it should not be overstated.

While Iran can fund a war in Syria using proxies, it is only Russia that has the national resources and the expeditionary military capability to intervene in a meaningful way to prop up the regime.

More importantly, for Damascus, only Moscow has the right to veto on the UN Security Council that can delay, block, or frustrate international efforts that could result in the removal of Assad.

Obama believes that saying something is the same as doing it – that delivering a speech is the same as implementing policy. This is the main difference between Obama and Putin, and between the West and Russia.

Russia acts and then the West reacts.

This is a common theme between the West and Russia all over the world: With recent developments in eastern Ukraine, the testing of NATO, the Iranian nuclear deal, and now, Russian ground troops in Syria, it is clear that Russia has a strategy to achieve its national objectives. The West does not.

Until there is real leadership in the West, clear goals are defined, and a coherent and unified strategy is developed to achieve those goals, Russia will continue to run rings around the West in places like Ukraine and Syria.

How much Russian blood and treasure Putin is willing to spend to prop up Assad and keep its naval base in Syria remains to be seen; but one thing is for certain: Russia is playing a deadly game in Syria.

Although the situation in Syria is, in many ways, different from Afghanistan in the late 1970s and ’80s, there are some notable parallels between the Soviets’ incremental escalation in Afghanistan and what Russia is doing today in Syria. Before the Russian people realise what is going on, “advisers” quickly turn into soldiers, and soldiers quickly come home in body bags.

With the Russian economy in tatters, oil prices down, and the frozen conflict in eastern Ukraine, can Putin really afford another military adventure abroad?

The answer is he can, but the poor Russian people cannot. 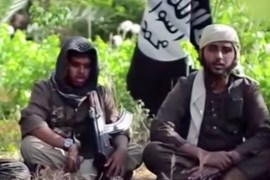 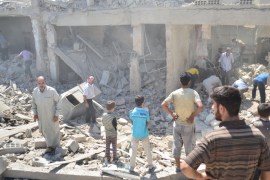