In a recent column for Al Jazeera English,  C J Polychroniou rightly lamented the lack of a significant  presence of critically engaged public intellectuals in Western democracies. In the past, not only did their work fundamentally change the way people think about the world around them, but their public engagement ” mobilised thousands of ordinary citizens to participate in political advocacy”.

Despite their admittedly small number, not only did they mobilise the people, these “giants in our midst” had the power to strike fear into the hearts of the ruling class. But with the rise of neoliberalism, Polychroniou argues, intellectuals became increasingly conformist – either too ensconced in power or too frightened to speak truth to it, and today have far less impact than they once did to shape either public discourse or government policy.

Polychroniou’s argument is comforting despite its pessimistic tone because it posits a relatively easily identifiable villain – neoliberalism, and a logical fix – produce more courageous intellectuals at the cutting edge of the academy.

The problem is that these two claims are both related in ways that Polychroniou doesn’t address and are not easily addressed in the present political and knowledge structures governing Western or global societies.

To begin with, we must ask what precisely happened to the “giants in our midst”. Did they actually disappear because of neoliberalism? That would presuppose that somehow neoliberalism has unique power, both politically and intellectually, to stifle oppositional thinking.

By “giants in our midst” let us presume Polychroniou means scholars or artists who are producing knowledge or art that is so powerful that it fundamentally changes the way we see the world. This might well be true, but there are two major caveats to this claim.

First, it assumes that the problem is with the lack of high-level innovation and creativity among the present generation of intellectuals or artists. But that is clearly not the case. Rather, the towering figures he mentions – Picasso, Einstein, Sartre, Camus, and Chomsky – were operating quite literally on the cusp of a radical change in the very foundations of the way we see the world.

Einstein and Picasso initiated what the French philosopher Gaston Bachelard terms “epistemological ruptures” or “breaks”, which quite literally shattered the existing ways of understanding the world, heralding the new possibilities and uncertainties of what would come to be called the “post-modern” age, even as they also pushed modernity to its highest peaks. The works of Sartre and Camus dealt precisely with the psychological and political ramifications of such breaks – the nausea and sense of absurdity they create.

Today, we are, in a very real sense, in an epistemological trough compared with the peaks of the last century. There are fundamental questions surrounding how to experience, perceive, and order society; but neither scholars nor artists have as yet come up with the new kinds of concepts and vocabularies that could provide new answers.

Or, more accurately, we all know what we need to do to save humanity and much of the rest of the planet from a horrible fate – to convince billions of people to make the changes they already understand to some degree are necessary – yet have so far proved harder to do than continuing with the status quo.

But there is a deeper problem with Polychroniou’s analysis than just the fact that we are not in the midst of a revolutionary change in the foundations of our knowledge and/or experience of the kind that enabled the kinds of intellectuals and aesthetic advances made by the giants of the last century. And that is the names on the list – or rather, the names not on the list.

The list is made up entirely of European and American men. There are no Africans, Latin Americans, Asians, or women. By Polychroniou’s analysis, the giants are men of European decent. And they were all men whose advances were at the aesthetic and intellectual levels.

The point is not that the men he lists aren’t worthy of the consideration he’s given them. It’s that there are so many giants outside Polychroniou’s ethnic, gender and geographical box. It’s crucial to remember that some of the greatest advances in art and science – ideas that either motivated or are deeply resonant with those of an Einstein or a Picasso – come from Africa, India and other non-Western cultures. At the same time, however, other cultures aren’t necessarily governed by the same epistemological and aesthetic systems as those dominant in the West, at least not solely.

What scholars like Jean and Jon Comaroff and Raewyn Connell brilliantly term “southern theory” or “theory from the south” is both related to yet able to operate independently of the dominant intellectual and aesthetic systems in Europe and North America, and indeed in many ways have moved beyond them. Yet, they are rarely considered in the political and intellectual debates of “Western” intellectuals.

The Nigerian author Odia Ofeimun demonstrates this wonderfully in his book ” In Search of Ogun: Soyinka in Spite of Nietzsche“, an exploration of the African rhizomes connecting local systems of knowledge with Western paradigms for governance through the trajectory of a traditional Nigerian deity – Ogun, the philosopher who announced the death of God – Nietszche and the Nobel Prize-winning author Wole Soyinka, whose work shines a powerful light on the  possibilities for a more holistic way of being, living and governing in the world.

Whether it’s Pakistani Sufi rock, Aboriginal Dreamtime paintings, or the magical realism of Marquez or Rushdie, the assumption that the “giants” of arts, letters and science are first and foremost European and men is simply not supported.

At the same time, it seems unduly harsh to critique Western intellectuals for being either coopted or cowed by neoliberalism. The attacks on academic freedom are clearly not at the same level as the McCarthy (never mind Stalin or Mao) era attacks. At the same time, it seems from my own experience unfair to US-based academics to say they are relatively uninvolved in the central political questions of the day.

Most have never been more involved, it’s just that they have less and less power because of structural changes in the way research is funded, and how they gain access to the media and the public sphere.

And on top of that, the kind of public intellectual activism for which Polychroniou advocates is today focused far more on engaged, self-reflective action – what Gramsci famously described as “praxis” – than just on critical thinking in more abstract terms.

Moreover, it is strategically “leaderless” to ensure movements can’t be too easily coopted or decapitated.

There is a sophisticated and rapidly expanding body of knowledge on such strategies, but it exists largely in languages like Spanish (thanks to the influence of the Zapatistas) and Arabic (thanks to the reflections of participants in the original Arab Spring protests) which are not often utilised by the international intellectual elite.

When women and people from the global South are considered equally as worthy of consideration as the largely male European and American giants of the past, the epistemological breakthrough to new ways of thinking and doing for which Polychroniou rightly argues, will be that much closer to arriving. 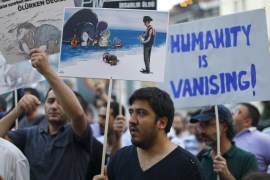 Whatever happened to critical intellectuals?

Neoliberalism combined with the disappearance of critical intellectuals spell a bleak future for Western democracy. 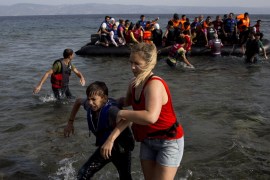 A single image appears to have the potential to change the course of history.