On the surface, the historic nuclear deal between the Islamic Republic of Iran and the world powers is primarily a non-proliferation agreement.

Suspicious of Iran’s intentions, the Obama administration and its European partners have framed the agreement as an arms-control mechanism aimed at keeping Tehran’s nuclear programme within strictly civilian parameters.

Thanks to the proactive diplomatic efforts of Tehran and Washington , a growing number of high-profile Democrats in the US Congress as well as Gulf Arab countries, particularly Qatar, have openly expressed their support for the nuclear deal.

It well looks like the Obama administration has enough legislative support to overcome Republican and Israeli opposition.

From the Western perspective, the nuclear deal represents the most important security agreement since the signing of the Intermediate-Range and Shorter-Range Missiles (INF) Treaty between Washington and Moscow during the twilight years of the Cold War.

Meanwhile, Iran has successfully managed to legitimise its nuclear enrichment programme, protect its rights as a member of the Non-Proliferation Treaty, and ostensibly end its pariah status in favour of greater integration and interaction with the international community.

RELATED: Iran deal and Turkey: time for a soft-power reset

A closer look, however, reveals how two years of non-stop negotiations – anchored by patient and determined diplomatic manoeuvres of both Tehran and Washington – has triggered a seismic shift in the global geopolitical landscape.

Almost two centuries ago, Vienna served as a crucial venue for the establishment of a new order in Europe, ending years of devastating wars during the Napoleonic age in favour of a carefully constructed balance of power system.

Once again, the beautiful European capital has facilitated the carving out of a new international order.

One of the most important implications of the comprehensive nuclear agreement between Tehran and the great powers is the renewed faith in the power of diplomacy.

For more than a decade, the prospect of a devastating confrontation between the US and Iran extended a dark shadow across an already unstable region.

Insisting on keeping “all options on the table”, several American administrations – not to mention Israel, which has repeatedly vowed to preserve its rights to defend its interests – have threatened military intervention in order to derail Iran’s burgeoning nuclear programme.

But after years of acrimonious statements and fruitless negotiation, the Obama administration was finally able to find a reliable counterpart in Iran.

President Hassan Rouhani pulled off a landslide victory during the 2013 elections by promising not only to end the debilitating sanctions against Iran, which is crucial to ending the country’s economic conundrum, but also a new chapter in Iran’s relations with the Western world.

Together with Javad Zarif, his articulate and astute foreign minister, Rouhani was able to garner support from the Iranian establishment in favour of opening up new communication channels with the West.

Obviously, the final agreement falls short of fulfilling all the major demands of both sides. Certain supposedly “red lines” may have been stealthily crossed, and hardliners on both sides of the fence have unsurprisingly expressed their discontent.

But as Robert Jervis, a leading political scientist, explains, “It is extremely rare for one side, let alone both, to get everything that it could. In almost all cases, the two sides’ preferences do not meet at a single point, but instead have some overlap…”

Thanks to the “extraordinary intelligence and luck” of negotiating parties, they were able “to squeeze out the last drop” of concessions from each other after missing multiple self-imposed deadlines.

Eager for a new, brighter future, the Iranian streets exploded into celebrations after the announcement of the comprehensive agreement.

Reportedly, some were even overoptimistic, going so far as anticipating that “after a month America will reopen its embassy and the good man, President Barack Obama, will visit Iran”.

The Obama administration, however, insists that it isn’t counting on any major reconfiguration in bilateral relations with Iran anytime soon.

But the Iranian nuclear deal is in many ways comparable to the Nixon-Mao rapprochement in the early 1970s, which paved the way for not only a new relationship among two powerful nations, but also transformed the domestic politics of a long-isolated revolutionary state.

Crucially, ahead of the 2016 Iranian parliamentary elections, the nuclear deal has significantly strengthened the hand of pragmatist-reformist factions in Iran, who have coalesced behind the Rouhani administration and are expected to enhance their influence in the country.

This is akin to how the US-China rapprochement strengthened the position of post-Mao leaders like Deng Xiaoping, who discarded ideological rigidity in favour of pragmatism and reform at home.

And similar to the case of China, an Iran-West rapprochement holds the promise of unlocking one of the world’s most promising markets, with broad implications for the global economy.

Blessed with one of the world’s largest hydrocarbon reserves, Iran is expected to benefit from huge investments in its oil and gas industry, which will have a significant impact on the global energy markets.

Aside from its natural riches, Iran’s robust manufacturing sector, deep human capital, and booming science and technology sector collectively represent the ingredients of the world’s next major emerging market.

Just as the rapprochement between Beijing and Washington paved the way for decades of symbiotic relationship in the late 20th century, the Iranian nuclear deal may have opened up much-needed space for strategic cooperation between the West and one of the Middle East’s most powerful and enduring nations.

In terms of geopolitical dividends, Iran has expressed its willingness to cooperate with Washington on a whole range of issues of common concern, particularly in the protracted campaign against Islamic State of Iraq and the Levant (ISIL) in Iraq and Syria.

The stakes behind the negotiation of the Iranian nuclear deal and, even more importantly, its successful implementation couldn’t be any higher. 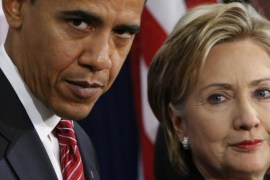 The Iran nuclear deal and the Obama Doctrine

The US president’s use of ‘smart power’ can outsmart his opponents for the moment, but Iran is not lagging behind. 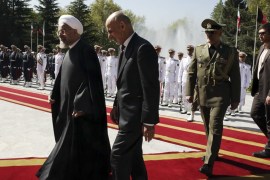 The nuclear agreement could be a vital booster for the restoration of Afghan heritage.